The Warriors may not be playing for much more than pride, but they’ve given a parochial home crowd plenty to cheer about with a thumping 42-18 win over the Bulldogs.

Last week’s defeat to the Rabbitohs was, for the most part, a uninteresting showing in their old temporary home of the Sunshine Coast – but back in the friendly confines of Mt Smart Stadium, they fired on all cylinders.

Reece Walsh laid on a couple of tries with his ball playing, but the highlight was undeniably a Shaun Johnson solo try that sealed the result with five minutes left.

The 31-year-old turned back the clock as he sent Kyle Flanagan the wrong way with a dummy, and then did likewise to fullback Jake Averillo with another, before diving underneath the posts. 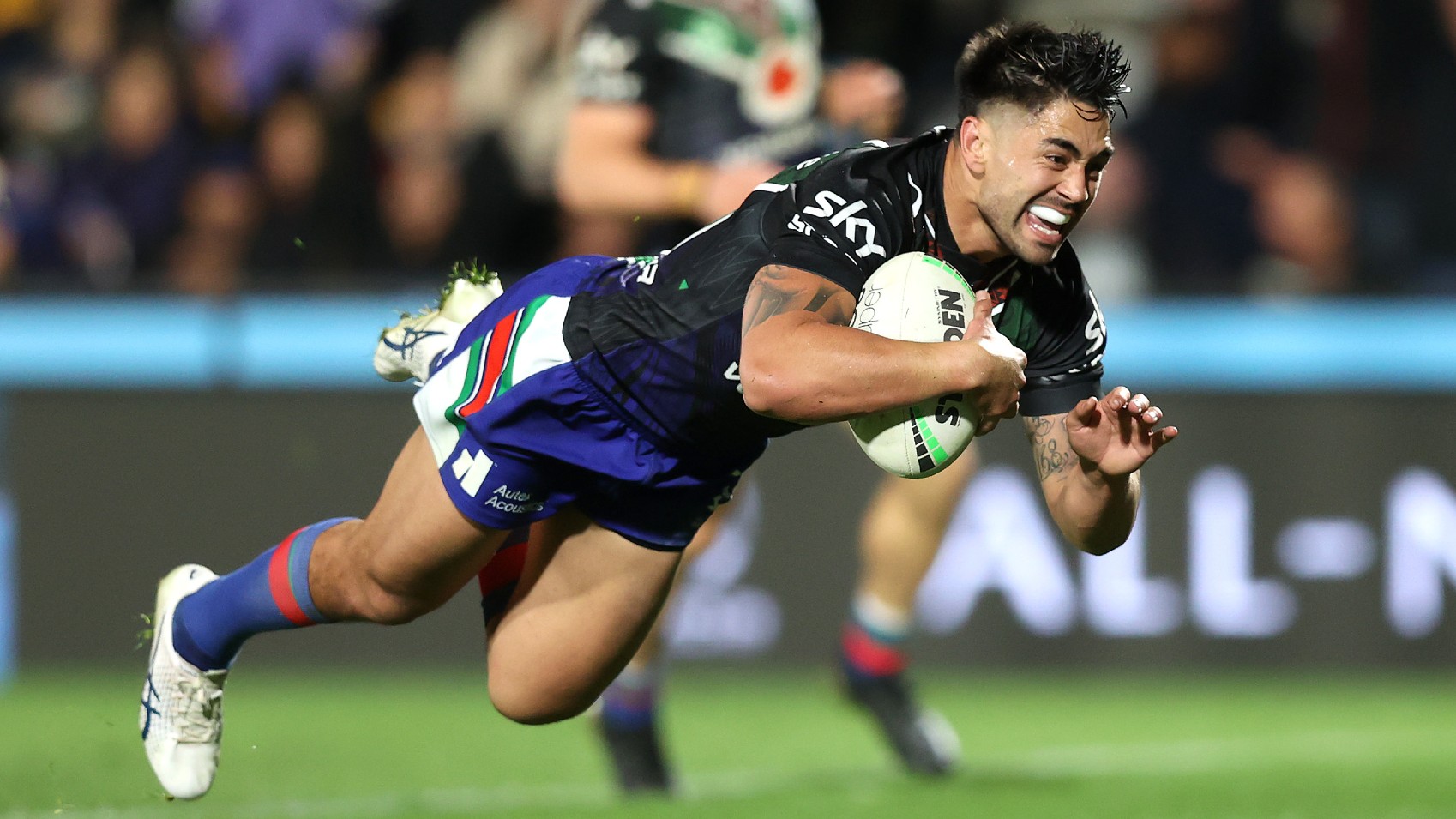 Two more tries – to Ed Kosi and Addin Fonua-Blake – padded the scoreline in the final minutes, but it was a deserved win for the home team.

Canterbury were gifted both of their second half tries in a 40 minute period that was almost entirely played in their own half; the first off a Reece Walsh dropped ball, and the second via a 90 metre Josh Addo-Carr intercept.

The Fox flew away to level the scores, but the Dogs would not score another point after that.

The Warriors have been a different beast since moving home, smashing the Tigers and hanging in gamely against a Storm side that beat them by 60 earlier this year.

They’ll get one more chance at home to end the year when they host the Titans in the final game of the season.