In a week of unprecedented tragedy in rugby league, a tale has emerged to warm the hearts of shell-shocked rugby league fans.

Paul Green’s death stunned the league world – and has brought to the forefront of attention the insidious black dog.

No player – or young to middle aged person – is immune to the illness, even rugby league’s latest rock star, Nicho Hynes.

Hynes is rugby league’s coolest cat in 2022 – movie star looks, amazing talent and the class to come up with the big plays.

But it wasn’t always like that for the superstar 26-year-old. While an unknown youngster trying to make a name for himself in the big league just four years ago, Hynes suffered lack of self confidence and bouts of self doubt while also working as a teacher’s aide at a Mackay primary school in north Queensland.

“It’s hard to believe now, but Nicho did have a few mental health issues early on,” said Storm boss Frank Ponissi, who was instrumental in bringing the utility back to Melbourne.

“Aaron was great for him and the two have a special bond,” Ponissi said.

The pair moved to the Storm together and became best buddies, before going their separate ways this year – Hynes to the Sharks and Booth to the Titans. 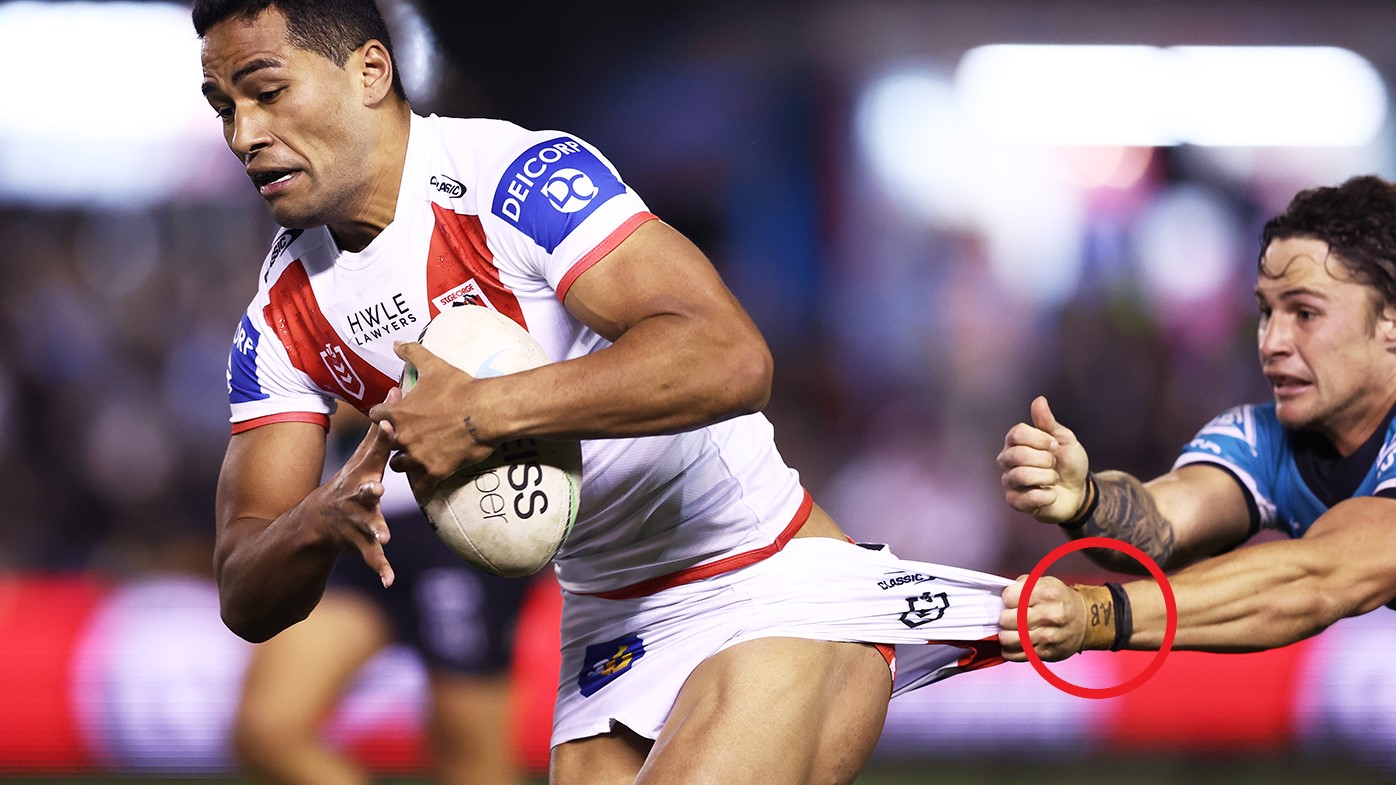 So when Booth suffered a serious season-ending knee injury two weeks ago, Hynes wrote the letters ‘AB’ on his wristband as a tribute to his buddy last weekend against the Dragons.

In words that now send a chill down the spine, Hynes said after the win over the Dragons “‘AB’ just about saved my life… that’s why I wore his name on my wristband.”

The Hynes situation highlights the Black Dog dilemma in modern society – and shows how important it is that all men reach out for help when they feel the need.