The AFL appeals board’s decision to overturn Patrick Cripps‘ two-match ban is set to come under further scrutiny after St Kilda’s Brad Crouch found himself in a hot water over a high hit of his own.

Less than 24 hours after the Carlton captain was freed to play in his side’s final two home and away matches, Crouch cleaned up Brisbane defender Darcy Gardiner with a bump that looked to be both late and high during the Lions’ 15-point win over the Saints at the Gabba.

The hit left Gardiner needing medical attention on Friday night, but the spectre of the AFL’s call on Cripps a day earlier left those watching confused as to what penalty crouch would receive.

“We don’t know what’s going on. ‘Procedural fairness’, come on. 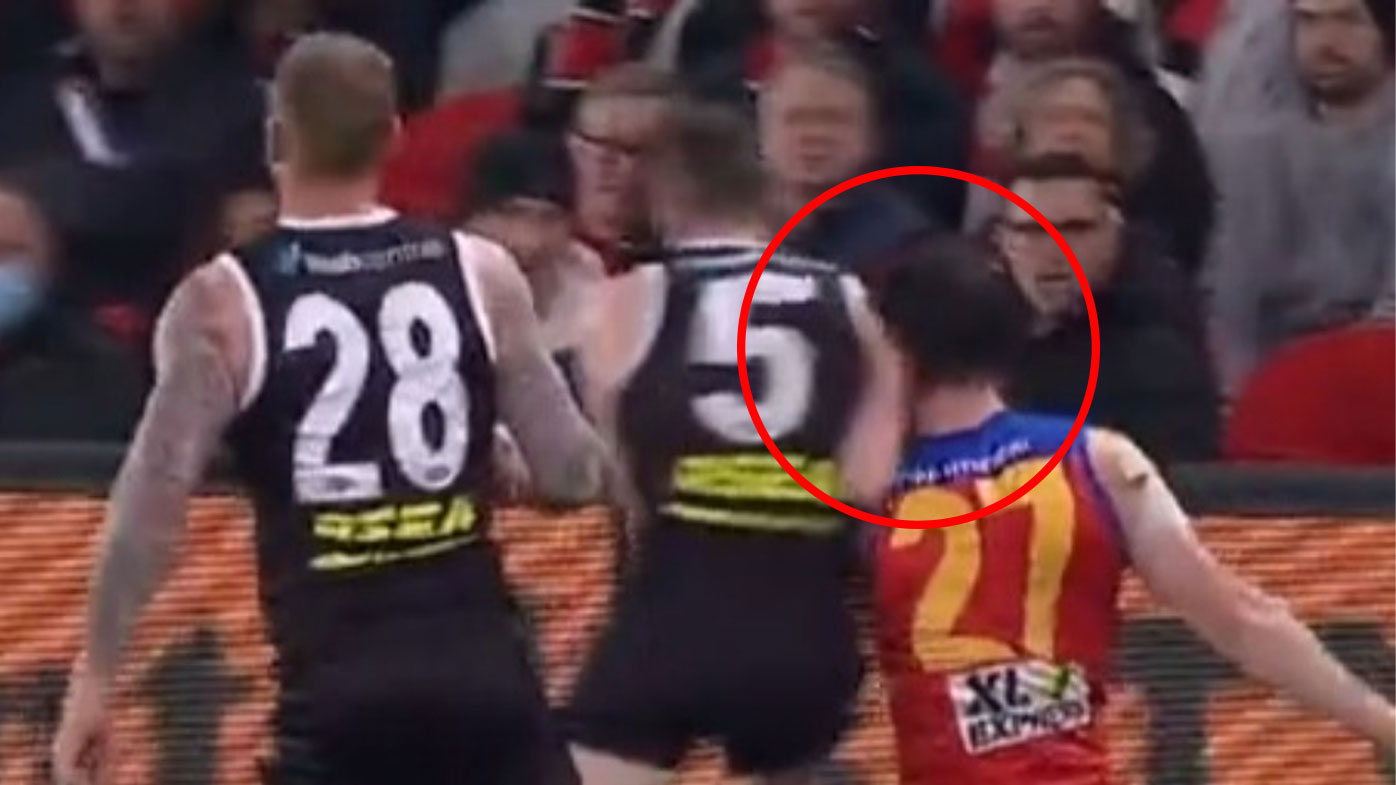 “I hope this is not the start of a long concussion run for Callum Ah Chee, because we’d go back to this moment and go ‘This is an AFL that makes a lot of noise but (doesn’t do enough)’.”

Seven’s commentary team was also left confused at the time of the incident.

“That’s weeks. At least a week and anything upward of that hinges on what those doctors are working out right now,” said AFLW star Daisy Pearce.

“That’s not good I don’t think. That’s head contact with a bump and it could’ve been a tackle,” former Collingwood and Richmond star Brian Taylor added.

“You say that, but in the current landscape how would anyone know?” he said.

Crouch and the rest of the AFL world will find out tomorrow what the match review officer Michael Christian’s verdict is on the bump.