Kyrgios stunned by ‘shot of the year’ in win

Nick Kyrgios has continued his red-hot form going into the US Open, but it was his opponent who stole the show with an incredible shot.

After winning both the singles and doubles in Washington earlier this week, Kyrgios advanced to the second round in Montreal with a 6-4, 6-4 win over Argentina’s Sebastian Baez, but it was the latter who produced a tweener lob that left the commentary team stunned.

READ MORE: Serena announces she will ‘evolve away from tennis’

Kyrgios could only smile after feeling what so many of his opponents had felt over the years – what looked like a routine volley winner at the net was returned over his head, via an audacious between-the-legs shot from his opponent.

“He’s got a lot of ground to cover, almost overruns it – and then the flight, to perfection.

“He draws a smile from Kyrgios who knows he’s probably been outdone for shot of the match.”

At deuce and leading 5-4 in the second set, Kyrgios set up match point with a delightful drop shot, before an emphatic forehand sealed the deal. 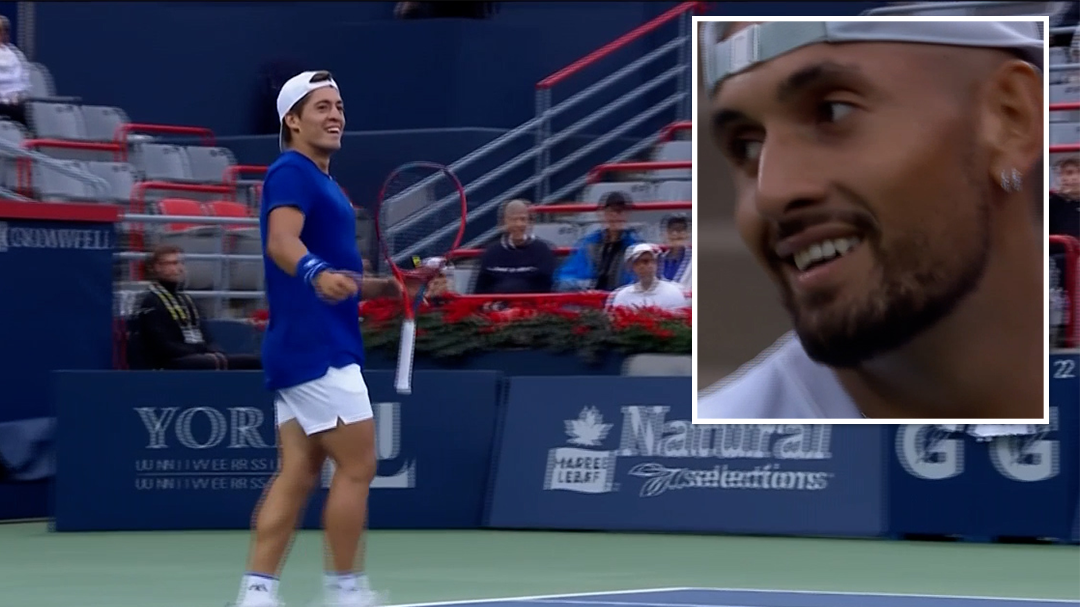 The win was Kyrgios’ seventh-straight on the singles circuit, and now sets up a mouth-watering clash with Daniil Medvedev.

“It’s never easy – I haven’t really had much sleep in the last couple of days but I’m trying to put that behind me already.”

He conceded that he hadn’t really “played great tennis” in Montreal in the past, and wanted to rectify it. 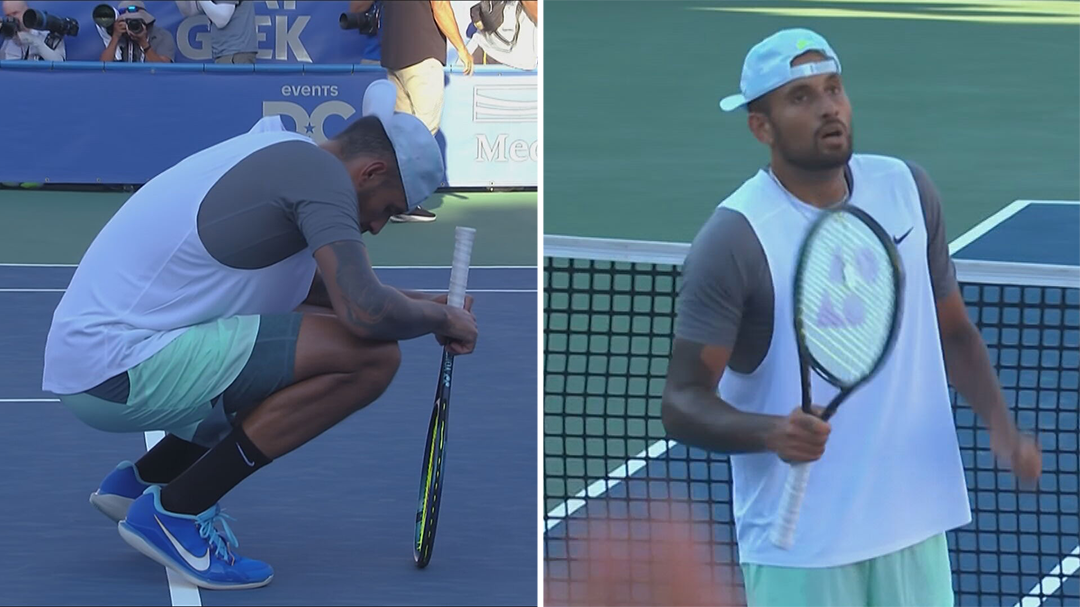 “I wanted to come out here today and just try and get that match-up. Obviously playing Medvedev next is a great test, and he’s obviously coming off a title as well,” Kyrgios said.

Kyrgios leads the head-to-head against the Russian 2-1 – beating him in the final at Washington in 2019, and in Rome in the same year – before losing to him at this year’s Australian Open.

“On rankings, he’s the number one in the world. Rankings don’t really say much, the guy I played today was ranked ahead of me – but Medvedev is a hell of a player, the way he plays is so unorthodox,” Kyrgios said.

“He’s a great competitor, and he’s just an animal. I’d like to see where I’m at.

“He’ll probably be feeling a little bit fatigued as well – I know I am, but I’m going to give it my best shot.”

Should Kyrgios win, it could potentially be an all-Australian clash in a round of 16, with Alex De Minaur taking on Grigor Dimitrov after beating Denis Shapovalov, 7-5 7-6.