Kangaroos veteran Ben Cunnington is set to play his first match of the season after overcoming two bouts of testicular cancer.

Saturday afternoon’s clash against the Adelaide Crows will be the on-baller’s first match since round 19 last year.

Cunnington’s selection in North Melbourne’s line-up was confirmed on Wednesday with interim coach Leigh Adams asking the 31-year-old’s teammates what it meant to play alongside him.

“You just know what you’re going to get every single time. We really missed him last year. I’ve got goosebumps,” defender Luke McDonald said. 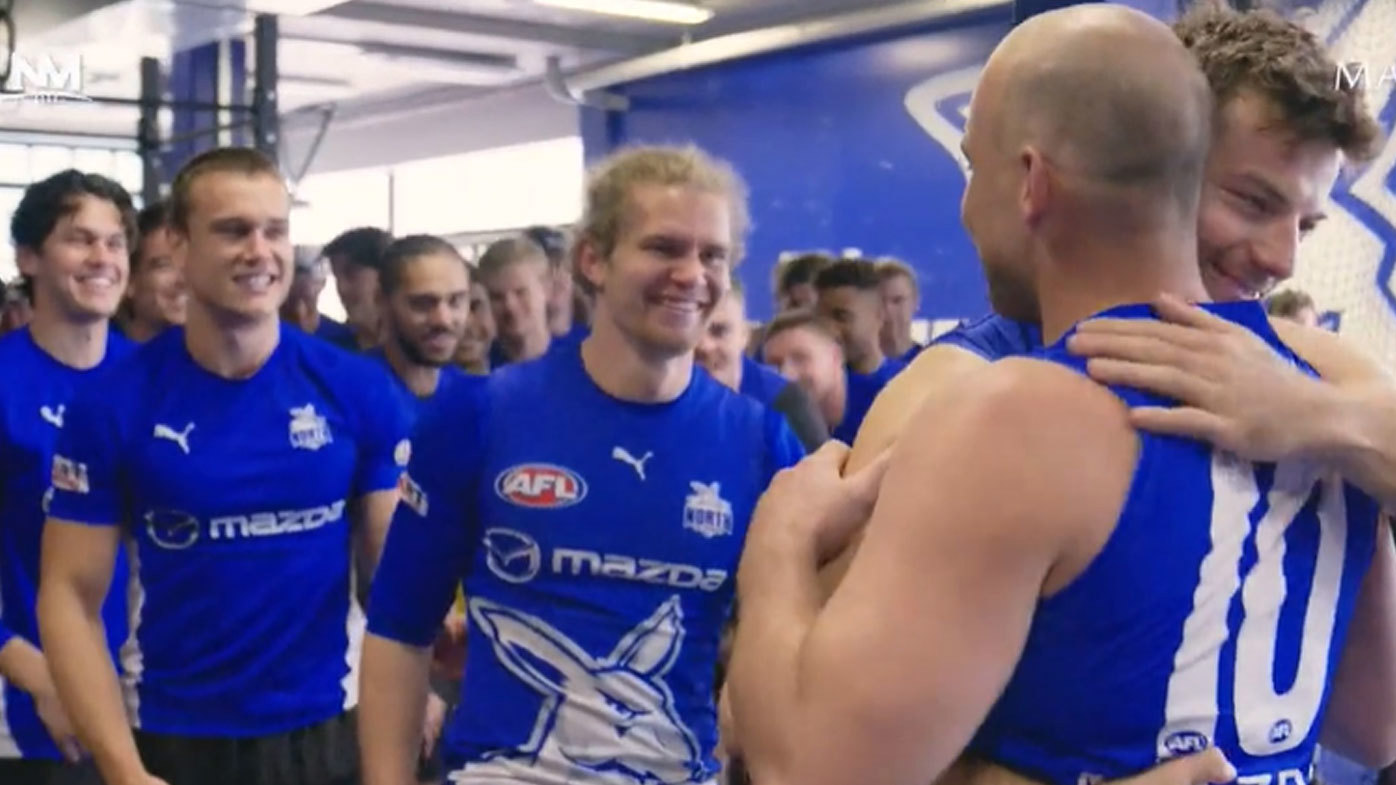 “You just know he’s got your back no matter what. He’s the heart and soul of this club so it’s a pretty big occasion,” Roos skipper Jack Ziebell added.

It was then Cunnington’s turn to share some words, and the two-time club best and fairest winner was overcome with emotion.

“I thought I loved my life outside of footy … you think you could finish up and be happy with it, but until it gets taken away from you and you’ve got no control over it, you soon realise you still love it,” he said.

“I went through what I’ve had to go through and without the support I couldn’t have got through. 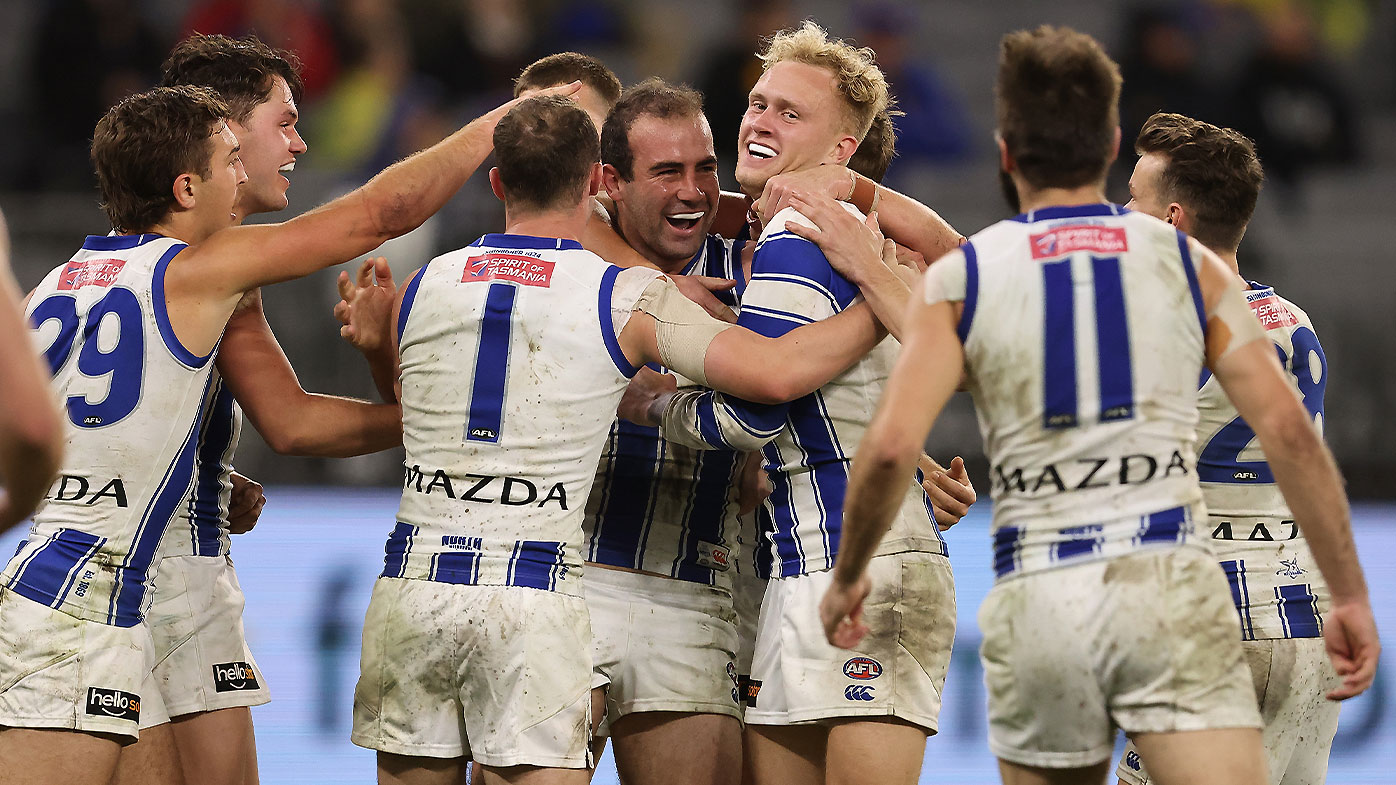 “I’m here now, I’m hungry and I feel like I’ve worked hard and I’m in a position to hopefully help you boys out again. I’m keen as ever.”

After being drafted fifth overall in the 2009 draft, Cunnington has been at the centre of North Melbourne’s on-ball brigade over the last decade.

He played a key role in a Kangaroos side that reached two preliminary finals in 2014 and 2015 and had been one of the most durable players in the competition before his cancer battle.

Cunnington’s football future beyond this season remains unclear with his current deal expiring at season’s end.