North Melbourne greats Wayne Carey and Anthony Stevens had to be separated after engaging in a nasty verbal stoush with each other at a Melbourne pub on Saturday night.

The blow-up is believed to have occurred at the Victoria Hotel in Yarraville, where former Kangaroos players had gathered to celebrate North Melbourne’s 1996 premiership win.

The pair have history after Carey infamously had an affair with Stevens’ wife Kelli in 2002, which tore the club apart.

But their relationship had seemingly repaired somewhat in recent years, with the latest run-in leaving their ex-teammates stunned. 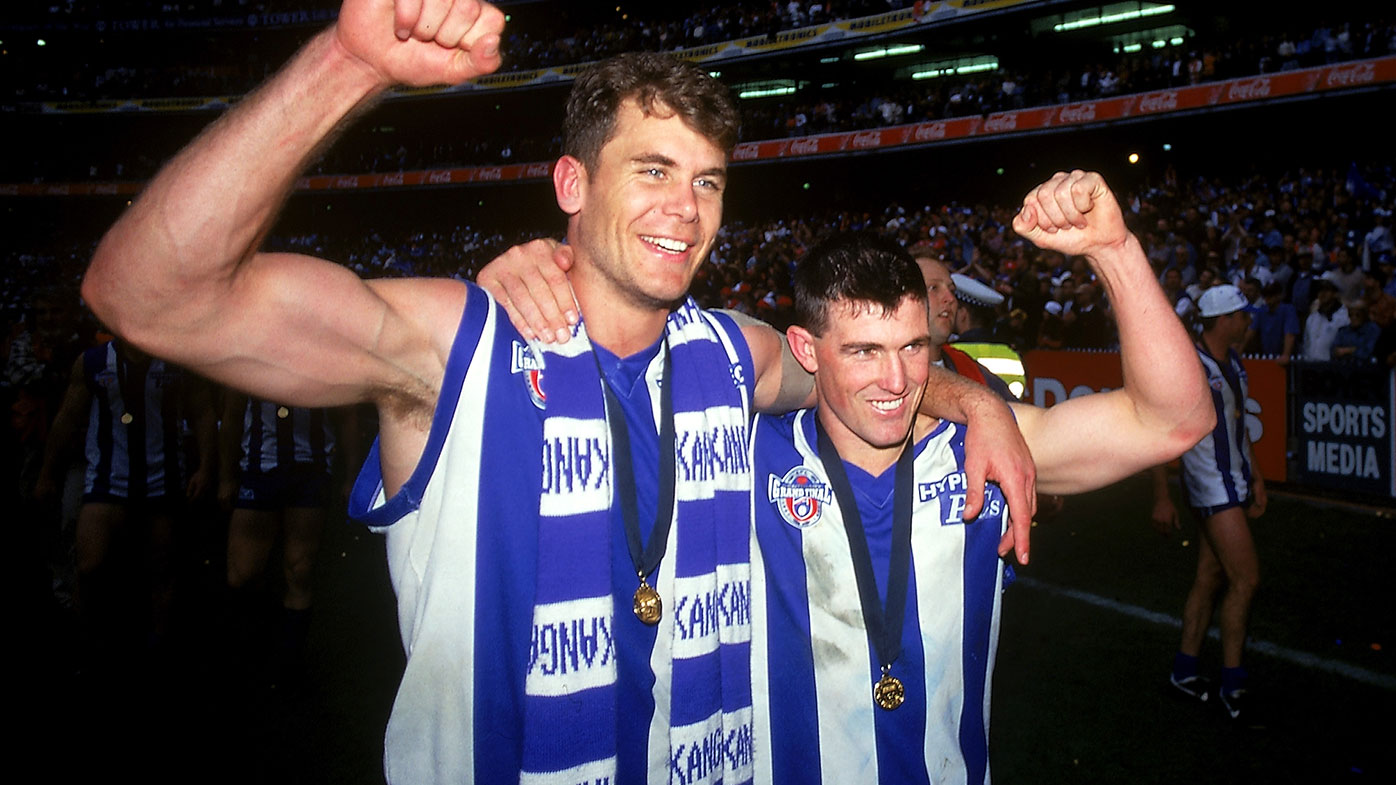 Carey allegedly started the argument, accusing Stevens of talking about him behind this back and acting two-faced when around him.

Witnesses said at one stage the pair had to be separated.

Stevens, a current board member and president of North Melbourne’s past players association, chose to not take part in the club’s motorcade around Marvel Stadium ahead of the Roos’ game against Sydney, reportedly due to his devastated reaction to the heated exchange.