There wasn’t a dry eye on the desk when golf icon Sir Nick Faldo bid farewell to television after 16 years on the microphone.

The 65-year-old will retire from commentating, his final gig being the Wyndham Championship which Kim Joo-hyung won on Monday morning (AEST).

At the conclusion of the tournament, Faldo farewelled the audience and his three CBS colleagues – Australian great Ian Baker-Finch, Jim Nantz, and Frank Nobilo.

Faldo – a six-time golf major winner – suddenly broke down crying and could barely get any words out, at first only muttering, “I blew it”, as he was patted on the back by Baker-Finch and Nantz.

“I’m a single child and at 65 I found three brothers, thank you,” the English legend managed to say. 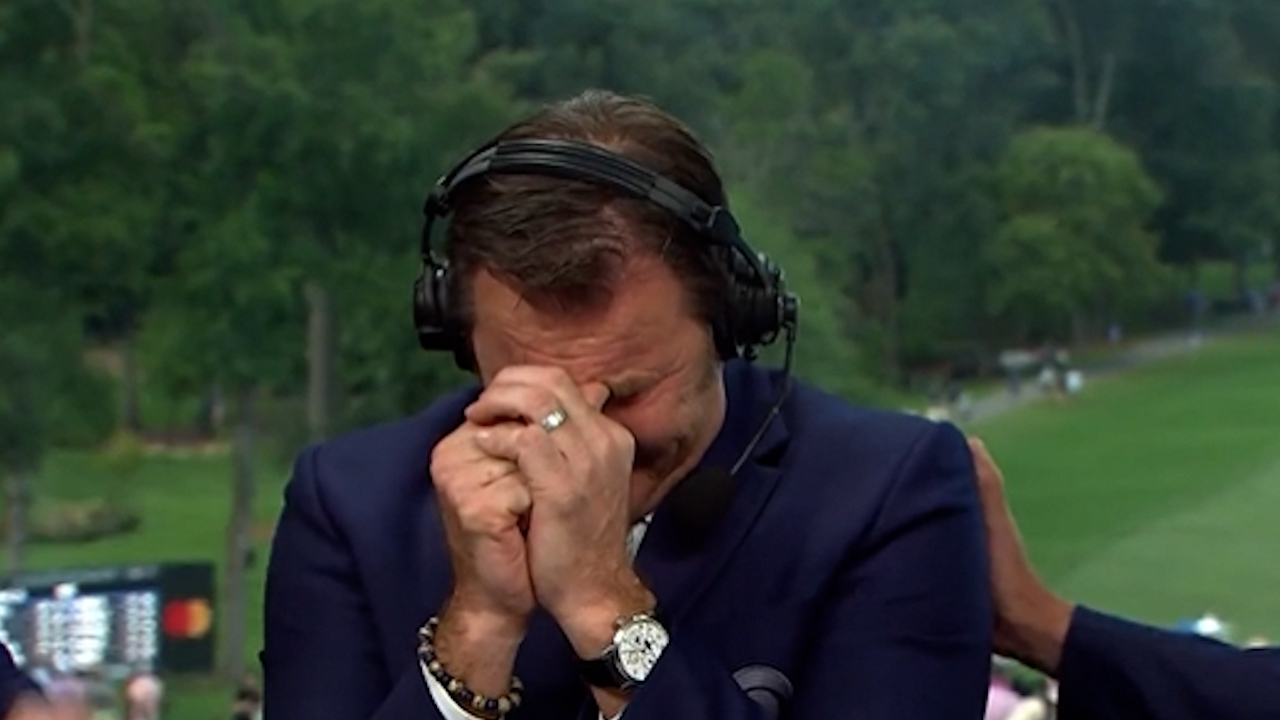 Baker-Finch and Faldo shared a brilliant on-course rivalry during their illustrious careers, and the two men have shared the microphone for many years since as commentators and analysts.

The Aussie also broke down crying as he said goodbye to his close friend and colleague.

“We played together in the final round of 1984, in the final group on Saturday, that was the first time we got to meet,” Baker-Finch said.

“We played many final rounds, and many great rounds paired together over the years, especially in the Open Championships. I watched you in awe win in 1990 at St Andrews when we played in that final pairing together.