Diamonds’ revenge after years of heartache

A third-quarter goal blitz from the Diamonds proved enough to beat Jamaica in a thrilling final, picking up Australia’s 1000th Commonwealth Games gold medal in the process.

In avenging their group-stage loss against their Caribbean rivals, Australia became the first team to win Commonwealth gold having lost a match during their campaign – all previous gold winners have done so undefeated.

Locked up at 29-all at half time, the Diamonds raced out of the blocks early in the third term to lead by nine goals midway through the quarter – an edge the Sunshine Girls were not able to recover. 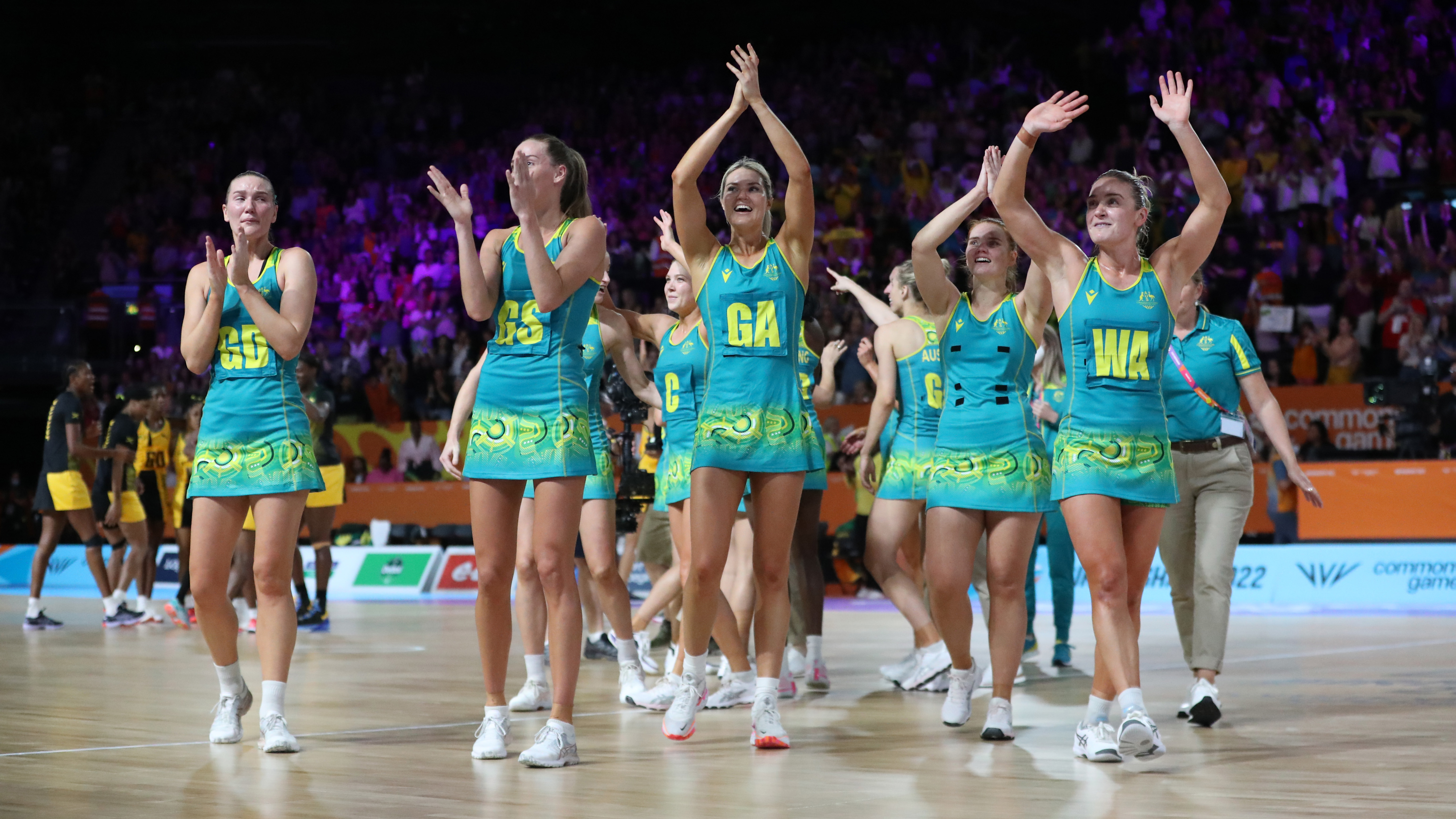 In a physical match up, Australian shooters Gretel Bueta and Cara Koenen were forced to stand tall in the face of Jamaica’s stellar defensive unit of Shamera Sterling and Latanya Wilson.

The Diamonds withstood mounting pressure in the final quarter to take a 55-51 victory in front of 8000 screaming fans, predominately cheering for Jamaica.

Tears flowed after the final whistle, as the Diamonds’ squad members who played in Australia’s heartbreaking one-goal loss to England at the 2018 Games reclaimed top spot on the dais.

With the sport not featured in the Olympics, a Commonwealth title stands in the same tier as achieving World Cup gold.

It’s the fourth time the Aussies have won gold, with previous gold medal teams etched in Australia’s netball history. The runners-up placing is Jamaica’s best performance at a Commonwealth Games.

Speaking after the match, goal attack Bueta told Channel Seven it was important to reclaim gold after the disappointment of losing to England on the Gold Coast four years ago.

“We want to do Australia proud, we want to bring back the gold,” she said.

Man U booed off the field after horror opener