Just as an underdog Zambian sprinter set tongues wagging about an astonishing kick to snatch Commonwealth Games gold in the men’s 400m, attention turned to whether the teen was all right.

Muzala Samukonga had three rivals to mow down at the top of the home straight on Sunday, including two-time European champion Matthew Hudson-Smith, but produced a staggering finish to seize gold in 44.66.

He had pulled off a 1.23-second personal best to clinch the shock triumph, but he quickly descended into a frightening state. 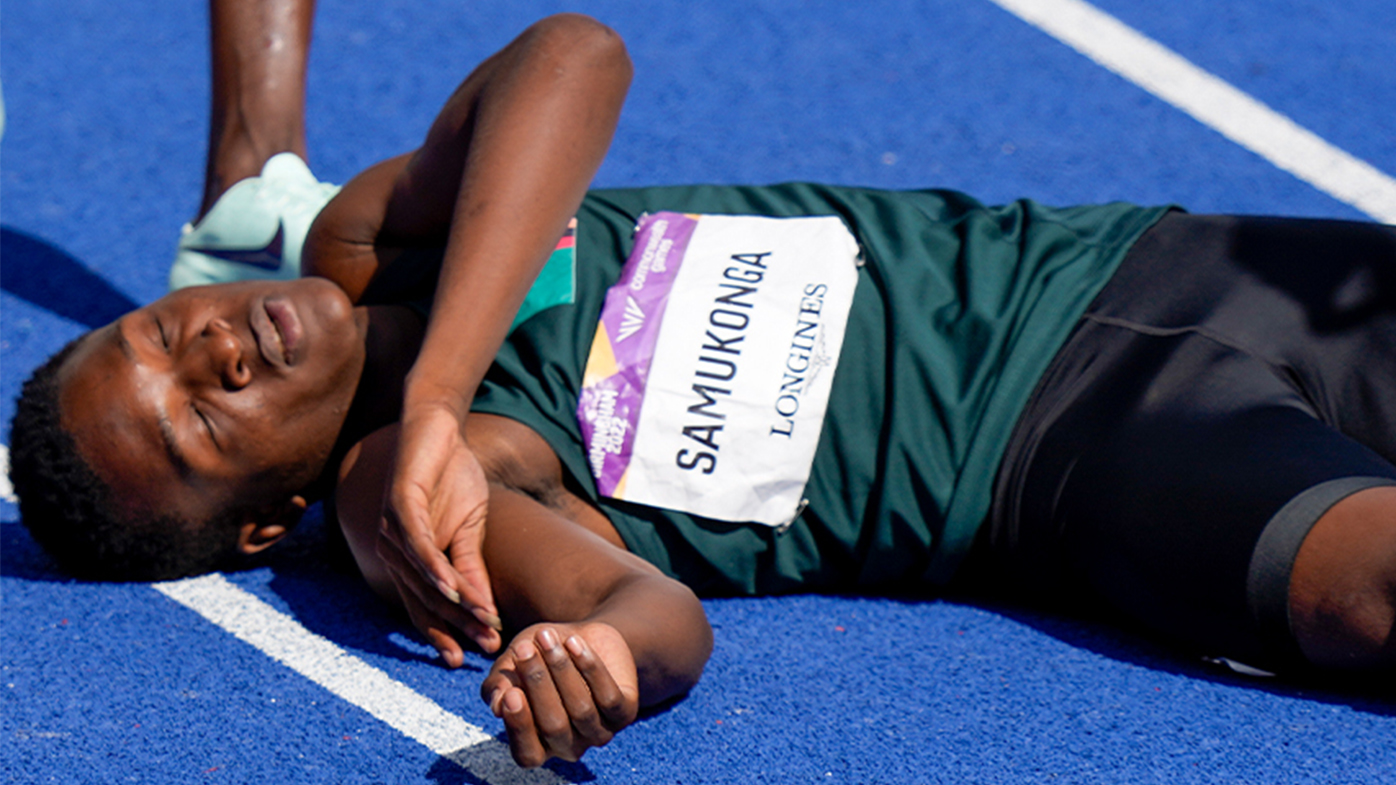 Samukonga collapsed as he celebrated, before getting up and continuing to celebrate but dropping to the ground again.

He vomited and was helped into a wheelchair as the Alexander Stadium crowd applauded, showing its appreciation for his Herculean effort.

Samukonga had also punished himself in his 400m heat, knocking 0.13 of a second off his PB to win the race before careering into a world of hurt.

He collapsed, clutched at his left hamstring, punched his thigh and tried to return to his feet, only to collapse again.

He was taken from the track in a wheelchair. 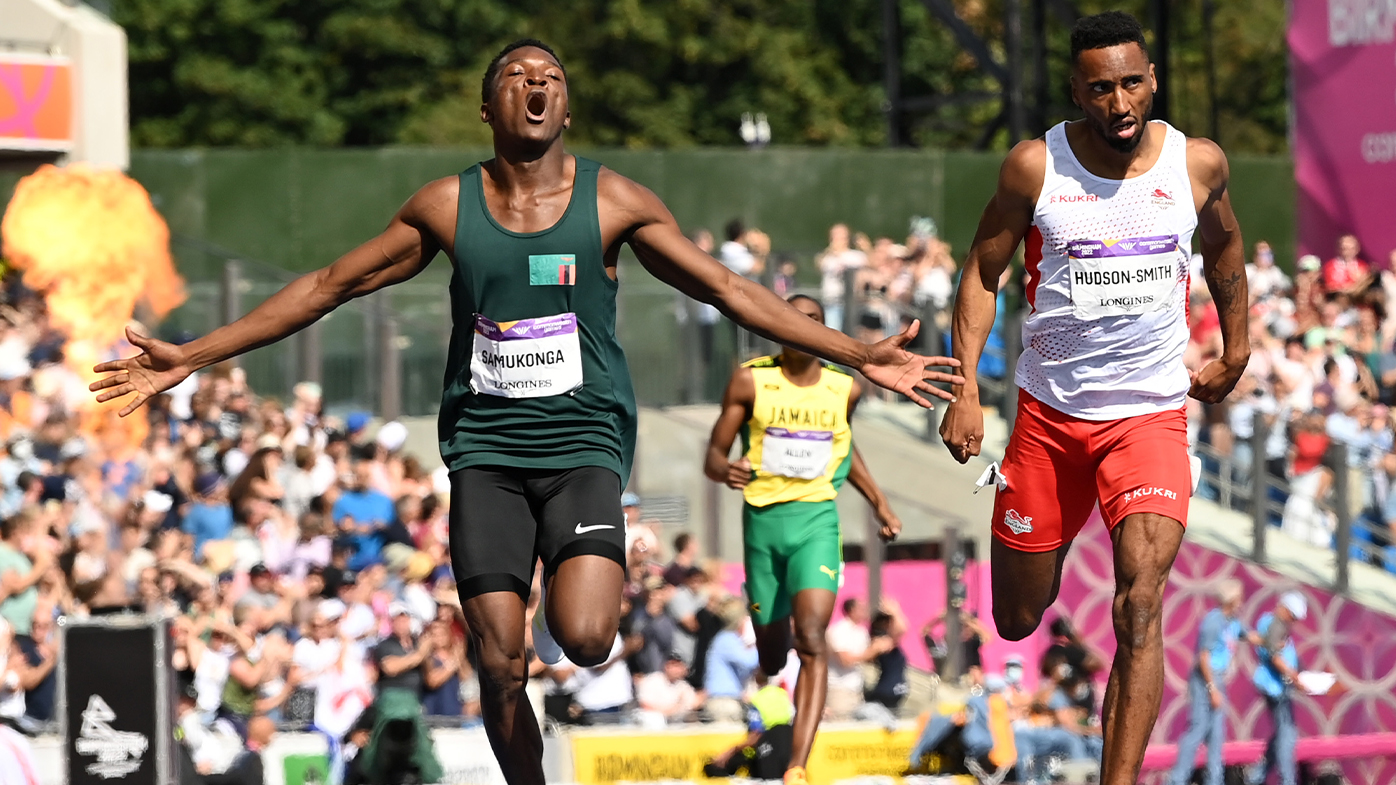 Samukonga’s astounding performance in the final left silver for Hudson-Smith, who posted 44.81, and Jonathan Jones of Barbados pocketed bronze in the 44.89.

As Samukonga broke down in tears during the playing of the Zambian national anthem, Hudson-Smith put an arm around him.

The two-time Olympian’s fastest time of the Commonwealth Games was the 45.98 he had run in the opening round.