Initially, Cameron was given a post-race 10-second penalty. However, he appealed the penalty only to receive a harsher punishment, upgrading the charge to 15 seconds.

The second clash on the opening lap saw another HMO Customer Racing driver in the wars.

In that instance, it was Josh Buchan who got into the side of Ashley Seward Motorsport ace Michael Caruso.

The two-time Supercars race winner found himself facing the wrong way, but would recover to 12th.

For the incident, Buchan was handed a 30-second penalty, dropping him from 10th to 14th and out of position for the top 10 reverse grid race two.

Cameron, who finished fourth, dropped to 13th with his penalty. 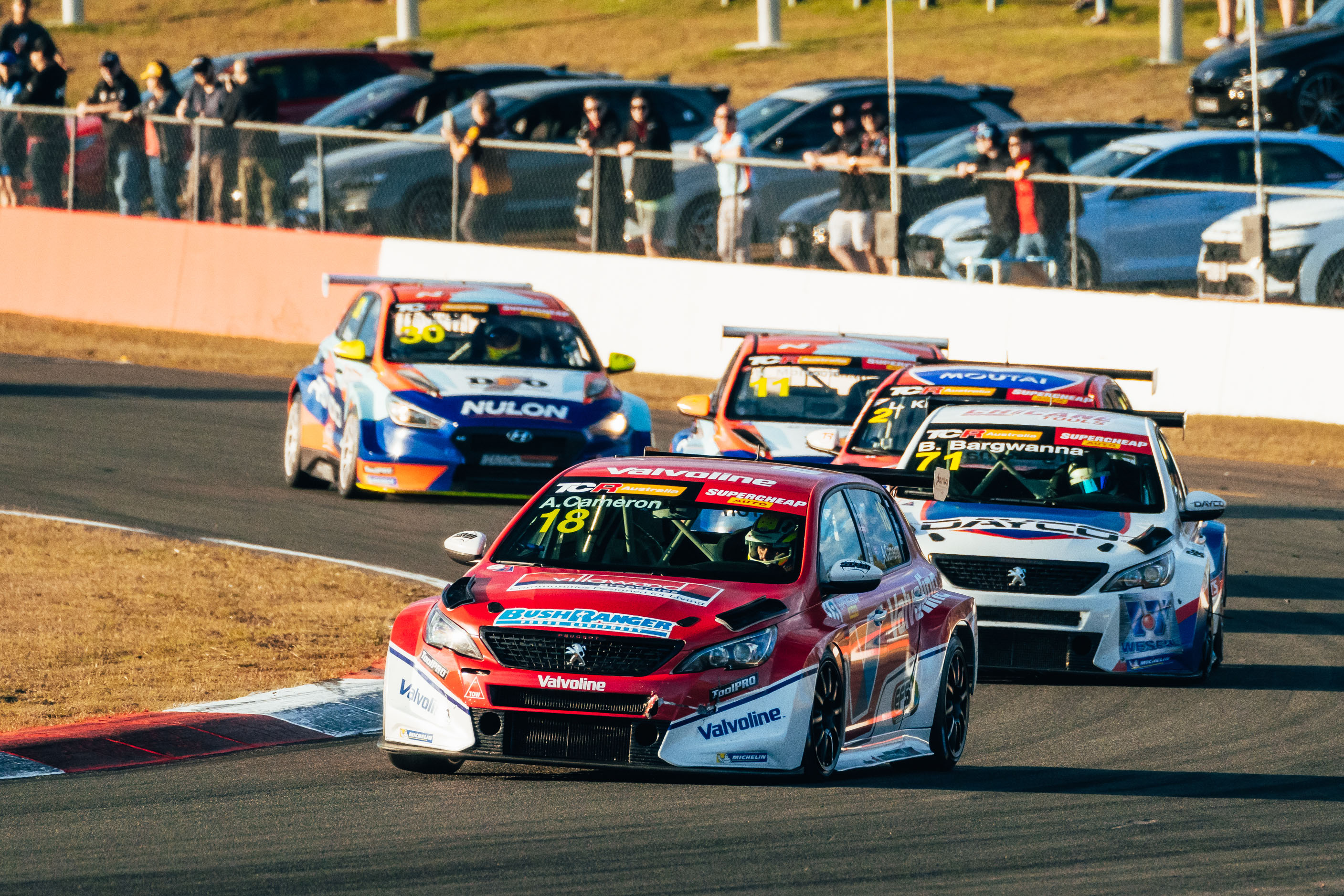 The other notable incident in the race that involved Ben Bargwanna and Nathan Morcom went unpenalised.

Race two of the Supercheap Auto TCR Australia Series gets underway at 12:10pm on Sunday.