Nick Kyrgios has reached his second consecutive final for the first time in his career in extraordinary circumstances in Washington.

Kyrgios’ 7-6(4) 6-3 victory over Mikael Ymer at the Citi Open was his third win in the space of just two days as bad weather in the US capital forced a number of delays.

After his semi-final win over Ymer, Kyrgios revealed he barely slept after his two wins on Friday.

“I didn’t get to sleep until 4.50am. I had so much adrenaline. I ate some dinner, got some treatment and just my body was so sore after last night,” he said courtside.

“It was an epic battle (against Tiafoe). I didn’t really do much today and I felt like my energy was a little flat today early on.

“It’s understandable – I’m only human – but my adrenaline for the final is going to be right there. I’m super excited for it. 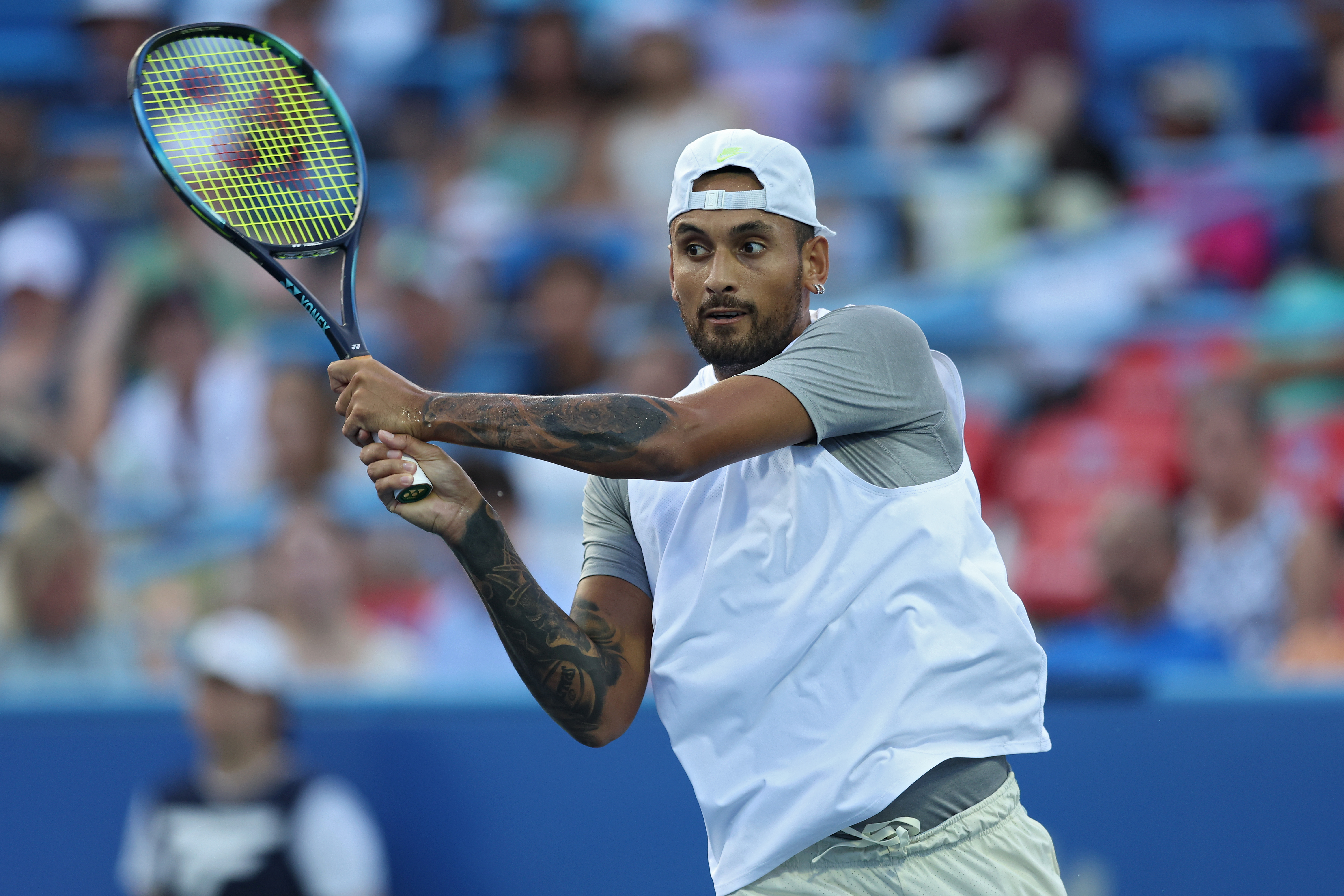 “I’m just happy to be in another final,” Kyrgios said.

Kyrgios has adjusted well to the hot, humid conditions at the hard-court US Open warm-up. He won an uncharacteristic 24-shot rally on Ymer’s serve to go ahead 5-4 in the first-set tiebreak and served it out from there.

In the second set, Krygios secured the only service break of the match on a cross-court half-volley from no-man’s land to move ahead 5-3.

The 27-year-old Australian is No.63 in the rankings but would move to 37th if he takes the title on Sunday. Kyrgios won at Washington in 2019, the most recent of his six ATP titles. 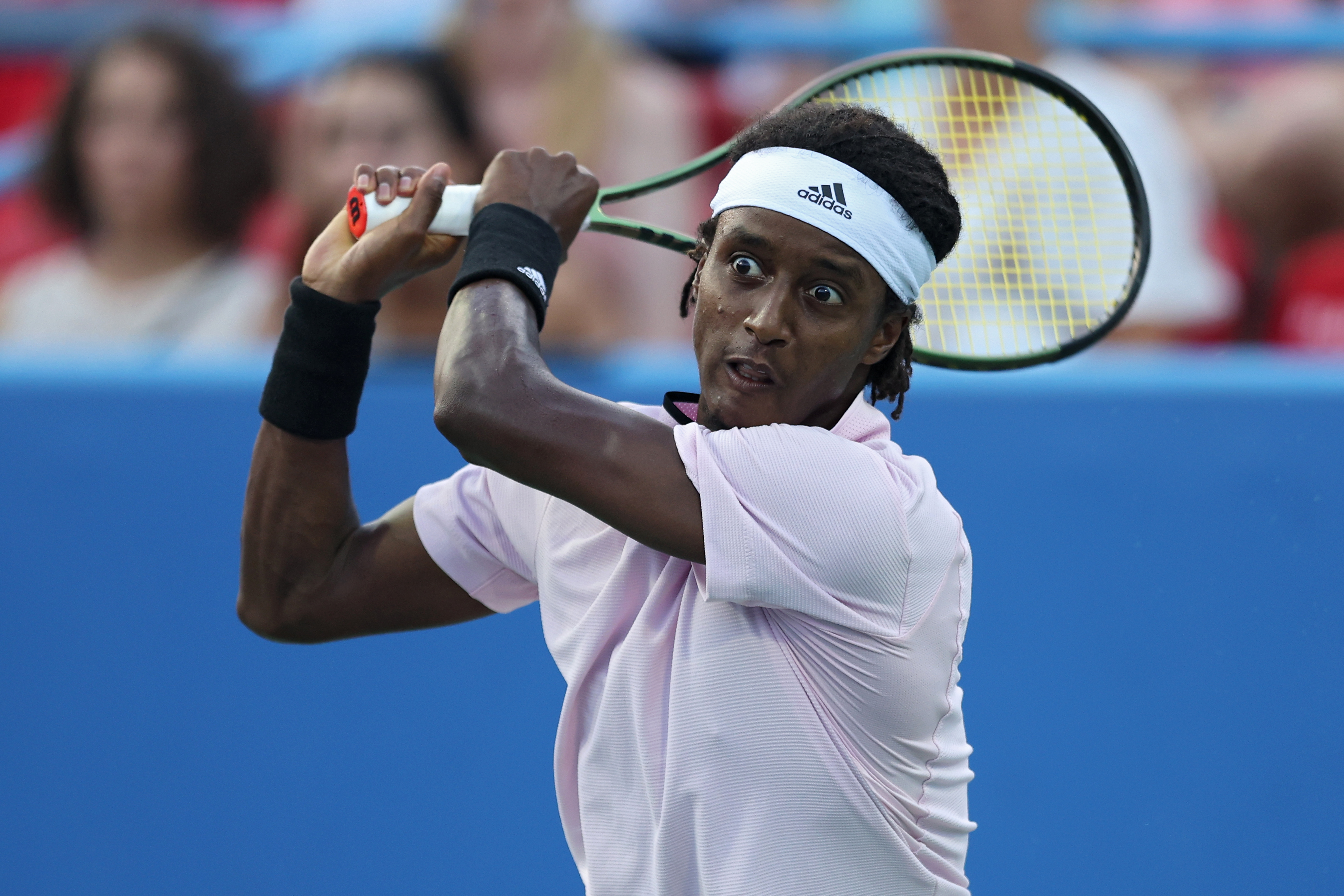 Earlier in the women’s draw, Kaia Kanepi moved within one victory of her first title in nine years, overwhelming Daria Saville 6-3 6-1.

Kanepi, a 37-year-old from Estonia, won the last of her four WTA titles in 2013 in Brussels. But she has enjoyed a resurgence this year, reaching the quarterfinals of the Australian Open, and credits smart scheduling for her continued good form.

“It was amazing, actually, for me. I never thought I would make quarters in Australia. I thought it’s not just my place,” Kanepi, who previously reached the quarter-finals in the other three grand slam tournaments, said. 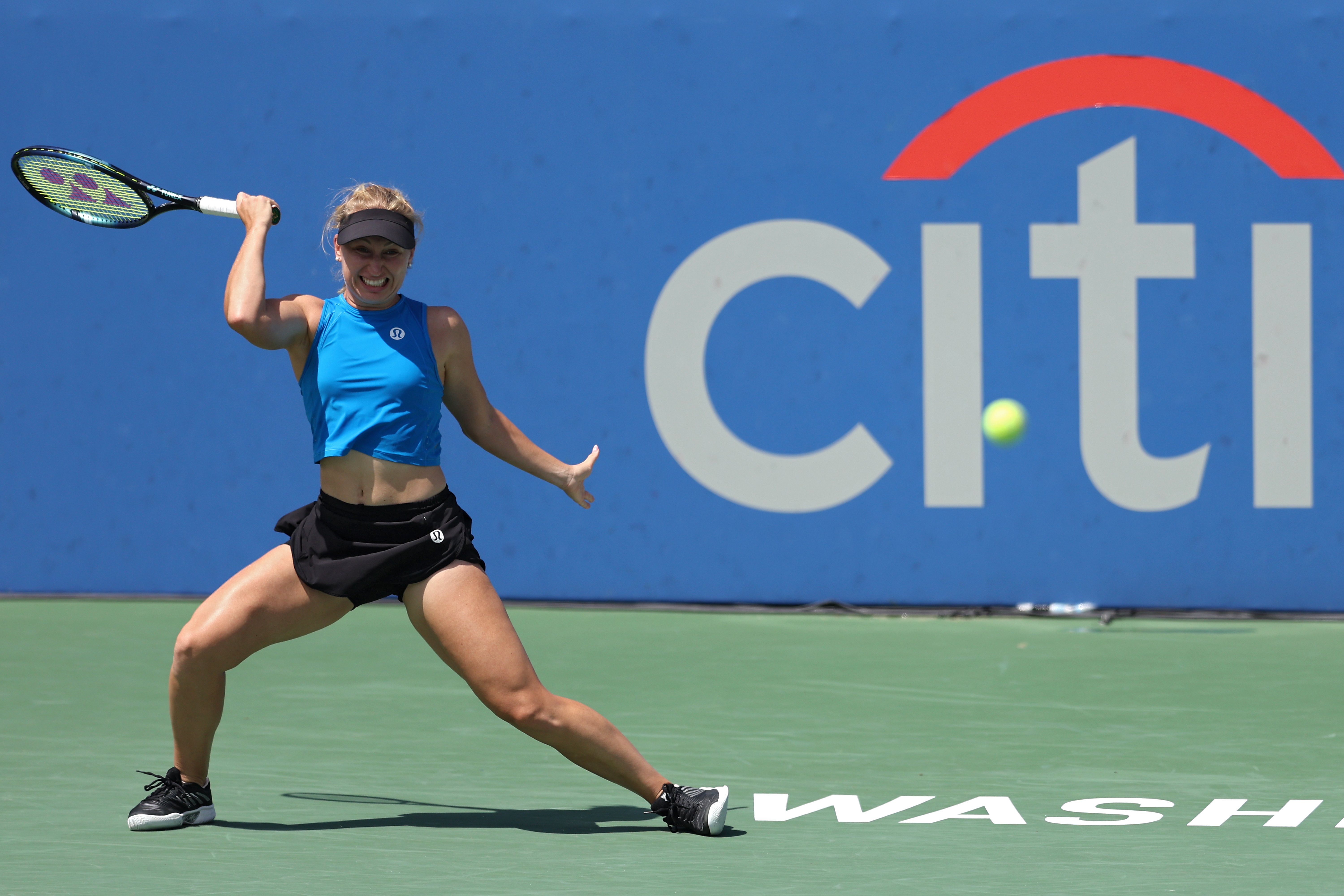 “But I played really well, and then I continued playing well. I actually didn’t put any pressure on myself to achieve something special.”

Kanepi’s match record this year is 19-10, her winningest year since 2013, and she is ranked No.37. She plans to play two more hard-court tournaments before the US Open, which starts August 29.

In the final, Kanepi will face 60th-ranked Liudmila Samsonova, who breezed past Xiyun Wang 6-1 6-1. The 23-year-old Samsonova is seeking her second WTA singles title. She won a hard-court event in Connecticut in 2017.