A frustrated Peter V’landys has accused NSW Premier Dominic Perrottet of breaking promises, as the stoush over renovations to several stadiums in Sydney continues.

A deal was put in place earlier this year to keep the NRL grand final in Sydney for another 20 years, and V’landys said he was told by the premier that planned upgrades for Shark Park, Leichhardt Oval, and Brookvale Oval would go ahead.

A handshake deal took place inside Perrottet’s office in April, according to the NRL powerbroker.

“We looked the premier in the eye, we shook his hand, we did a deal and he’s just blatantly reneged,” V’landys told 2GB this morning.

“That’s the summary. When you do a deal and you shake someone’s hand you honour that agreement.”

But the premier fired back a couple of hours later, saying the ARLC boss was not the person he answered to.

Perrottet defended allegations of pork barrelling in regards to Penrith receiving funding for a new stadium, while others may be set to go without.

Perrottet said it had always been his view that the ‘three great cities’ in Sydney would each have a world class stadium in the new SFS, the new Parramatta Stadium and the soon to be new Penrith Stadium.

V’landys yesterday accused the state government of using the recent floods as a political tool to renege on the deal, despite multiple conversations to the contrary this year.

“This is about the fourth or fifth excuse that’s been given to us,” he said.

Both the Sea Eagles’ and Sharks’ stadiums were earmarked for $100m in funding, with another $50m for Leichhardt Oval.

“We won’t give up, we’re the custodians of the game and we’re going to make sure that the fans do get the facilities,” V’Landys said.

He also said that the $800m upgrades for Stadium Australia at Homebush were a ‘white elephant’ and instead suggested that the money be used to give suburban grounds a facelift. 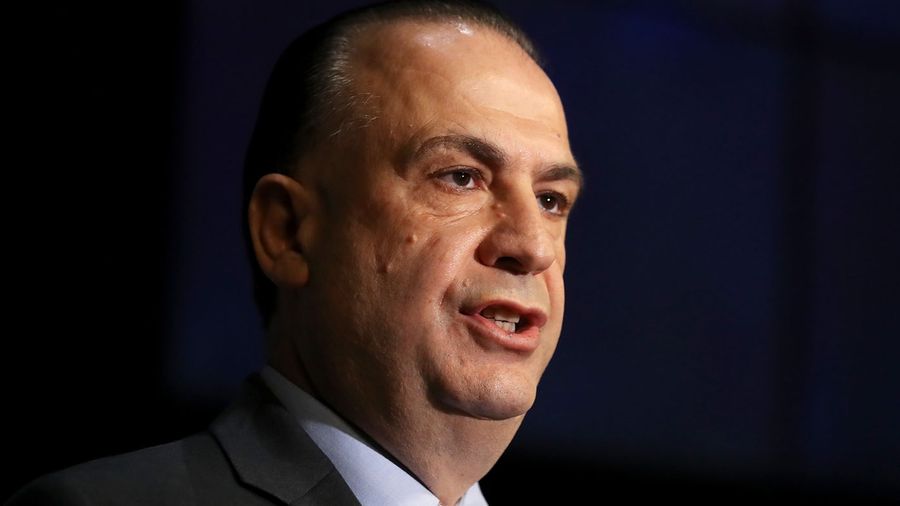 Now, he said, trust could potentially be gone forever.

“They’ve just blatantly reneged – and it’s very disappointing. How is any organisation or business going to make an agreement with the NSW government when it’s got a precedent of reneging?”

The premier defended his stance, refusing to buckle to pressure from the sport, even if it meant losing the NRL grand final.

“That would be incredibly disappointing if we lost the grand final,” he told reporters.

“But the reality is I have to make decisions in the best interests of the people of New South Wales, and we have gone through a very difficult time as a state, I have over 1000 people without a home, based on the flooding that we have seen across New South Wales.

“The cost to the taxpayers, in respect of that event is going to be significant, and my job as premier, when circumstances change, priorities change as well.”