Australian weightlifter Kyle Bruce has been stripped of gold after the jury deemed his final attempt was a no-lift, leaving him with silver at the Commonwealth Games.

Competing in the 81kg weightlifting, Bruce lifted 183kg in his final attempt to seize top spot, but a review identified a buckle in his left elbow.

England’s Chris Murray won gold with a final lift of 181kg and a total of 325, a Commonwealth Games record.

Bruce clinched silver with a total of 323, and Nicolas Vachon of Canada collected bronze with a total of 320. The way things unfolded also irked Bruce, with the Sydney gym owner awarded first place before having the gold taken away.

He said he was “devastated”.

“It’s the worst feeling,” Bruce said. “It’s terrible. It’s such a crap feeling. I feel like I genuinely made the lift. It was given three white lights live when it happened.

“I don’t know how they could turn that over? If it wasn’t a good lift, I feel like they would have made the decision on the spot live. I celebrated and was extremely happy and to have that taken away is pretty hard. “It’s good to review things but I also feel like it brings up a bit too much technicality in the sport and it deters people wanting to do the sport.

“I just want to be respectful but deep down I’m extremely disappointed. I wanted to win that gold.

“To have it and then 30 seconds to a minute later not, it’s absolutely gut-wrenching. I’ll probably turn my phone off for a few hours and just bring some humbleness back. I’m pretty gutted.”

Asked whether the crowd may have influenced the judges’ decision, Bruce held back but jokingly suggested that he hopes to compete in front of a home Commonwealth Games in Australia in four years’ time.

“If it was a home crowd, maybe [I would have won], maybe not. I hate going into the whole politics of it,” Bruce said. “The decision was the decision. I did the best I could for myself and Australian weightlifting.” 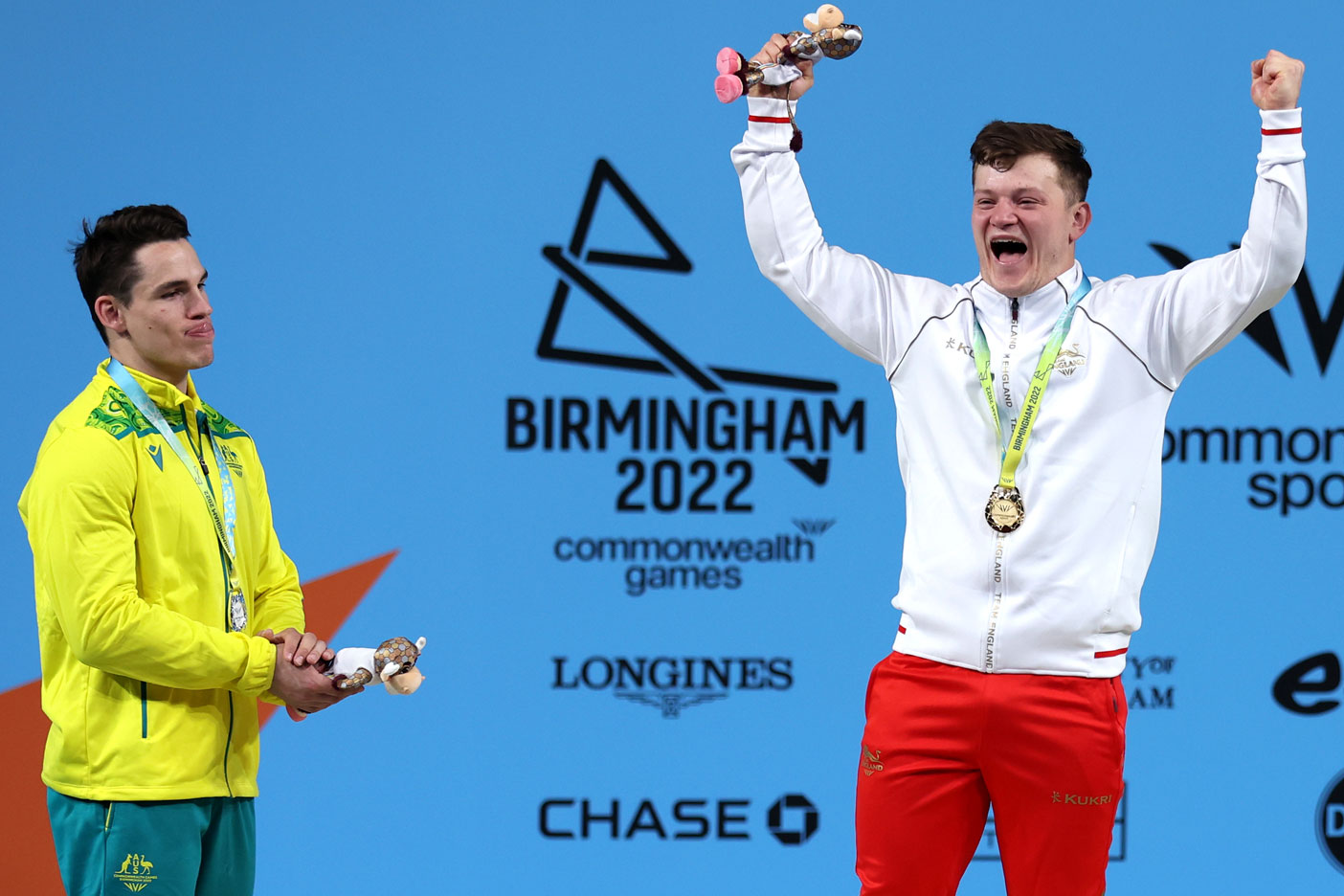 As for the winner, Murray, he was asked whether he felt he deserved the gold medal, considering Bruce was adamant he had made the superior lift.

“I haven’t seen it. I feel for him,” Murray said. “Do we need referees and juries? It’s something that a lot of the weightlifting community have been arguing about for a while. It’s great they’ve got video review.

“I feel for him because he’s a strong guy. He put the weight on the bar and he got it overhead. It’s a shame the referee has called it. He did phenomenally well.”