The bump, which occurred in the second quarter of the Tigers’ stunning seven-point comeback win over the Lions on Sunday, resulted in Bailey being subbed out of the match with a sternum issue and transported to hospital after “coughing up blood”.

“Brisbane was completely shattered, shattered by [Sunday’s] loss and among their devastation was anger, and initial anger broke out after an incident earlier in the game involving Zac Bailey and Marlion Pickett,” Wilson told Nine’s Footy Classified. 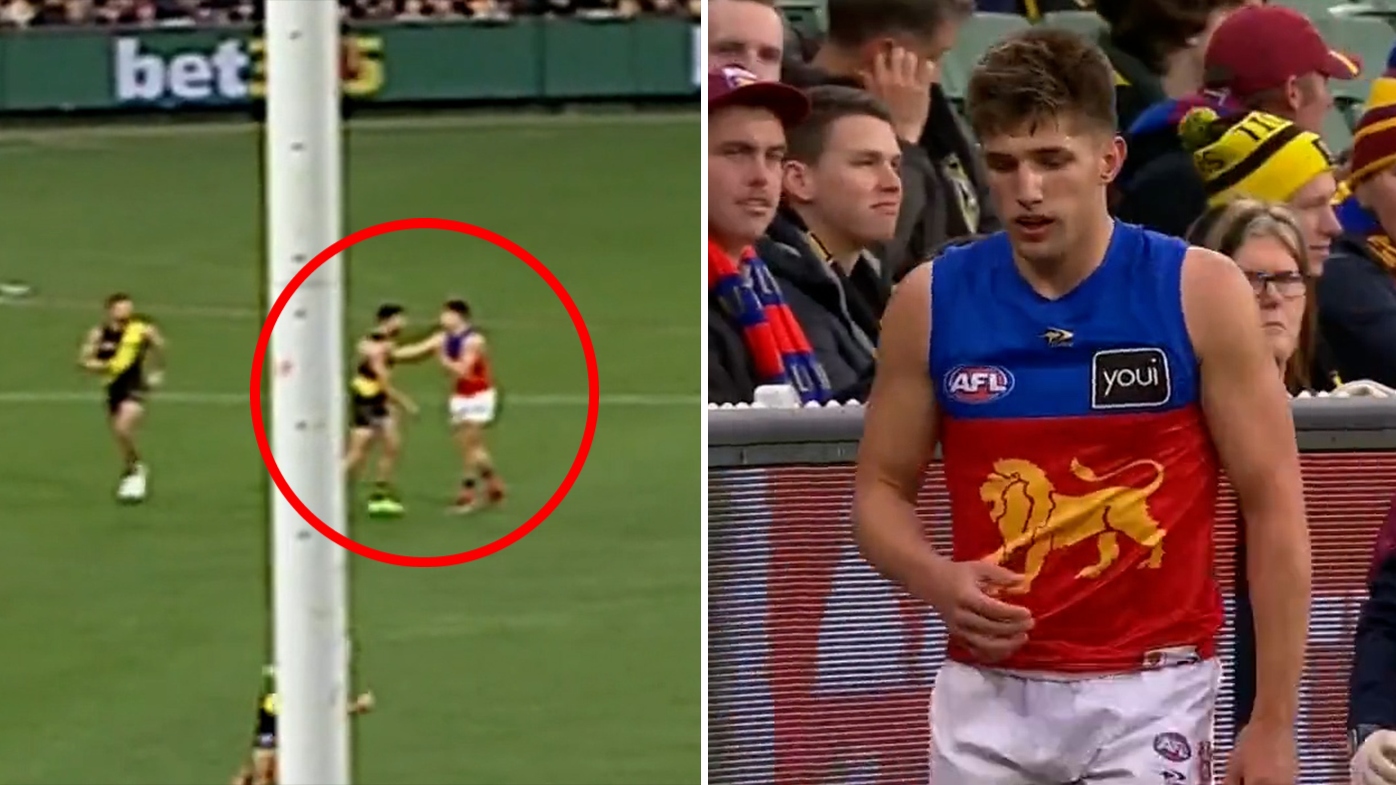 According to Wilson, Brisbane bosses approached the AFL on Monday after no charge was laid by match review officer Michael Christian, despite footage of the incident showing the Tigers midfielder forcibly bump Bailey off the ball.

After completing the match review of the round 20 Sunday games, the AFL explained that the incident was assessed, but it was the view of Christian that Pickett’s actions did not constitute a reportable offence.

Wilson believed the incident would have been thoroughly analysed, but thought the AFL would still get in contact with Pickett who was subsequently charged with rough conduct for a different incident involving Rhys Mathieson

“Marlion Pickett – who has the ability to seriously hurt players because he’s a tough player – I think there will be words delivered to him, or to Richmond, about his tactics,” she said.

On review of the vision, Port Adelaide great Kane Cornes added he couldn’t see “too much wrong” with the collision and wasn’t sure what Brisbane was upset about.

Bailey spent Sunday night in hospital with scans later clearing the 22-year-old of any serious injury. The Lions are yet to confirm whether he will be fit to play in this Sunday’s game against Carlton.