Collingwood‘s hopes of remaining in the top four have been dealt a blow with on-baller Taylor Adams ruled out for the remainder of the home and away season.

Adams was subbed out at half-time of Collingwood’s six-point win over Port Adelaide on Saturday with a groin injury, with scans later confirming the severity of the strain.

Collingwood has emerged as a legitimate premiership threat on the back of a 10-match winning streak that has seen it climb from 17th last season to currently third on the ladder.

It remains unclear when Adams will return to the Pies’ line-up, but a deep finals run could see the 28-year-old potentially return to the field this year. He will be assessed in the coming weeks. 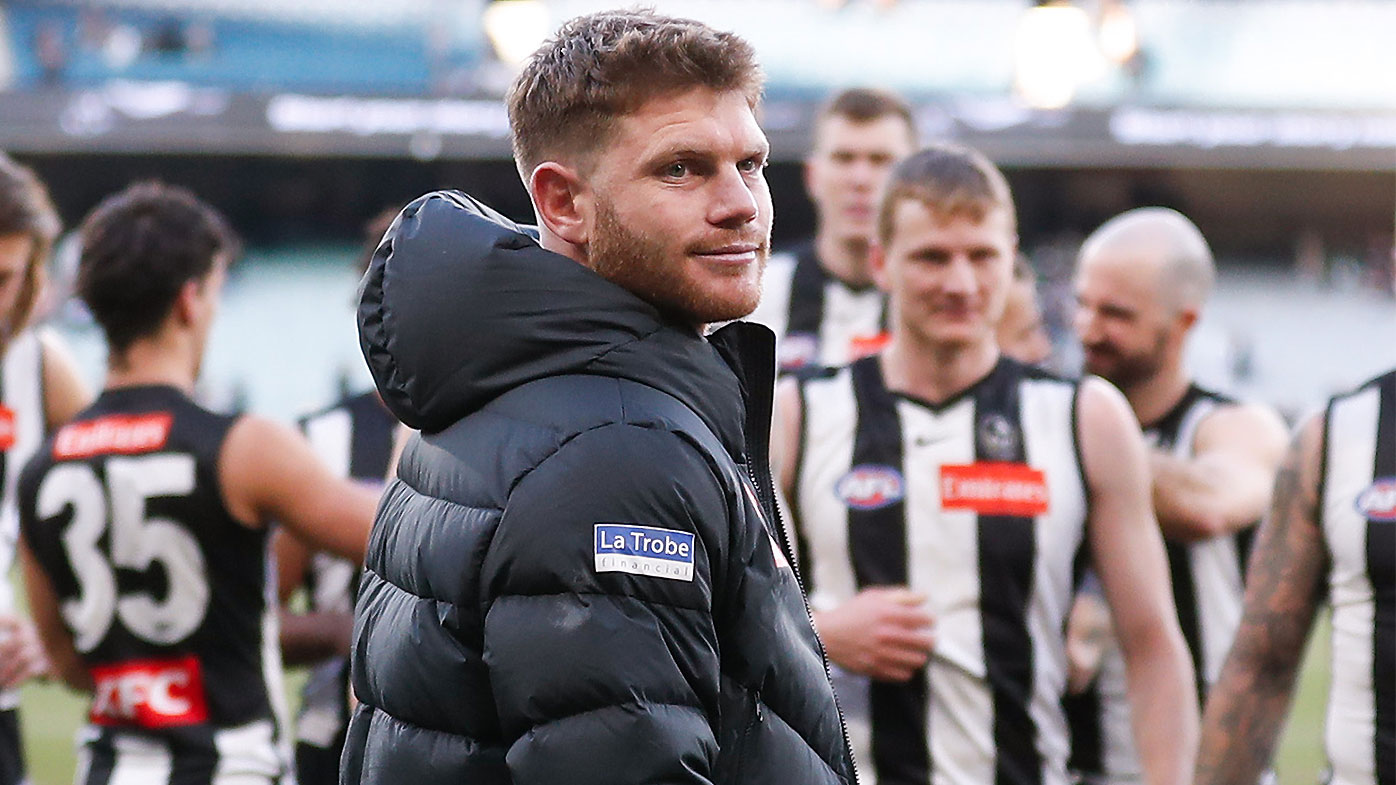 Adams is not unfamiliar with concerns around the groin area, having missed three months due to an adductor injury in 2019, before having his 2020 pre-season interrupted by a separate groin injury.

However, despite his chequered injury history in recent years, Adams has been ever-present in Collingwood’s line-up this year, playing in 17 of 19 matches.

Adams’ impending absence comes as the Magpies get set to welcome back All-Australian ruckman Brodie Grundy after a three-month absence.

Grundy, who has not played at the AFL level since Anzac Day, emerged out of a VFL hit-out unscathed at the weekend and could be recalled to face Melbourne on Friday night.