Australian swimming ace Emma McKeon became the Commonwealth Games‘ most successful athlete during a history-making session in the pool in Birmingham on Monday (AEST).

The 28-year-old claimed her 11th gold medal, spread across editions in Glasgow, the Gold Coast and now Birmingham, to set a new Commonwealth mark by taking out the 50m freestyle.

It was her third gold in Birmingham with the other two in the 4x100m freestyle and 4x100m mixed relays. 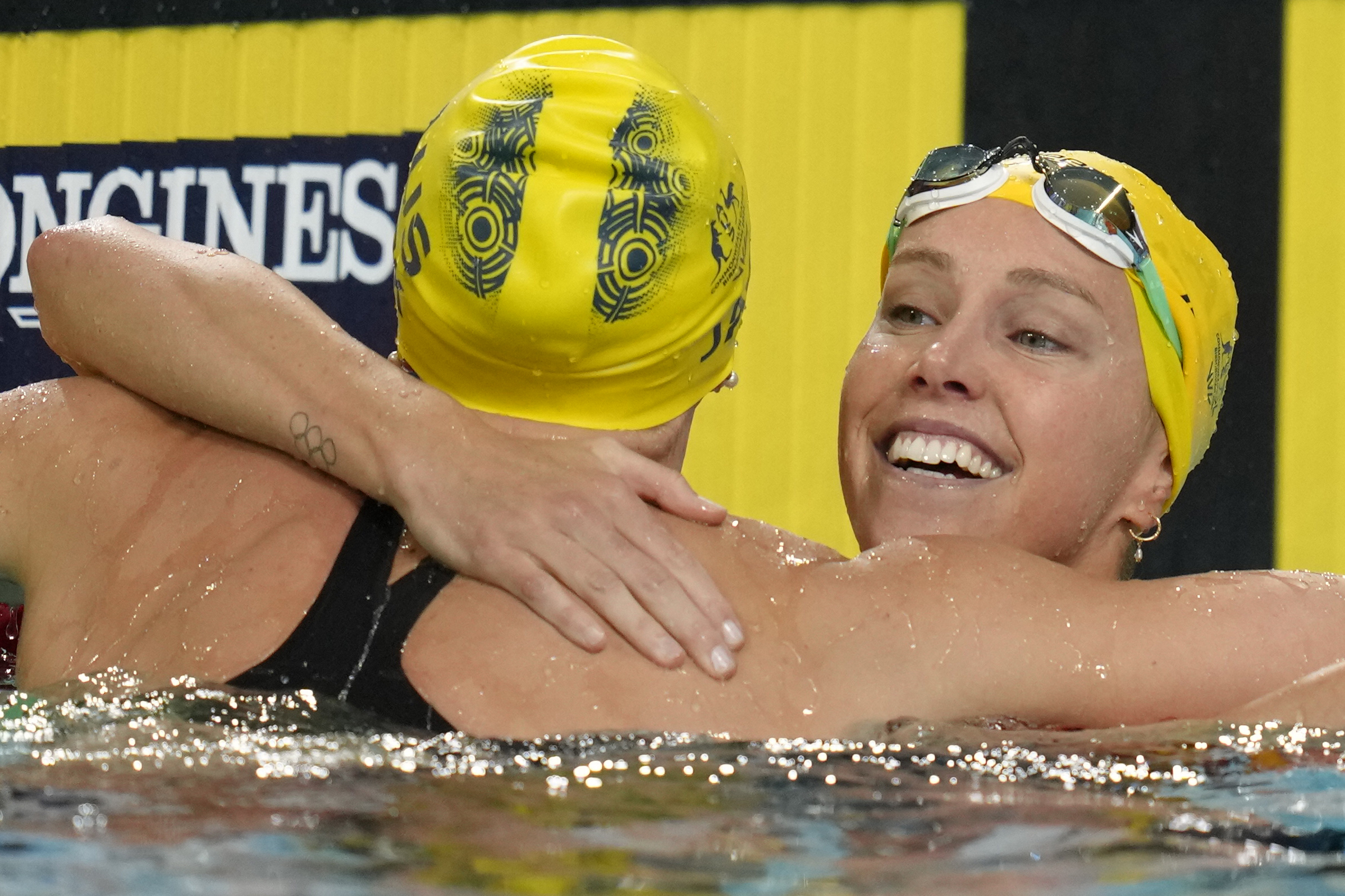 Starting in lane three, McKeon led home an Australia trifecta in a time of 23.99 seconds, with Meg Harris second and Shayna Jack claiming the bronze.

“It is a fun event for me, the 50. I feel like I am a lot more relaxed this year than last year,” McKeon said.

“And I have not done as much work as I had this time last year but the place I am in mentally is showing in my performances.”

McKeon is within range of setting another record in Birmingham. She has now won 16 Commonwealth Games medals and has another four races to compete in. South African Chad le Clos equalled the current Commonwealth record of 18 medals earlier — a decade after causing one of the great Olympic upsets in London.

The South African timed his finish to perfection in the 200m butterfly in the 2012 Olympics to defeat American superstar Michael Phelps by .05 seconds.

Bidding to celebrate the milestone with a golden success in the same event in Birmingham, the 30-year-old le Clos led for most of the race but was reeled in by New Zealander Lewis Clareburt.

But the silver medal was enough for le Clos to join shooters Michael Gault and Phil Adams in a three-way tie for first, though McKeon is closing rapidly on the trio.

Australia’s stunning meet in the pool continued when the combination of Madi Wilson, Kiah Helverton, Mollie O’Callaghan and Ariarne Titmus set a world record of 7:39.29 in the women’s 4x200m freestyle relay.

Titmus anchored the quartet, recording a time of 1:52.82 – the quickest split in a 4x200m relay in history. The 21-year-old touched the wall more than 12 seconds in front of the silver medallists Canada, with England another five seconds behind in third.

Red-hot Demon claims big title ahead of US...