Rugby league great Phil Gould has questioned the length of suspensions across the NRL, saying the game does not need to be without its best players for extended periods.

Gould’s comments come off the back of Panthers star Nathan Cleary being handed a five-match suspension for a dangerous tackle on Parramatta’s Dylan Brown at the weekend.

Cleary was handed a grade-three charge, which normally draws a four-match ban, but had another match added on due to a prior incident.

Gould called Cleary’s tackle an “error of judgement” and said a lengthy ban was not necessary for the Penrith No.7 to realise he’d made a mistake.

“I think the suspensions are too long overall with most offences,” he told Nine’s 100% Footy. 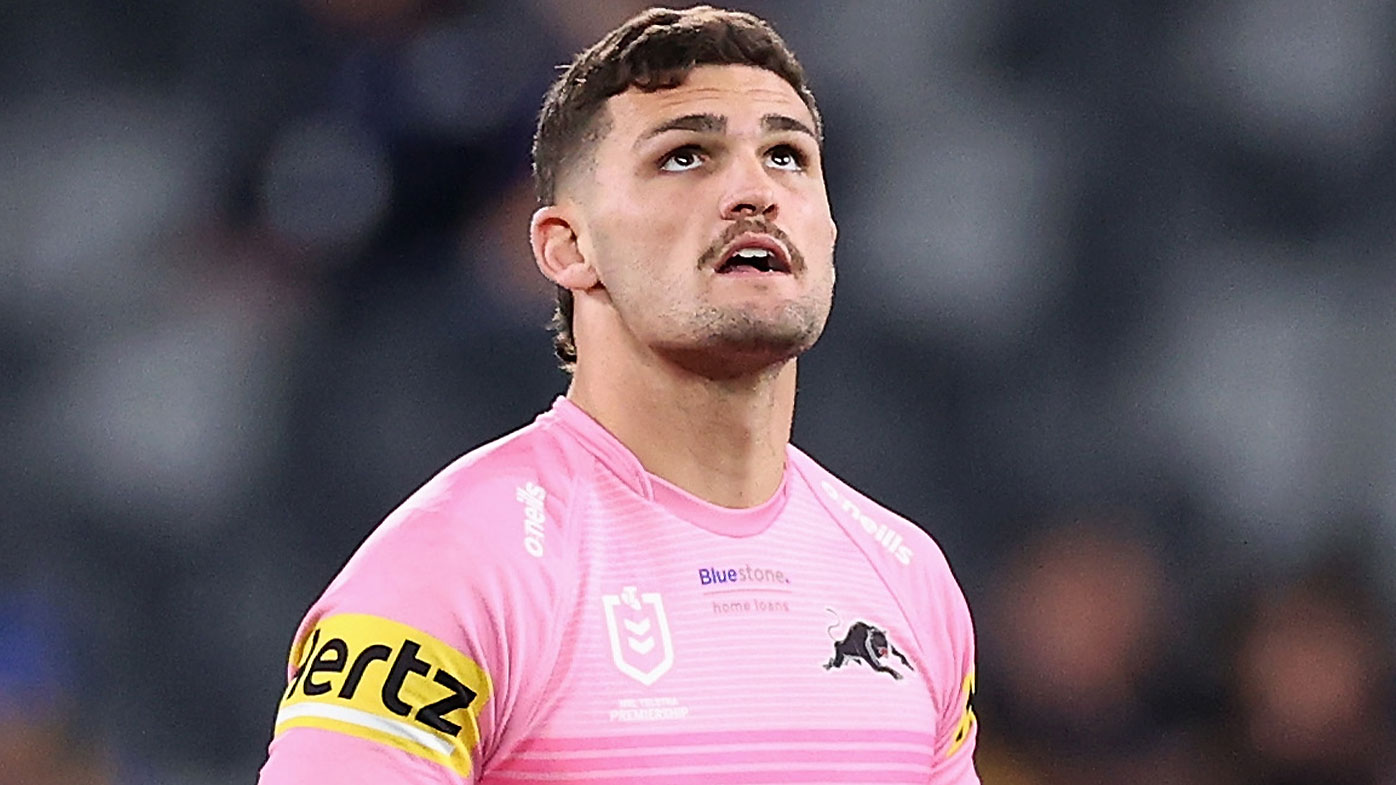 “I don’t think we need good players out of the game for six weeks to remind them that that’s not what you do.

“That’s just an error of judgement. I know this Penrith tackling technique very well, he’s probably thinking his other two players would support that player a little better than they did. They pulled away from it and he found himself in an awkward position.

“Does Nathan Cleary need six weeks away from the game to learn his lesson that that’s the wrong tackle to make? He knew it six seconds after he did it that it was wrong.

“They probably want to send a message to the rest of the competition, they want it to look like the star players don’t get special treatment.”

Gould was backed up by Broncos legend Darren Lockyer, who said “a month was probably appropriate”. 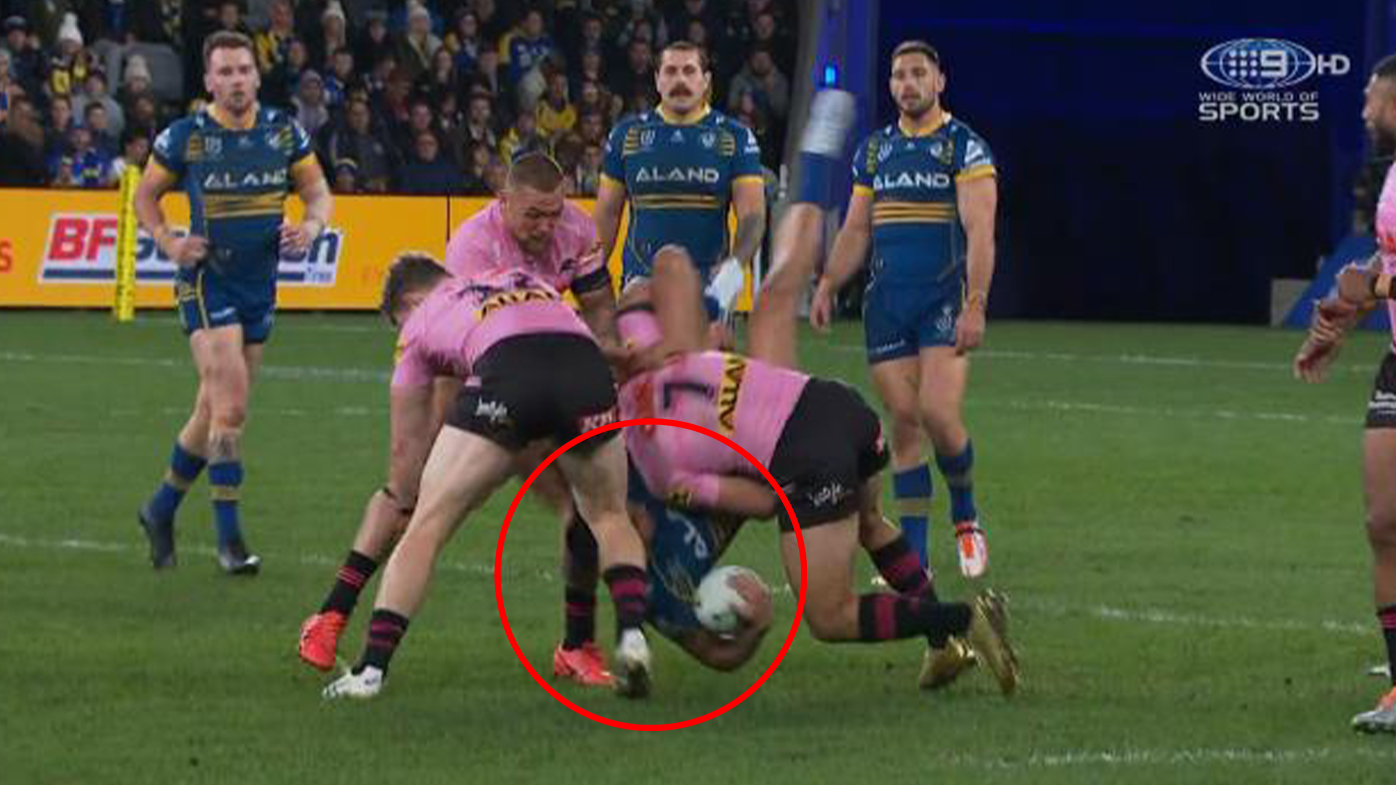 “Five weeks is a long time, it’s effectively six weeks, really, because you include the game that he was sent off early,” Lockyer told 100% Footy.

“We don’t want that tackle in the game … but with even with a month on the sidelines it would’ve put a lot of people on alert that they can’t do that.”

While the Panthers will be without their Origin halves pairing in Cleary and injured teammate Jarome Luai, Gould said the reigning premiers could still win all of their matches to end the season.

He also identified a silver lining in Cleary’s suspension for the Panthers, who sit comfortably atop the NRL ladder.

“As a coach … I can actually see the positive in that,” he said. 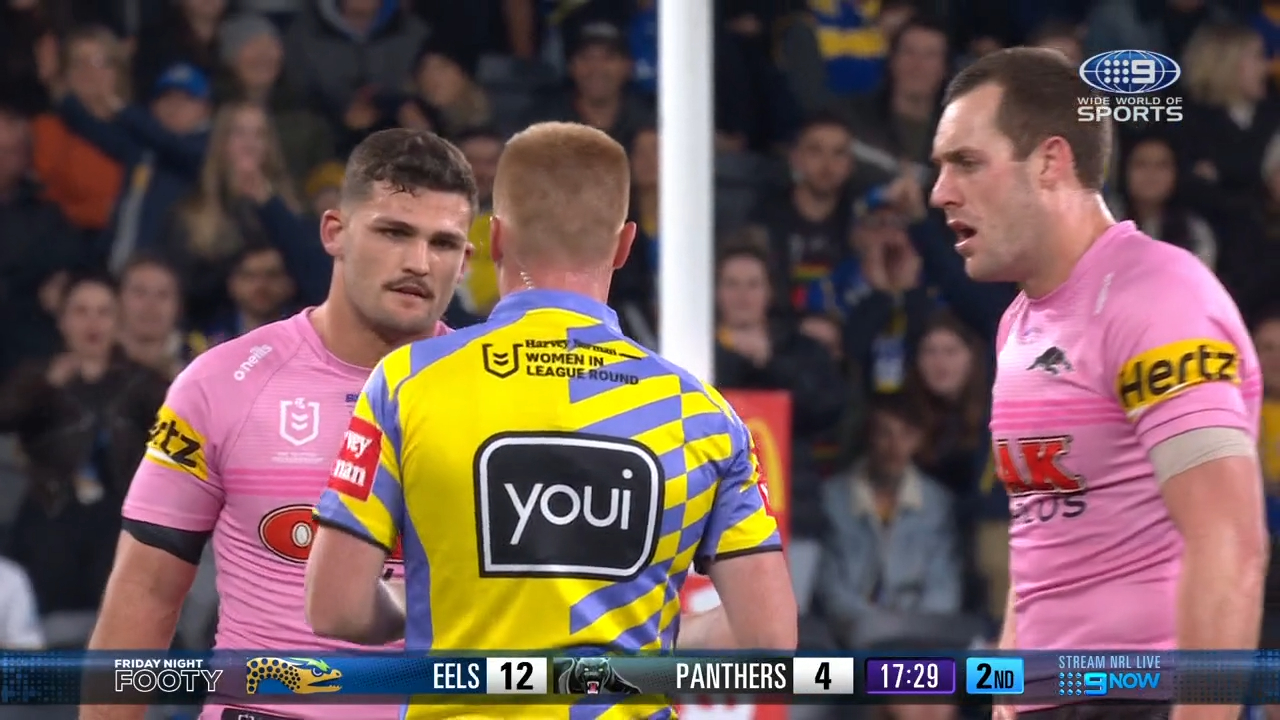 “When you’re that far ahead in the minor premiership, all you’re doing every week is watching your team and hoping no one gets hurt.

“Now he’s (Panthers coach Ivan Cleary) got two players ready for week one of the finals, all the others have got to get there yet, they’ve got to get through five games and be uninjured or unsuspended.

“Luai and Cleary will play in round one of the finals and I think that’s a bonus. While it’s not the ideal way to do it, I’d look at it as a positive that my two star halves are going to be there when the (finals) games are on.”

Lockyer also agreed that the bout of adversity leading into the finals campaign would hold the Panthers in good stead. 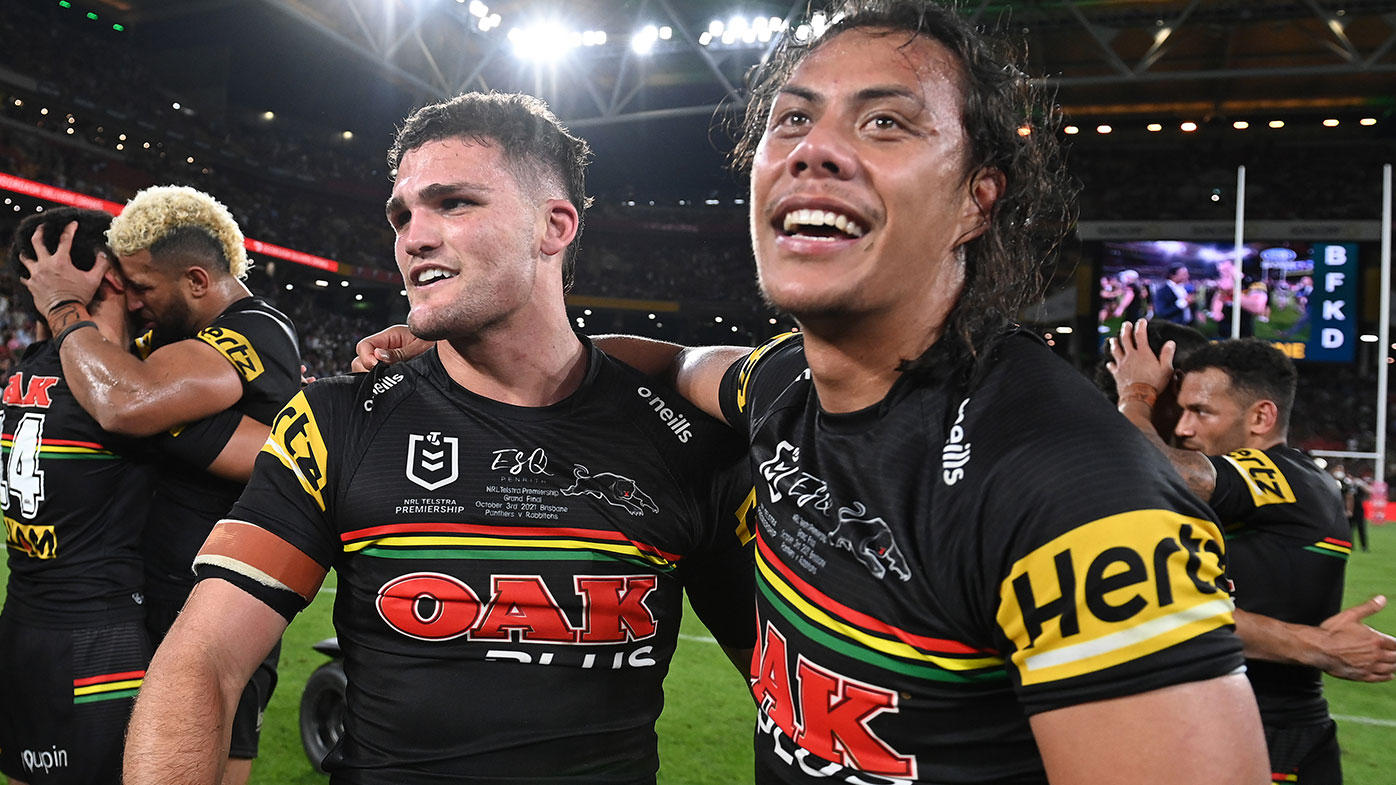 “I think they needed to have a bump in the road, they were going too good,” he said.

“After the Origin series, all the players that played for the Blues will be motivated to compensate for losing the Origin series. They needed to have a bit of a bad run just to refocus them.

“The only risk is that the two players, even though they’re your star players, they might be a touch underdone in week one of the finals, but they should have enough points up their sleeves to get that second chance.”

The Panthers’ first task without their first-choice halves pairing will be on Saturday when they travel to GIO Stadium to take on the Canberra Raiders in a twilight clash.