Catriona Bisset admits taking a tumble at the World Athletics Championships will leave her with “pretty insane scars”.

But the Australian 800m runner says the “freak accident” has made her hungrier as she hunts a medal at the Commonwealth Games.

In Bisset’s 800m heat at July’s World Athletics Championships in Eugene, the 28-year-old was knocked at the top of the home straight and hit the track. 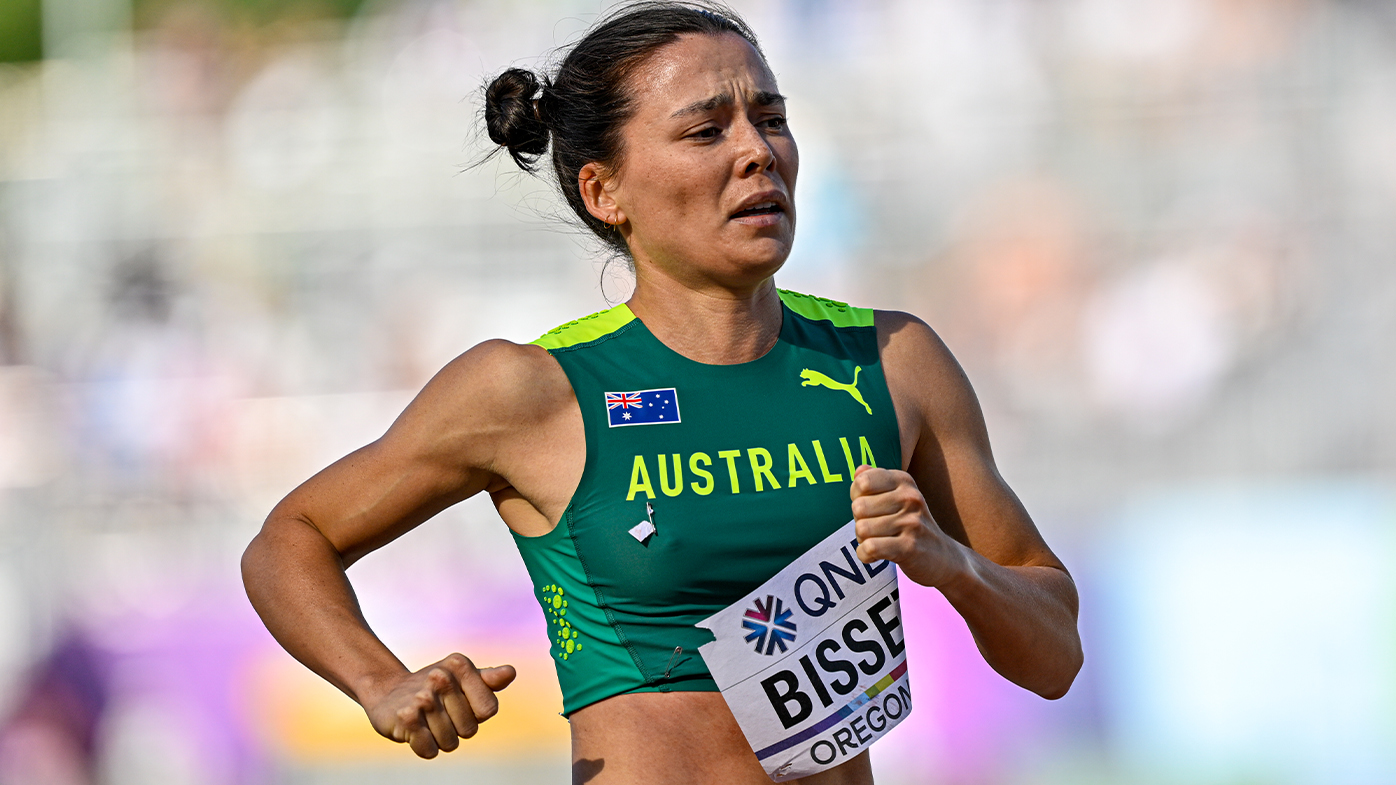 She banged her left knee and a rival runner stepped on her right thigh with her spikes, before she picked herself up and finished the race to ensure an appeal could be lodged.

Bisset was advanced to the semi-final, in which she ran with 11 stitches in her right thigh, and pain and swelling in her left knee, en route to finishing ninth.

The Newcastle-born athlete no longer has stitches in her leg as she eyes her 800m heat at the Commonwealth Games on Tuesday night (AEST) and, although pain and swelling remain in her left knee, her running isn’t affected.

Another plus is two track sessions at full pace between the World Athletics Championships and Commonwealth Games filled her with confidence.

Bisset says her stack in the US has fuelled her drive for racing in Birmingham.

“It gives me a lot of motivation to run in this next one,” she told Wide World of Sports.

“I feel like I didn’t really get a good crack at worlds, and I feel like I’m in really good shape and it’s been a pretty flawless build-up to these majors, which is why it’s definitely really heartbreaking to have this freak accident.

“You can’t predict these sorts of things, so I was definitely grieving that opportunity, but it’s really lucky I have this next one to back up.

“There’s nothing wrong with me from a fitness point of view; it’s just some flesh wounds.

“All things considered, I’m still in quite a good place.

“In a lot of ways, that little setback has made me more determined to make the Commonwealth Games a better experience, show all the work that I’ve done the last 12 months and really put it all together.”

Bisset believes she can score a medal in her debut Commonwealth Games “if everything goes to plan”.

She’s chasing Australia’s first medal in the women’s 800m since Sharon Stewart collected bronze in the Auckland Games of 1990.

Lingering in the back of Bisset’s mind is a third-placed finish at a Diamond League meet in Stockholm in June, in which she clocked 1:58.54 in her last race before the World Athletics Championships.

The gold medallist in that race was England’s Keely Hodgkinson, who won silver in the 800m final in Eugene.

“I think a lot of people will probably be a bit tired mentally and physically after worlds, but I’m probably in a unique position that I feel determined and I have something to prove, so I think I have that edge,” Bisset said. 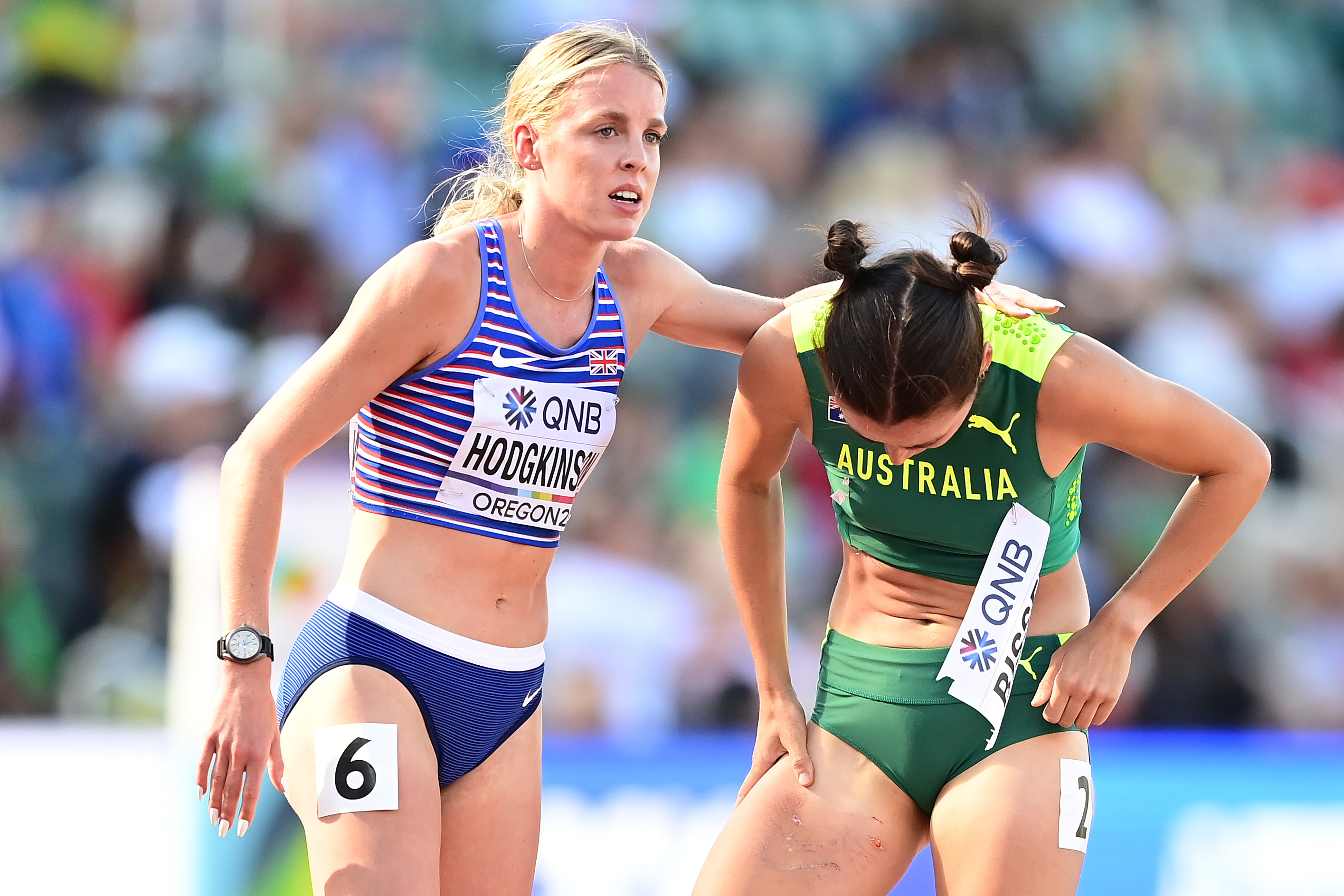 Bisset gave an insight into the self-help and support network that had settled her following the chaos in Eugene.

“I’m focusing on the things I can do, which is being really compassionate to myself and focusing on my training and getting ready for Birmingham,” Bisset said.

“I have a really good team, so it’s been really easy to just rely on them, lean on them a bit more.

“It’s been pretty easy to process because I know there was nothing really in my control in the situation.”

Bisset’s description of how her leg once looked is enough to make anyone grimace.

“It’s all closed and scabbed over now, so there’s none of that gnarly, pussy, gross stuff,” she said with a laugh.

“All the bruising’s disappeared now, as well, so it’s finally a normal skin colour, rather than bright purple.”