A questionable strategy and a penalty for a clash with Lance Stroll has seen Daniel Ricciardo finish the Hungarian Grand Prix a lowly 15th, despite a “brilliant” double overtake mid-way through the race.

On a day where it looked like the Honey Badger was returning to form, a poor strategy decision and a five-second penalty for a clash with the Aston Martin of Stroll saw Ricciardo once again finish outside the points.

Starting ninth on the soft tyres, Ricciardo was boxed in exiting the first corner and lost spots to Sergio Perez in the Red Bull, and the Haas of Kevin Magnussen.

He got Magnussen when the Dane was forced to pit with a broken front wing, but then ran the rest of the first stint in a lonely 10th.

But it was just after the first pitstop cycle – during which his McLaren team bolted on a set of yellow-walled mediums – that Ricciardo gave a glimpse the Honey Badger was not yet dead. 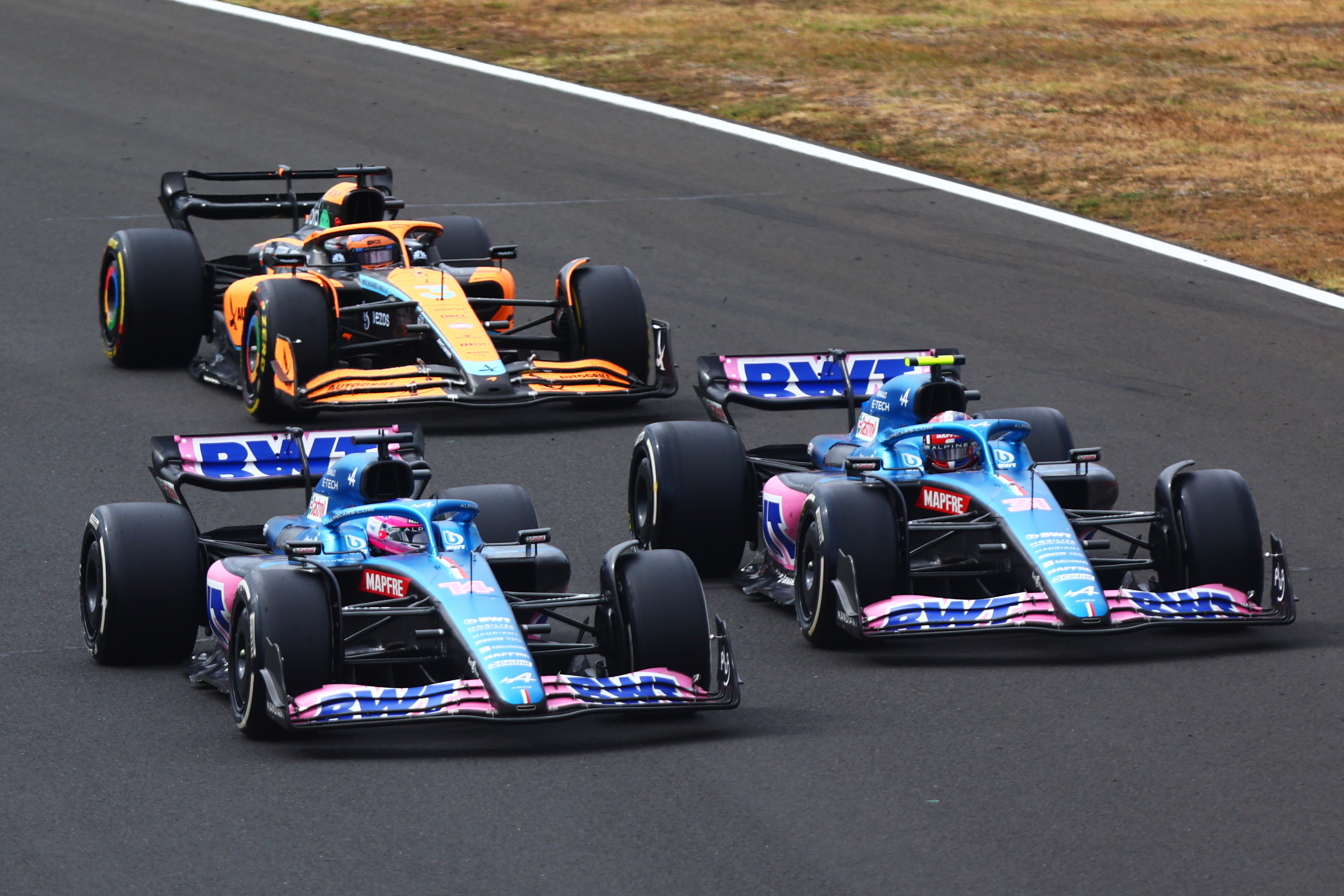 He had made up time on the two Alpines in front during the cycle, and was on Fernando Alonso’s gearbox when Esteban Ocon emerged from the pits on lap 24.

With tyres up to temperature, Alonso – seemingly incensed by a stern Ocon defence off the start – attacked his teammate at turn three but ran wide, allowing Ricciardo to take them both down the inside on the short run to turn four.

In commentary, David Croft called it a “a brilliant opportunistic move”.

He then drove away from the pair, and was running a comfortable 8th when he next pitted on lap 46 for the hard tyres. A questionable decision given Ferrari had already put Charles Leclerc on a set of hards and watched as he had virtually gone backwards. 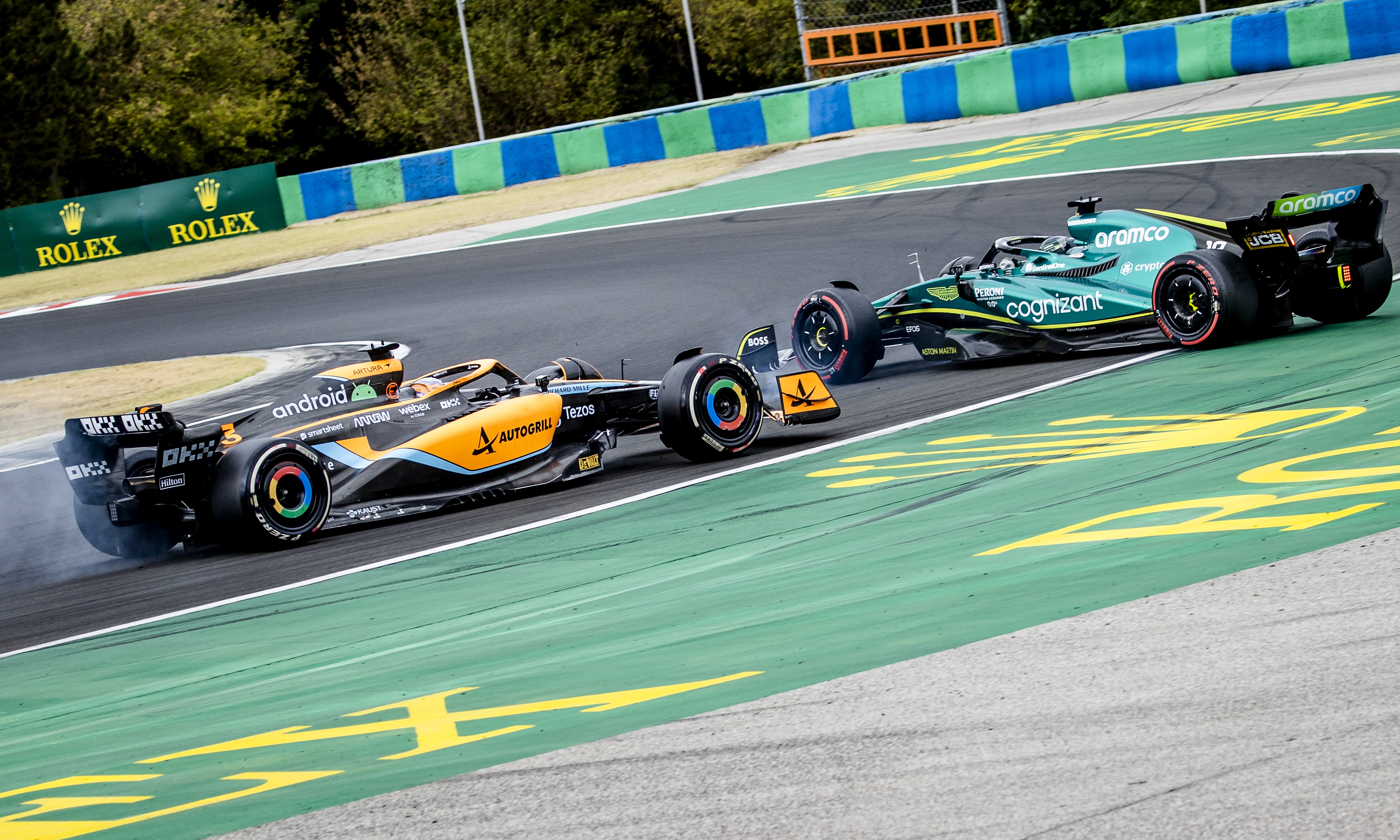 Ricciardo exited the pits in front of Lance Stroll on a set of softs, who immediately attacked Ricciardo around the outside at turn three.

On cooler hard tyres, Ricciardo locked up and understeered into Stroll, sending the Canadian into a spin.

Ricciardo was given a five-second penalty for the hit. He would later approach Stroll in parc fermé to apologise for the clash.

From there, the West Aussie was never able to find any pace on the hards, crossing the line a lap down on race winner Max Verstappen in 13th, before the penalty relegated him to 15th. 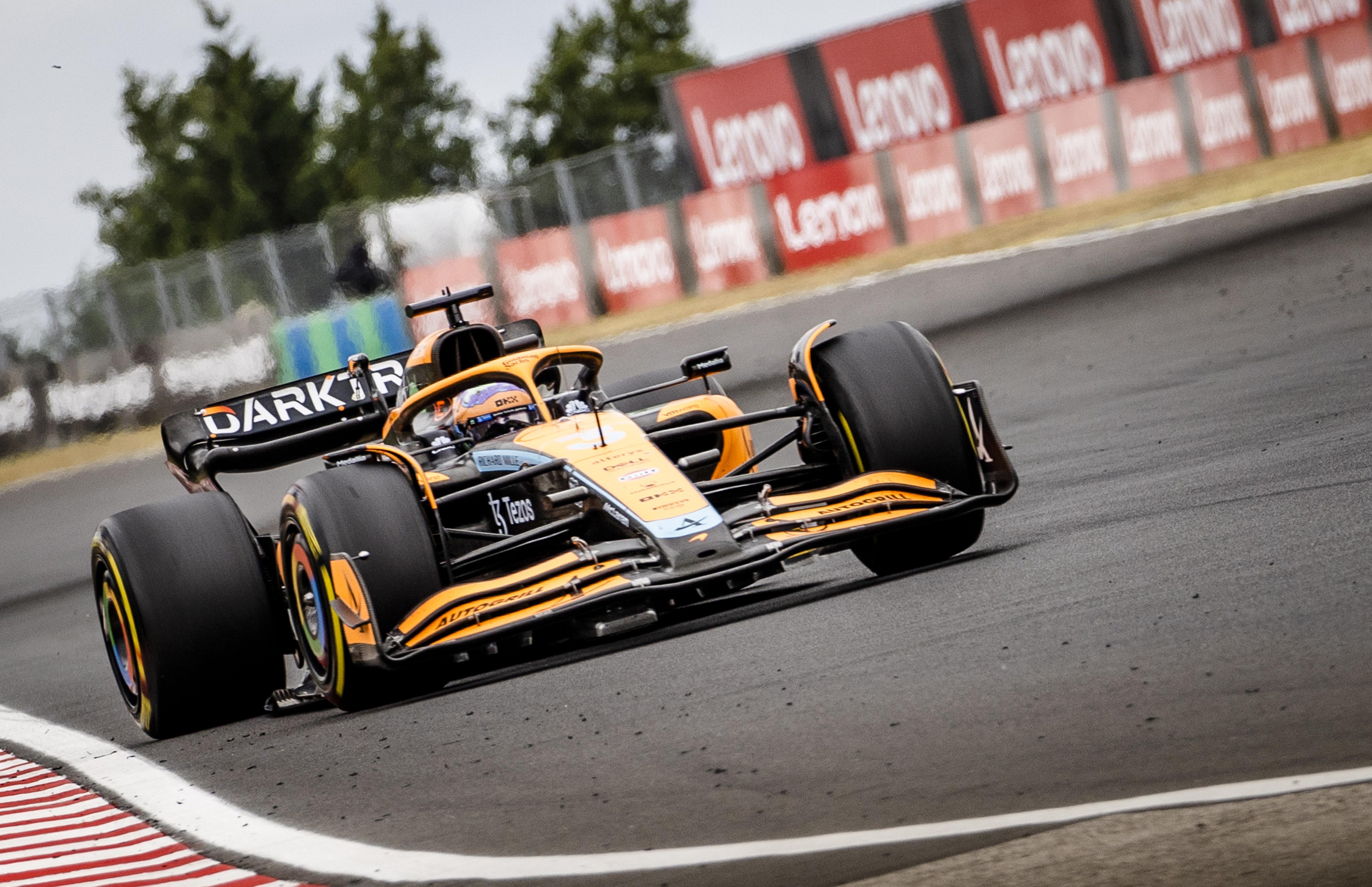 After the race, Ricciardo said the hard tyres were “like driving on ice”.

“Obviously I had the contact with Lance … yeah it’s one of those ones I tried to do what I could to not hit him but it just locked so early,” he said.

“I obviously apologised to him for that, but yeah we were just slow. And then you get blue flags and you can never get temperature in the tyres.”

Ricciardo also picked up two penalty points on his super licence for the hit. Earning 12 in a 12-month period triggers a one-race ban. He now has five points on his license. 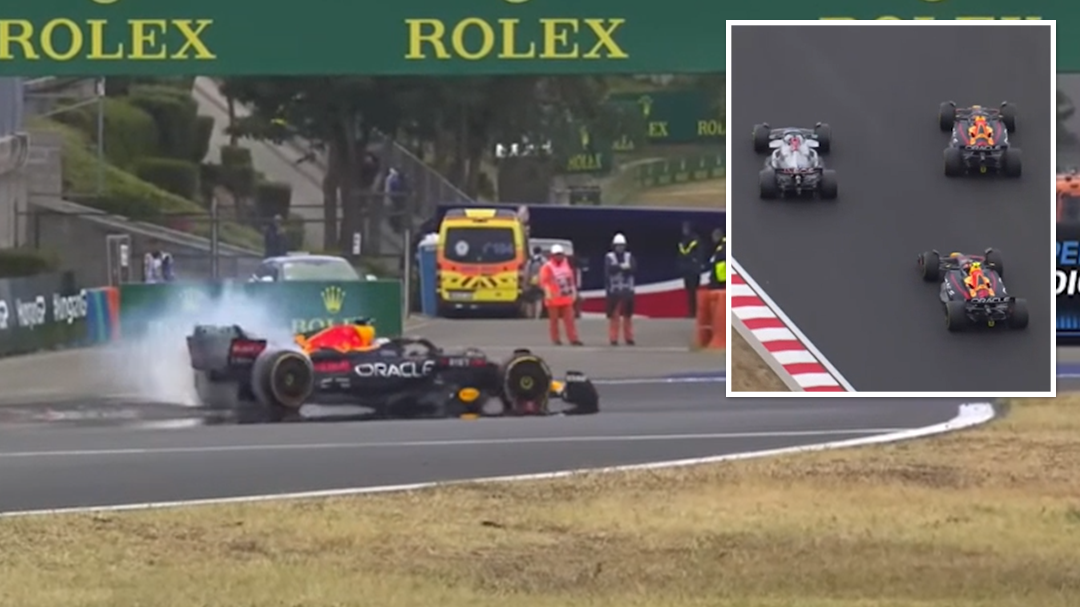 The race was won by Ricciardo’s former Red Bull teammate Max Verstappen, who recovered from a spin to lead home Lewis Hamilton and George Russell.

Ricciardo remains in 12th place in the standings with just 19 points to his name. Norris is seventh, and the team sits fifth in the constructors championship, just four behind Alpine.

Formula One now enters the summer break and will continue at the Belgian Grand Prix on August 28.