Returning to the track following a shocking crash on Sunday that left him battered and bruised, Australian cyclist Matt Glaetzer has been dealt another cruel blow – denied a bronze medal on review in the men’s sprint.

Glaetzer came from behind to storm home against Scotland’s Jack Carlin, provisionally securing the bronze medal.

But after deliberating for more than half an hour, Birmingham officials relegated Glaetzer to fourth for moving in on Carlin, snatching away his medal. 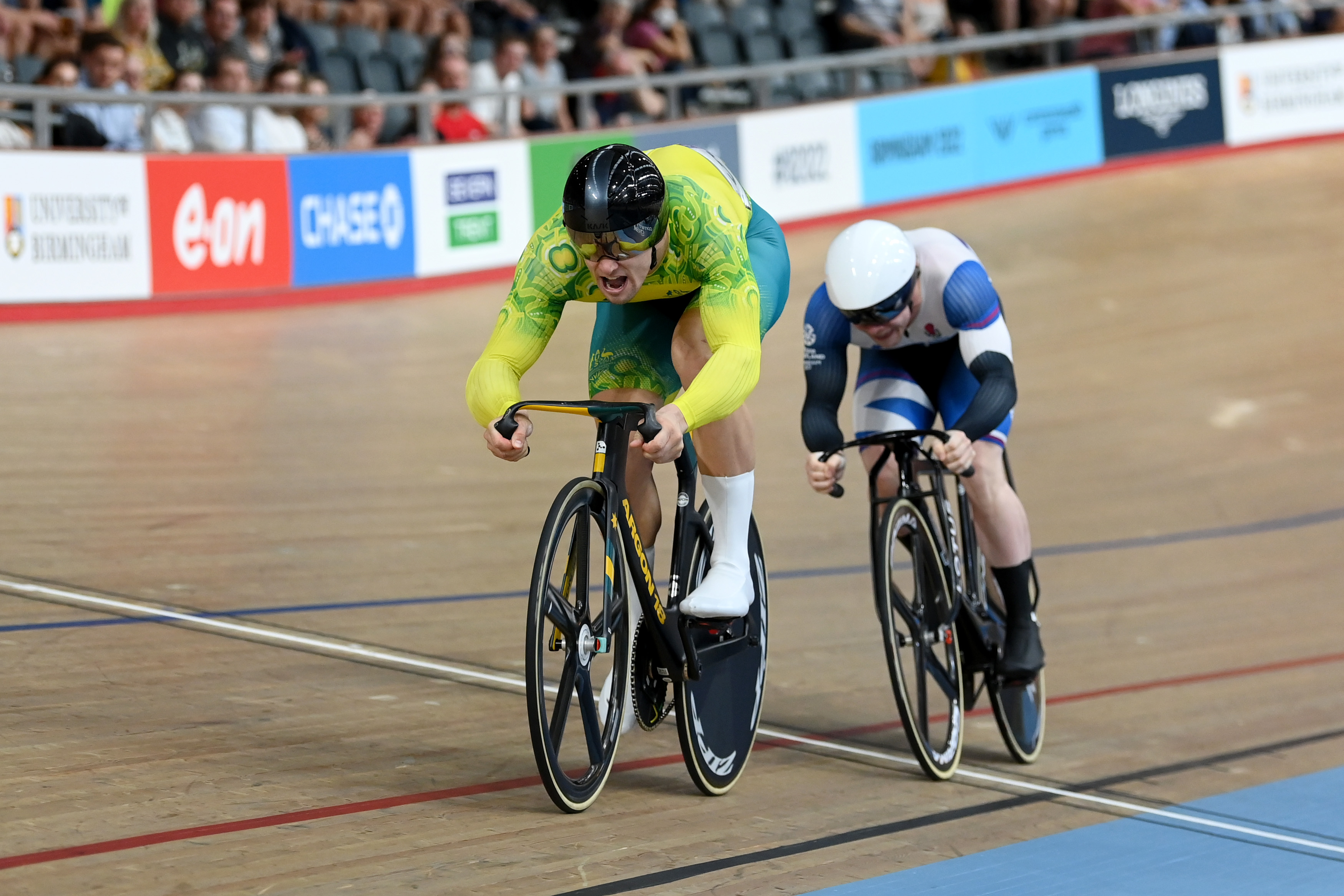 While Aussie teammate Matthew Richardson went on to win gold in the event, Glaetzer’s stripping split the cycling world with suggestions Carlin had initiated the contact by moving off his line and into the way of Glaetzer.

“I’m having nothing of that,” she said in commentary for Channel 7.

“The only time they made contact is when Carlin swung back up the track, and he in fact touched Glaetzer – if anybody got impeded, it was Glaetzer.

“I don’t see how the Australians will accept this and not feel robbed. This is an absolute travesty in my mind.”

The lost bronze medal was the second major blow to Glaetzer in two days after he was involved in a nasty crash in the kierin quarter-finals after becoming tangled with another rider.

After touching wheels with another bike, Glaetzer was knocked off his bike and into the path of British competitor Joe Truman while travelling at over 70 km/h. The impact tore Glaetzer’s suit, with wounds opening up on several parts of his body. “I was very sore this morning,” he said ahead of the race that broke his heart.

“Right side of my body was just on fire from the burns – had to just grimace through this morning and see what I’ve got in the body.”

Glaetzer also revealed that a piece of the track had lodged into his elbow.

“I definitely did take a souvenir – had to get the scalpel out to get it out, it went pretty deep into my elbow.

“Not nice, it’s the brutal part of our sport. Make one mistake and you’re eating wood.”

But not even a heavy fall could stop the man who beat thyroid cancer in 2019 from earning what many thought should have been a bronze medal.