Supercars drivers Thomas Randle and Andre Heimgartner have walked away from a big start line crash.

Starting from the front row, Randle stalled his Ford Mustang and was collected by a clearly unsighted Heimgartner, who then hit an innocent Nick Percat.

Both drivers were able to climb from their cars, although both are out for the rest of the weekend.

The race was immediately red-flagged.

Heimgartner’s car owner Brad Jones said he thought the Commodore would be a write-off. 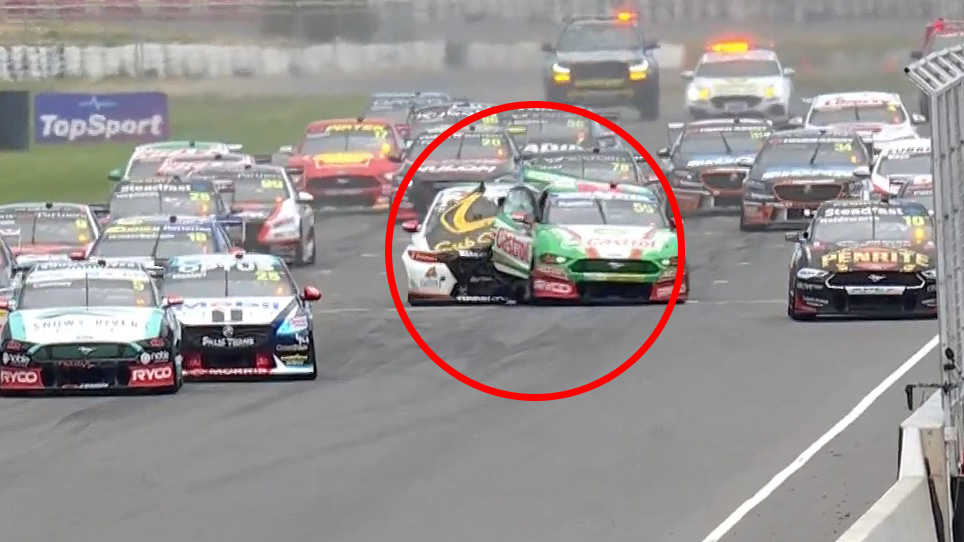 “I don’t think that thing is going to be running again any time soon … he was certainly going pretty quickly when he hit him,” he said on Fox Sports’ coverage.

“Andre’s okay, which is the important thing, and then we’ll work out where we go from here.

“I’d be very surprised, as clever as my guys are, if we can get the thing going again. It just looks really badly damaged. Lucky no one was hurt.”

Tim Edwards, team boss at Tickford Racing said he was thankful both drivers were able to walk away from the crash. 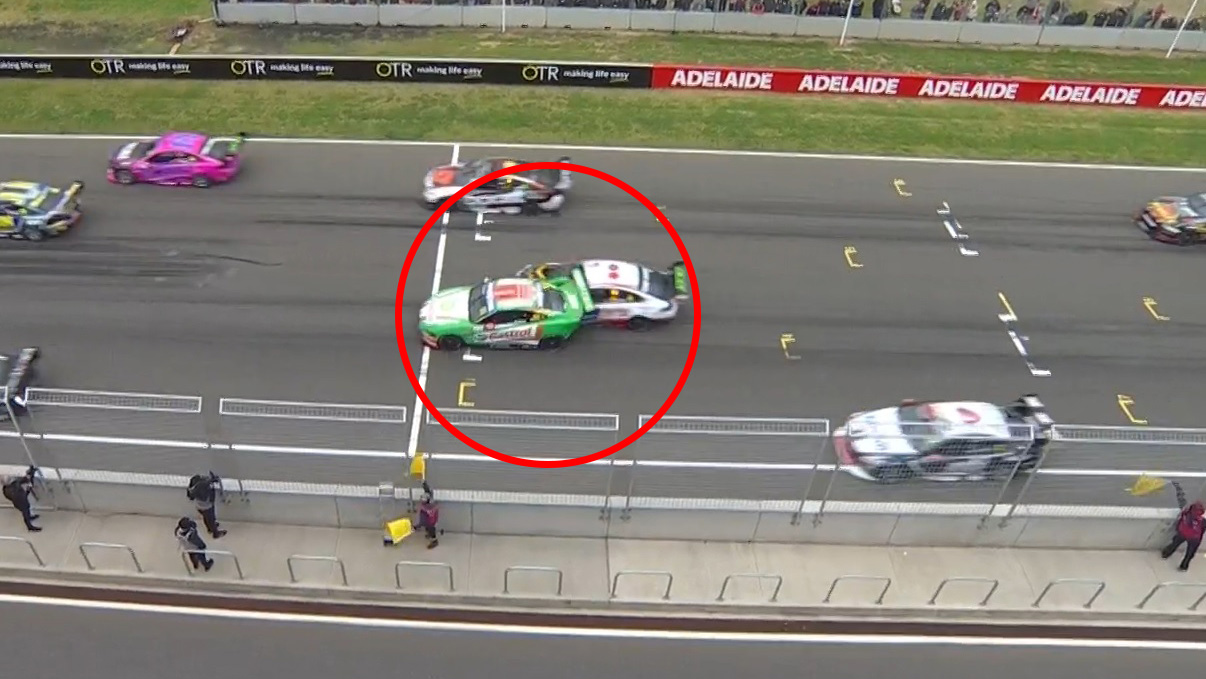 “Thankfully both of them got out. Both of them look a bit sore, but anyway,” he said.

“The main focus is that he’s physically alright. We’ll talk about the mental side after today. It’s just one of those things – drivers stall. In those situations, you just hope everybody avoids them. It’s always a fine line.”

Off the race restart, pole-sitter Cameron Waters spun the rear tyres on the oil-soak resin on the track surface at the crash site and was swamped into turn one.

Van Gisbergen then looked after his tyres and took the lead via an undercut during the pit stop cycle. He won the race by 2.5secs.