George Russell stole the show Saturday at the Hungarian Grand Prix by earning his first career pole and first of the season for Mercedes — on the same day F1 champion and current points leader Max Verstappen qualified a season-worst 10th.

“Whooooo, come on! Yes! Hahahaha. You beauty! You beauty!” yelled Russell before jumping into the arms of his engineers.

READ MORE: The mid-match chat that led to Hynes heroics 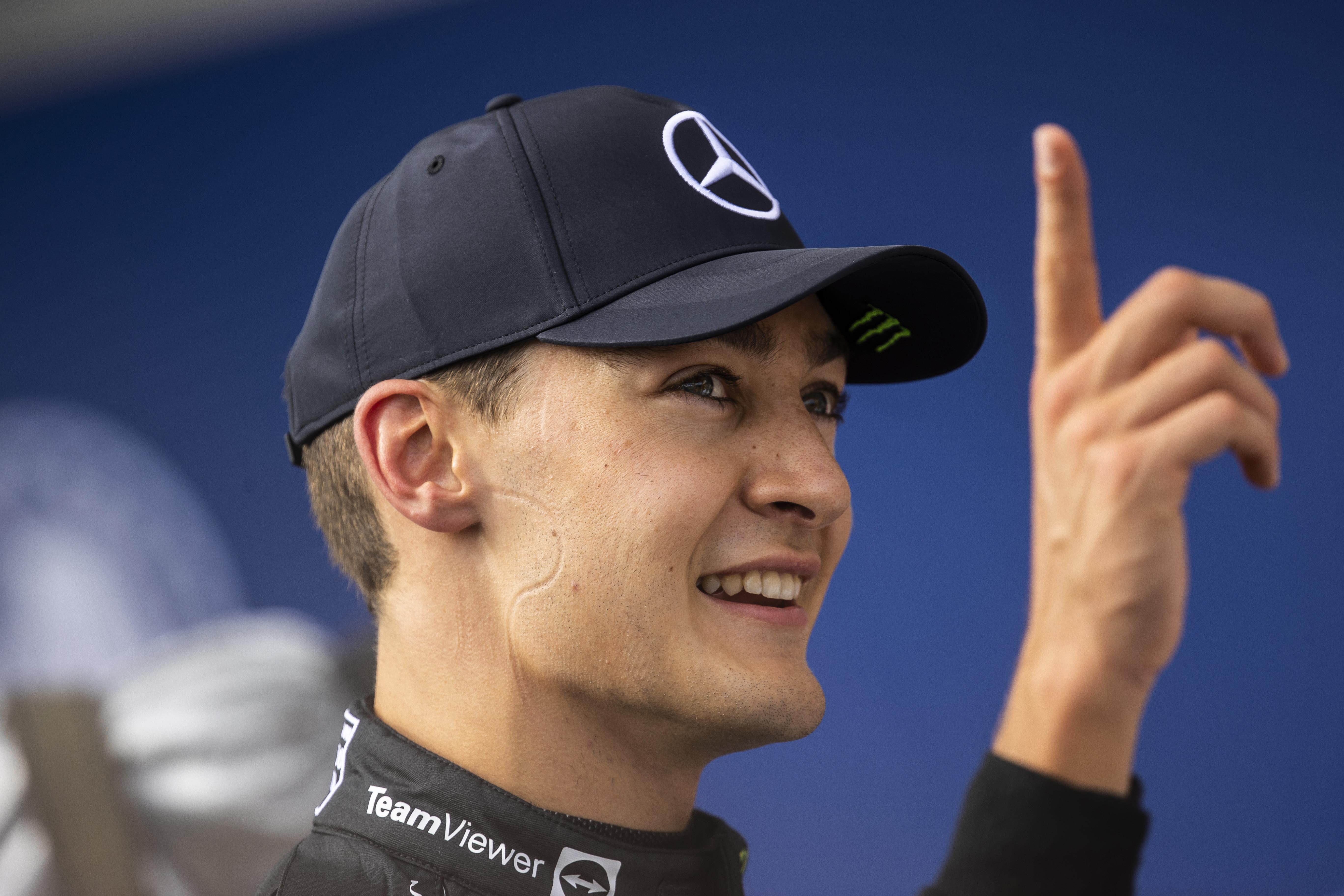 The Mercedes pace was surprising since Russell claimed Mercedes’ second practice was “disastrous” on Friday, when Russell was about a full second slower than Leclerc’s leading time.

“For us as a team it’s massive. We were all here until 11pm last night scratching our heads, and we all felt pretty lost,” Russell said.

“To come back and grab pole position is an amazing feeling. We absolutely nailed today, 100 per cent.”

Verstappen unleashed expletives as his qualifying bid was undone.

He struggled with grip then complained of having “no power … nothing works” on his second attempt.

“I still don’t know what it is. I need to talk to the team, but I hope everything is fixable,” Verstappen said.

“I know this track is very hard to pass at, so we have to be patient. This year has shown that a lot of things can happen.” The Hungaroring track, nestled amid rolling hills just outside of Budapest, dried out somewhat for afternoon qualifying following a huge downpour during the third practice.

Leclerc — who has seven poles this season — crashed while leading the French GP last Sunday to hand Verstappen a win that gave the Dutchman a 63-point lead over Leclerc in the standings.

But now Leclerc has an ideal chance to close the gap on Sunday on one of F1’s hardest tracks for passing.

“It’s been a bad day,” Perez said. “It’s certainly going to be difficult to overtake tomorrow.” 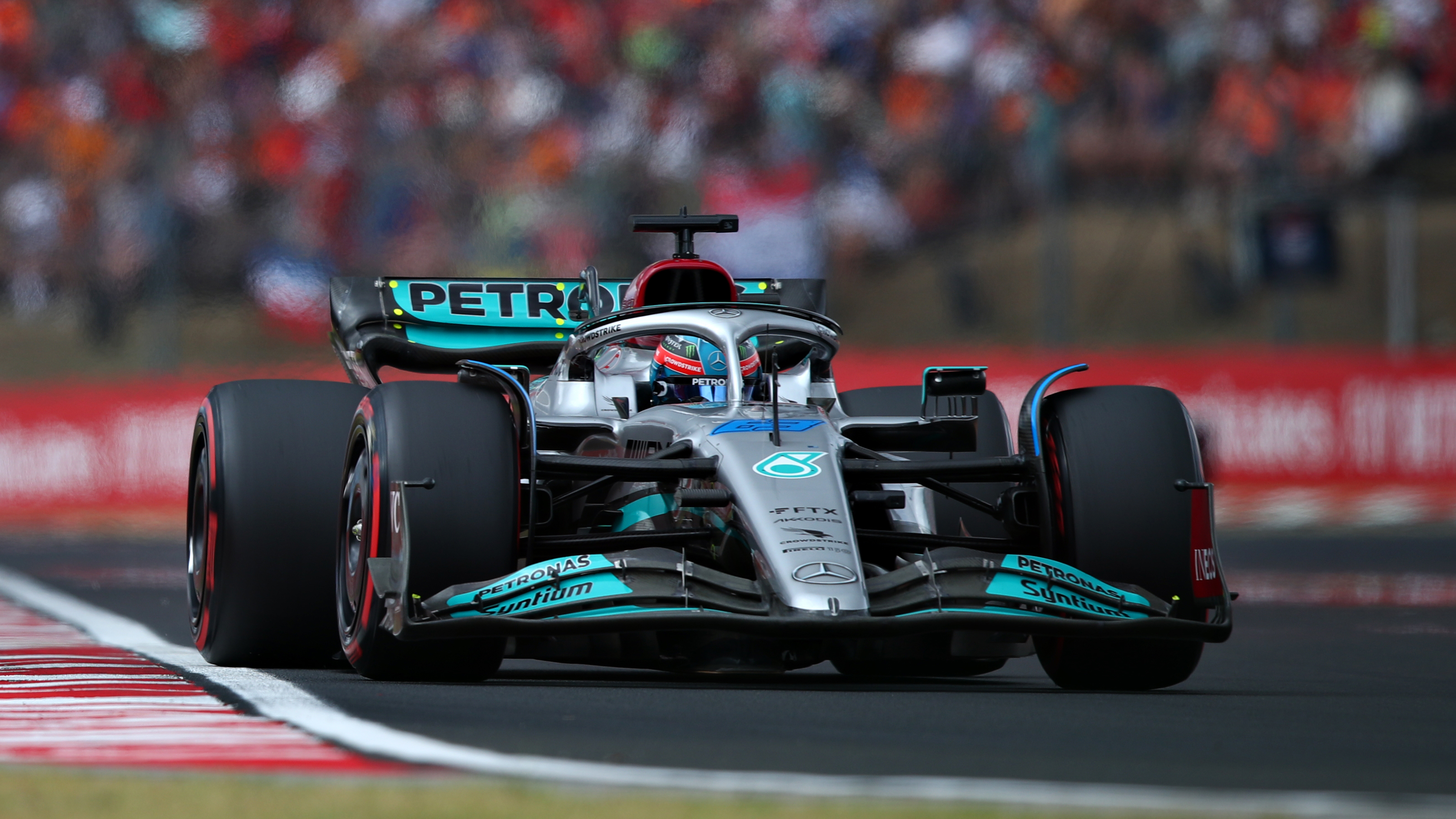 Russell, who replaced Valtteri Bottas at Mercedes this year, landed his seat in part by overperforming for struggling backmarker Williams last year with an incredible performance in the wet to qualify second for the Belgian GP.

“Dare I say better than the Spa one?” Russell said. “This is what racing’s all about. This is why I want to become world champion.”

After a first pole, the British driver is eyeing a first win.

“Hopefully we can drive off into the sunset tomorrow. I’m already thinking of what I can do to win,” he said. “Saturday doesn’t mean a huge amount, Sunday is when the points and prizes are won.”

Russell has what it takes to reach the top, Mercedes team principal Toto Wolff believes.

“This is one of many milestones to come. George is a champion in the making,” Wolff said. “We would never have put him in a Mercedes if he didn’t think he could become a world champion.”

Hamilton had some bad luck as his drag reduction system stuck.

“My DRS stopped working, which was frustrating after all the struggle we had to finally have the chance to fight for front row,” he said. “We didn’t know how strong our pace was and where it came from, so it’s a very positive day for us. Huge congratulations to George, it’s an amazing feeling to get your first pole.”

Sainz called his form “nothing special” and conceded Russell “deserves that pole,” while Leclerc said he “struggled massively in Q3” because “the tires were definitely not in the right window.” 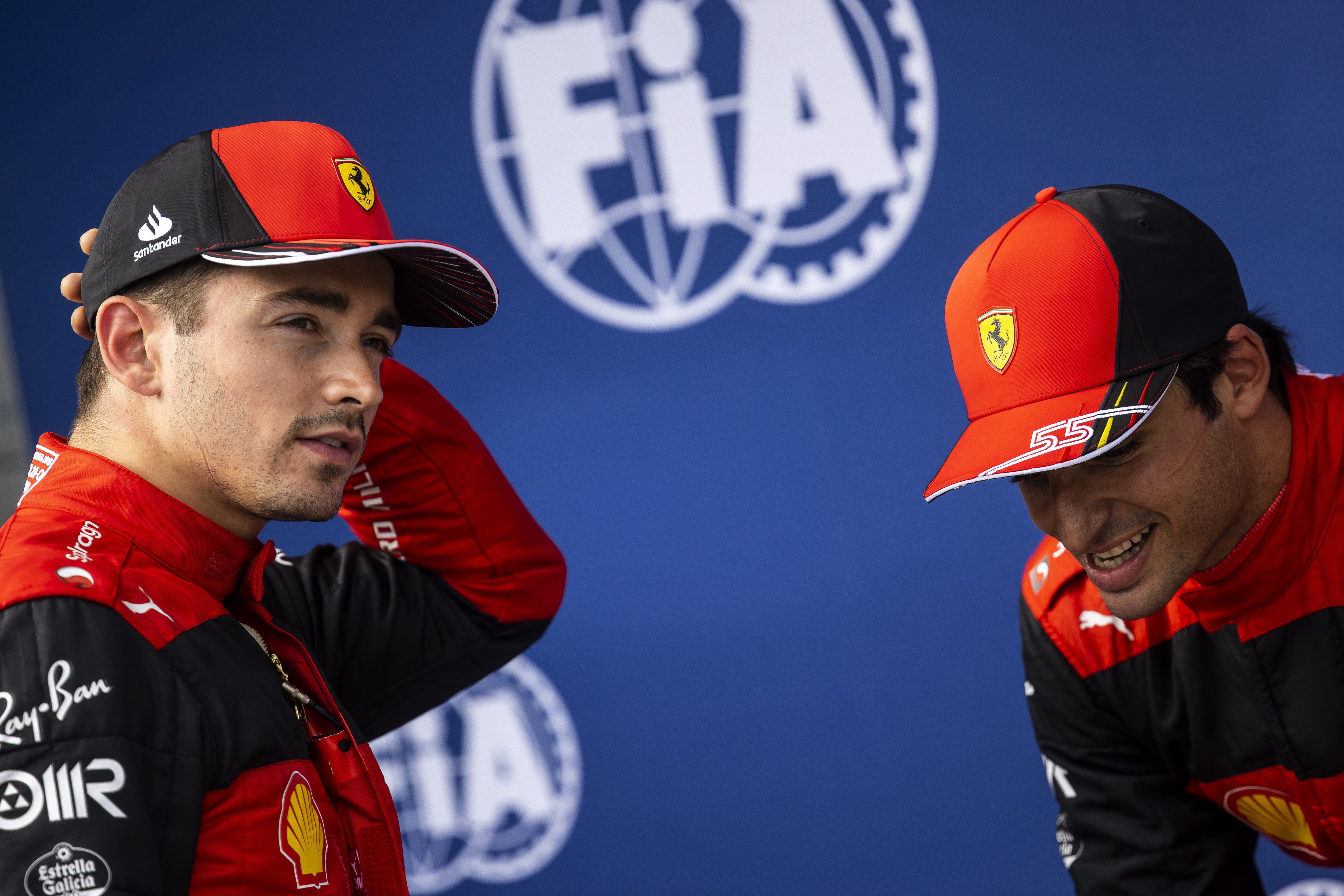 At least he has Verstappen where he wants him, seven cars back.

“Max might take a few more laps to come to the front,” Leclerc said.

Aston Martin driver Sebastian Vettel lost the rear tires and went backward into the crash barriers, bringing out a red flag with about 10 minutes to go. The session restarted with four minutes left.

After the intense heat of Friday, rain began thundering down around midday and the Hungaroring was drenched by the 1pm start.

The Ferraris were the first to go out and Leclerc slid as he missed a chicane.

As rain got even heavier and visibility worsened, Vettel — who is retiring at the end of the season — missed a turn and AlphaTauri’s Pierre Gasly just avoided a crash barrier then later did a 360 spin.

Russell said he was “struggling a lot,” Ricciardo spoke of having “absolutely no grip” and Haas driver Mick Schumacher complained his rear tires felt like they were slipping on ice.

Williams driver Nicholas Latifi surprised everyone by posting the fastest time on his final lap.

“I was wondering if that clapping was for me,” joked Latifi, who is last in the standings and yet to score a point.

That joy was short-lived as the Canadian driver was among the five eliminated from Q1, along with Vettel and Gasly.

“I’m gutted,” said Gasly, who had one of his lap times deleted for going off track limits, also at Turn 5.