England won a major international soccer tournament for the first time in more than half a century. The fact it was the women’s team, not the men’s, that ended decades of pain made it all the sweeter for many fans.

Crowds erupted in joy at London’s Wembley Stadium, at fan zones across the country and in pubs, clubs and living rooms as the whistle blew after extra time with the score England 2, Germany 1. It was the first-ever European victory for England’s Lionesses, and the first major international trophy for any England team — male or female — since 1966. In London’s Trafalgar Square, fans chanted “It’s coming home!” — a reference to the England anthem “Three Lions,” with its chorus “football’s coming home” — and jumped into public fountains in celebration.

“It shows that after all these years, women’s football is something to care about and something to scream about. We did it — the men couldn’t do it but we did!” 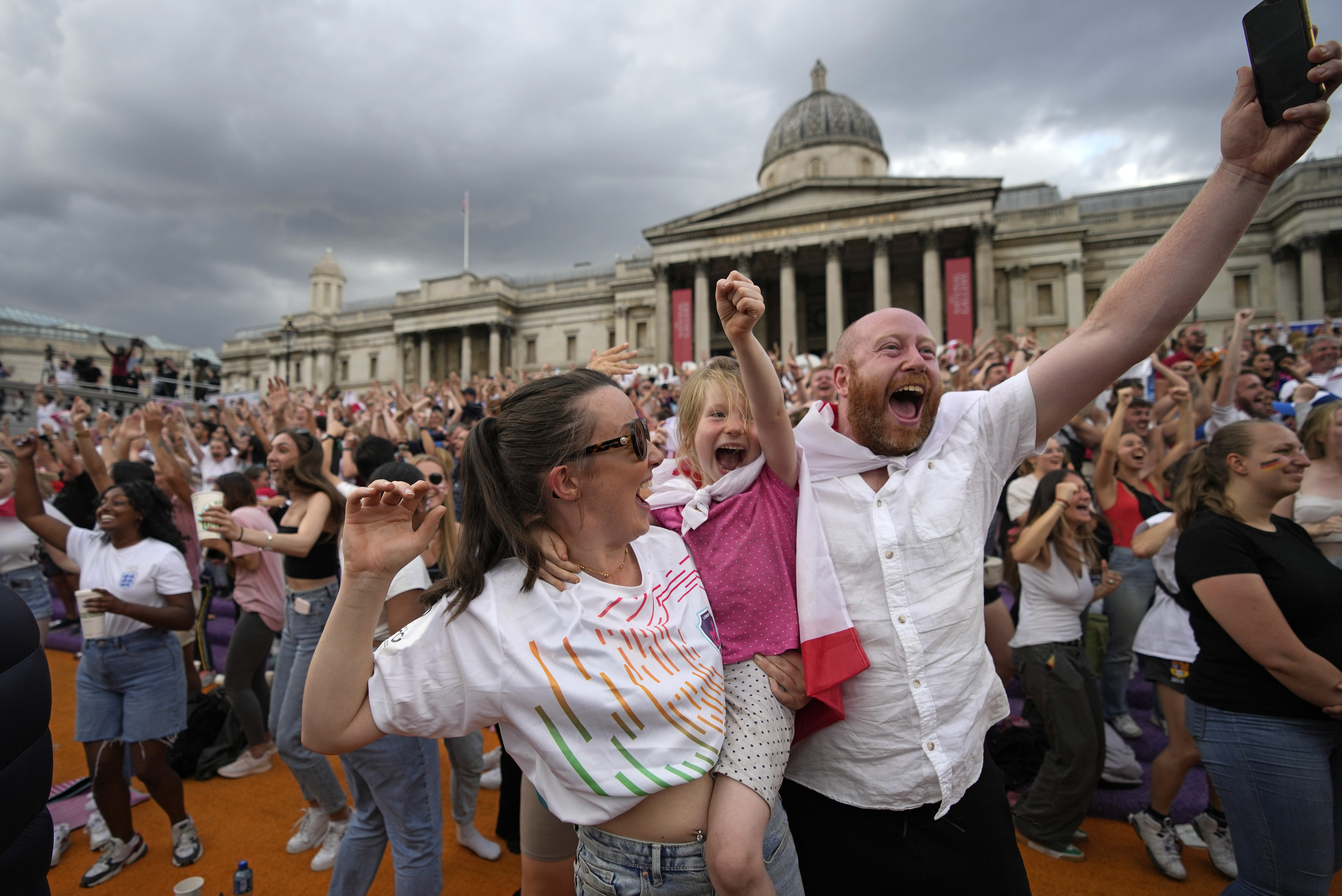 At Wembley, the crowd broke into “Sweet Caroline,” the Neil Diamond song that has become a soccer anthem.

“We’re delighted! It’s historic. It was magic in there and a breakthrough moment for women’s sport.”

Whatever the outcome had been, the Lionesses have energised a nation and brought interest in women’s sport in Britain to an entirely new level. Their success has provided a welcome distraction from the UK’s political turmoil and its cost-of-living crisis amid soaring prices for food and fuel. 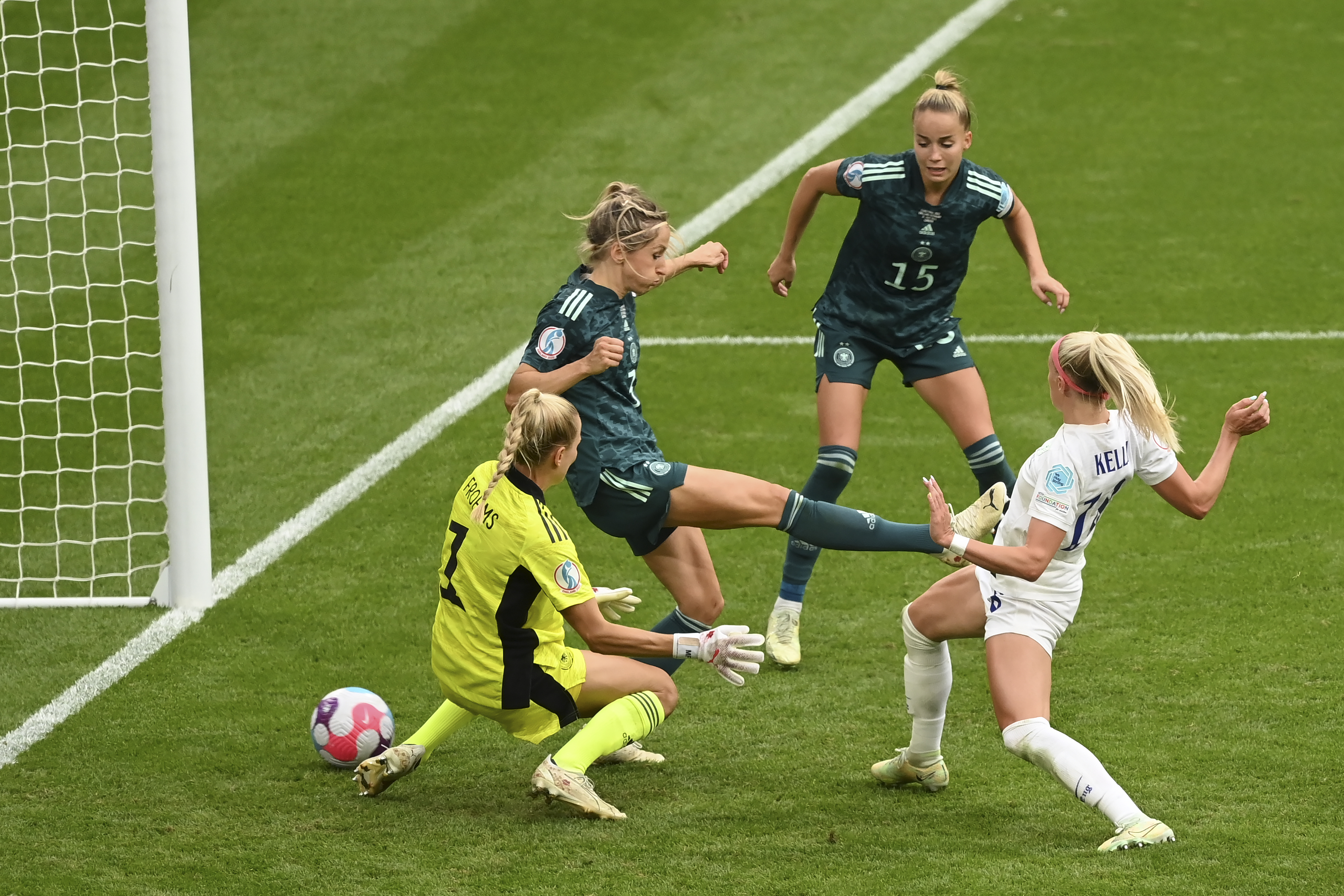 The final was watched by a record crowd of more than 87,000 at Wembley and a huge TV audience, after a tournament that received an unprecedented level of media coverage. More than nine million people watched the broadcast of England’s 4-0 semi-final win over Sweden last week.

Before Sunday, no UK team – England, Scotland, Wales or Northern Ireland – had won a major international soccer tournament since England’s victory over West Germany in the 1966 men’s World Cup.

At that time, women’s teams were banned from using facilities by the Football Association, the sport’s governing body in England. The FA had ruled in 1921 that “the game of football is quite unsuitable for females and ought not to be encouraged.” The ban was not lifted until 50 years later. 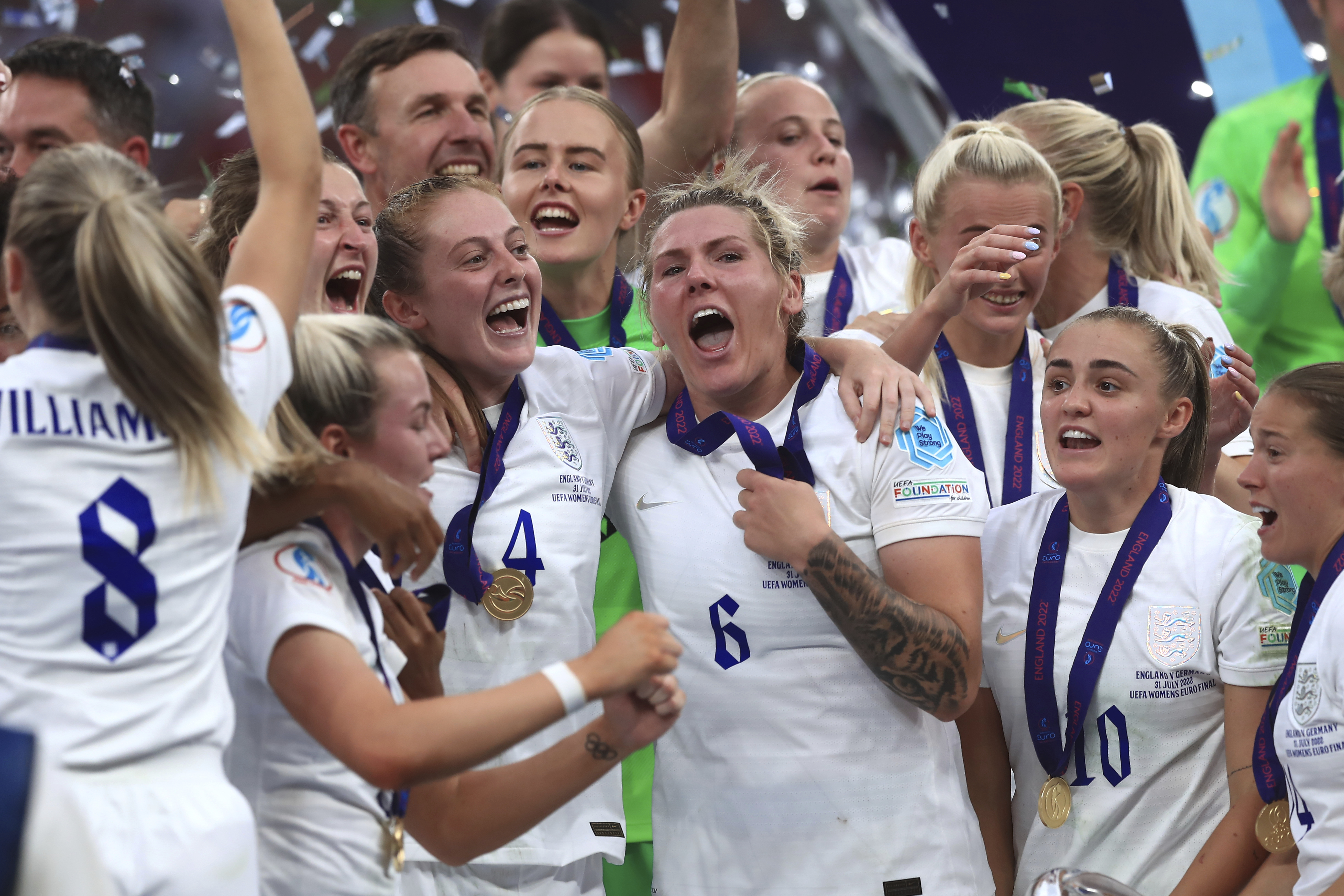 Now, said Jade Monroe, watching the women’s final on big screens in Trafalgar Square, her six-year-old daughter will know she can do “anything she wants in life.”

England’s trophy drought was almost broken a year ago when the men got to the final of a pandemic-delayed Euro 2020 competition, only to lose to Italy in a penalty shootout.

The dynamic men’s team under coach Gareth Southgate was also hailed as a team that represented modern Britain – a multi-ethnic squad whose members took a knee against racism before games, supported LGBT pride, campaigned hard against poverty and vanquished longstanding rivals like Germany. 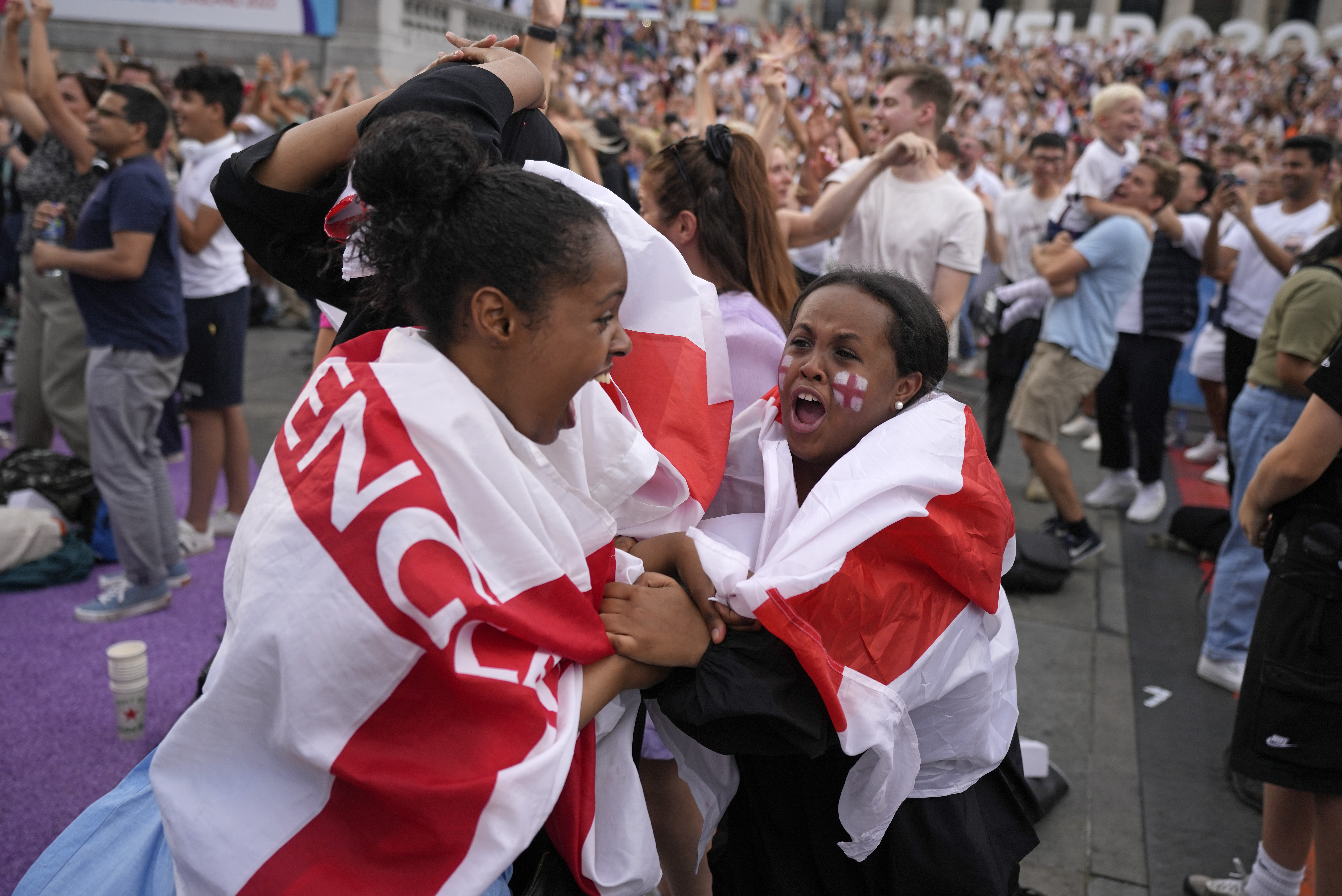 The 2021 men’s Euros final was marred by some drunken disorder outside Wembley Stadium, however, and racist social media messages directed at some players after England’s defeat were a reminder that there’s still a long way to go.

There was no repeat of the boorish behaviour at Sunday’s match, where the crowd included many families with soccer-mad girls.

Girls in many parts of England still have far fewer opportunities to play than boys, and the national women’s team lacks the diversity of the men’s side. But its stars have thrilled a nation.

Mitra Wilson, who watched the final in Trafalgar Square, said the team was an inspiration to her daughters, aged eight and nine.

“It is empowering them to know they can do it and nothing has to hold them back,” she said.