Mark Griffith has walked away from a frightening rollover at The Bend Motorsport Park, leaving his car in bits.

The veteran racing driver was competing in the Aussie Racing Cars as part of the Repco Supercars Championship support card at the OTR SuperSprint.

The miniature racers are based on the cars that compete in Supercars, featuring the Ford Mustang GT, Chevrolet Camaro ZL1, and Mercedes-AMG E63 that Griffith was driving.

READ MORE: The mid-match chat that led to Hynes’ heroics 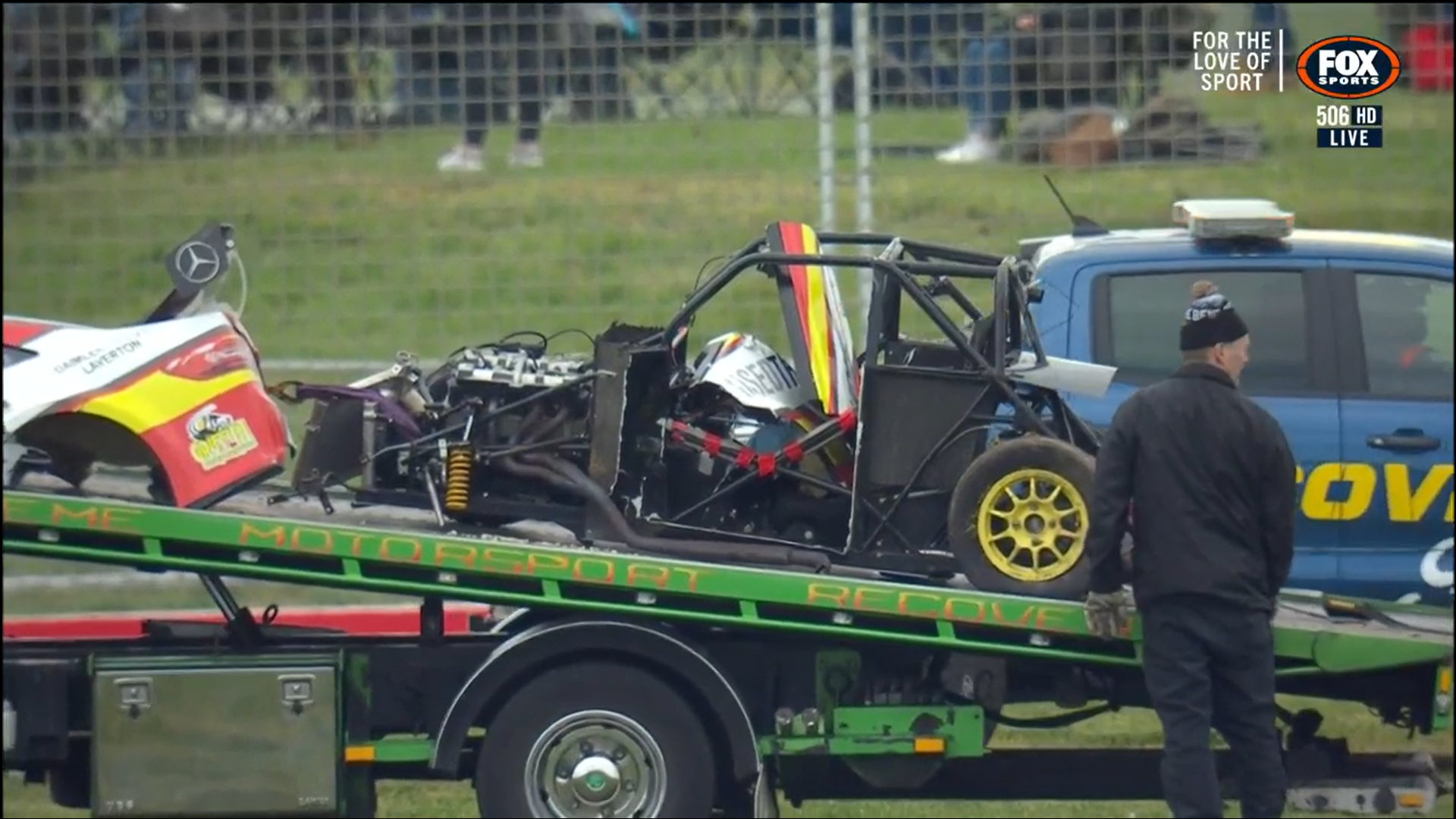 The incident occurred on lap two of what was the final race of the weekend for the series at Tailem Bend.

Replays showed Griffith nudge Matt Gooding into a spin. In avoidance of Gooding, Griffith went to his outside but clipped the rearward-facing car.

Wheel-to-wheel contact sent Griffith up into the air before his wheels dug into the ground, rolling over four times.

The car landed on its roof, although most of the body panels were torn off by the time the car came to a rest.

Griffith managed to extract himself, waving to the crowd before being taken away for precautionary checks. 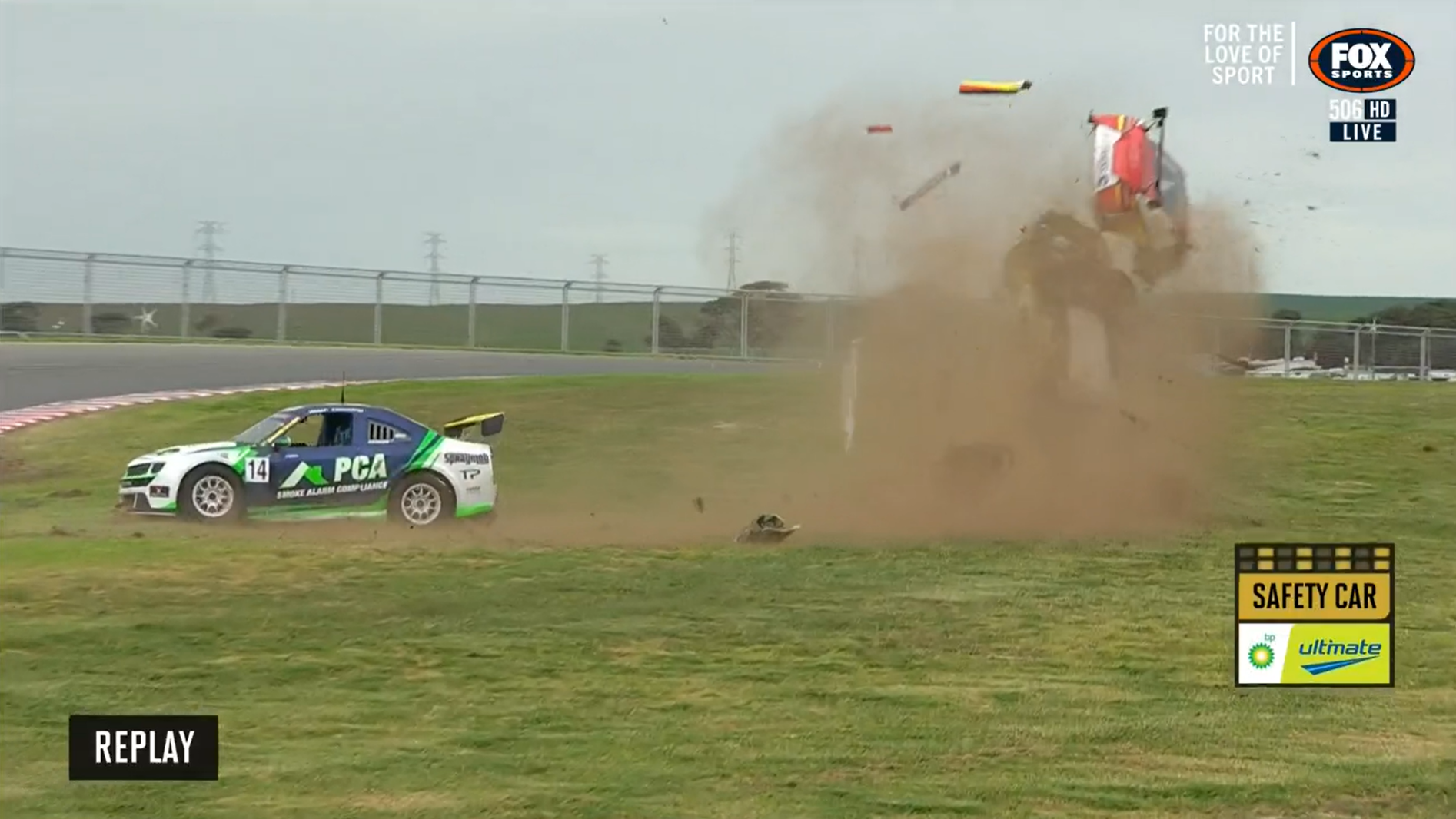 “In one sense, it’s good that the car rolls because it takes the energy out of it instead of having a sudden stop, which is what hurts drivers mostly,” Lowndes explained.

“You can see there that he looks OK. He looks a little bit more frustrated than anything. The car and the cage has definitely done its job.”

Commonly known in the paddock as Griffo, the Queenslander is an experienced driver with over a decade of racing under his belt and multiple class title wins to his credit.

Despite the crash, racing resumed a few laps later after a Safety Car intervention.