Dragons back-rower Jaydn Su’A reeled in Luciano Leilua with a hair pull on Sunday, but his side couldn’t rein in the Cowboys, who raced away to secure a 34-8 victory in Kogarah.

The final game of round 20 tossed up a bizarre talking point when Leilua hit a gap in the 54th minute, prompting Su’A to throw out an arm and deny the second-rower with a hair pull.

Leilua was brought to ground and coughed up the ball, but the referee awarded a penalty and the Cowboys opted for a fresh set of six. 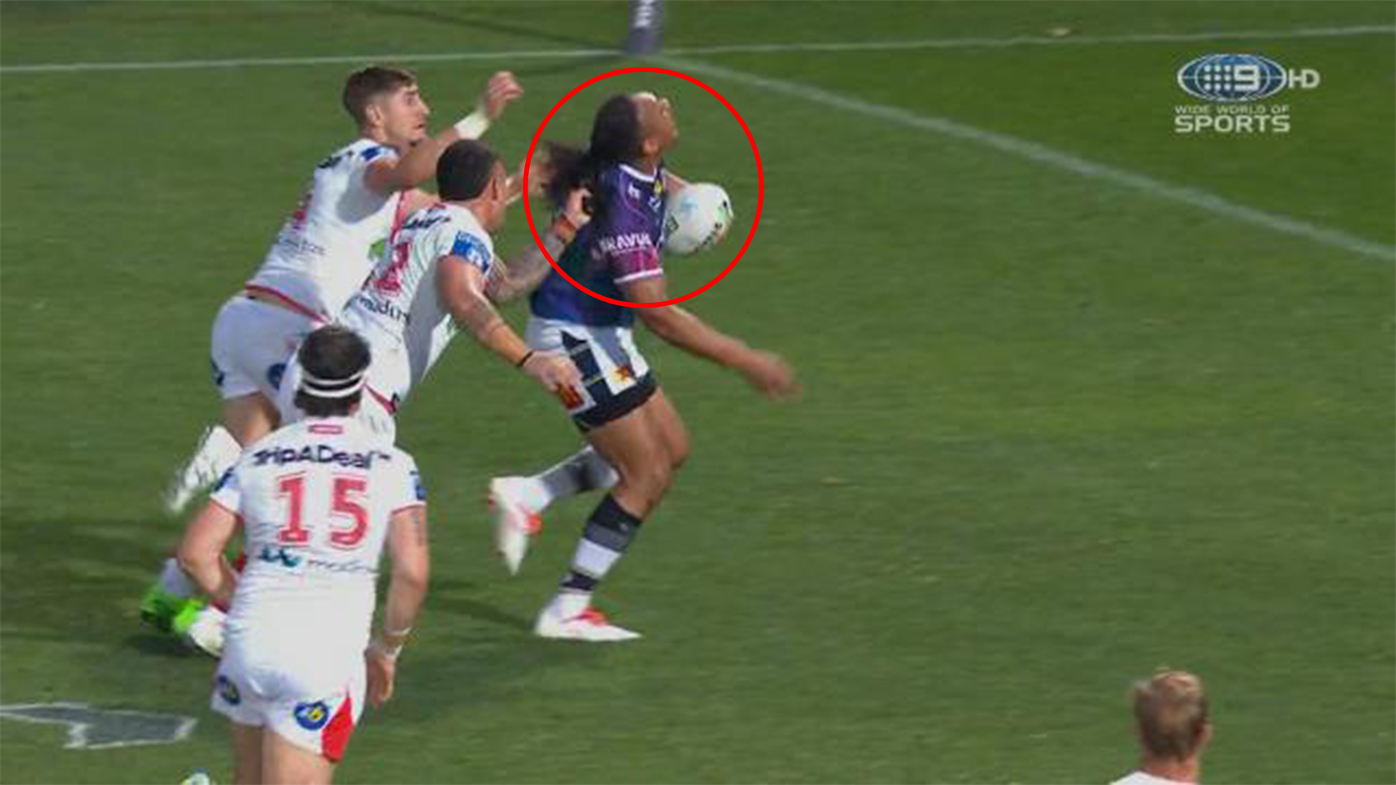 “I think if the hair’s not there he’s gone,” said Storm legend Billy Slater on Nine’s coverage.

“There’s a plus for going bald,” Mat Thompson added, sparking laughter in the commentary box.

In a clash between the Bulldogs and Sea Eagles last season, Joe Stimson was penalised for a hair pull on Marty Taupau, leaving then Canterbury coach Trent Barrett raging.

In the Cowboys’ win over the Dragons on Sunday, crafty fullback Scott Drinkwater and rising second-rower Jeremiah Nanai bagged doubles as North Queensland broke a 19-year drought, winning its first game in Kogarah since 2003.

The Cowboys had lost three games at Kogarah Oval since 2003, but Todd Payten’s men thumped the Dragons to consolidate second on the ladder. 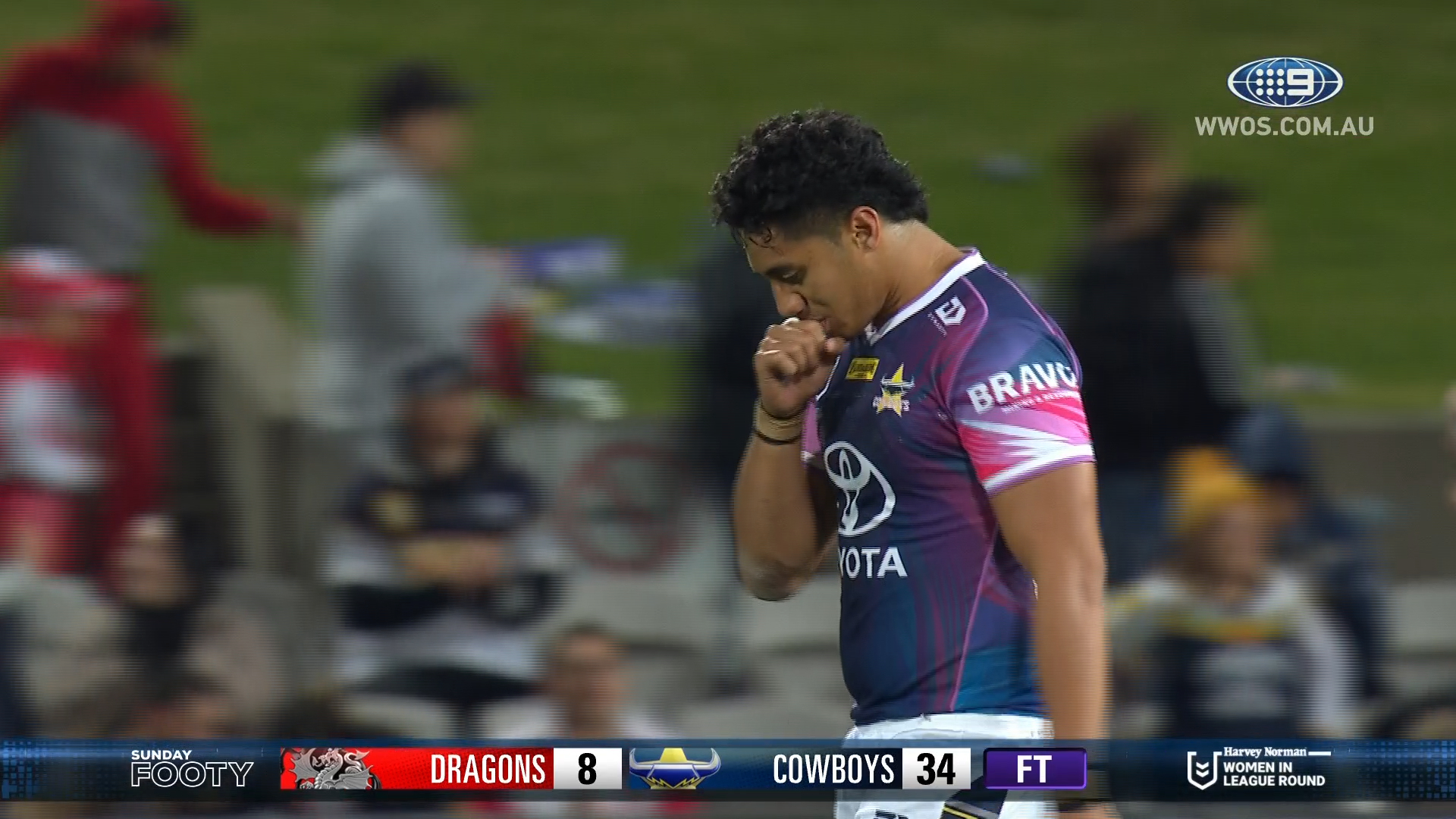 St George Illawarra lost a crucial game in its bid to snare a finals berth, leaving itself sitting precariously in 11th.

The Cowboys will face the Bulldogs, Roosters, Warriors, Rabbitohs and Panthers on the road to the finals, and the Dragons await clashes with the Sharks, Raiders, Titans, Wests Tigers and Broncos.

The Dragons are sitting one win outside the top eight and have a worse for and against than every team above them on the ladder.

‘Hardcore’ move that could redefine Ricciardo

The F1 villain at the centre of the...