Kyle Chalmers has delivered an extraordinary poolside interview, doubling down on his Instagram spray amid reports of a rift in the Australian swim team.

The Olympic gold medallist said his mental health had taken a battering and he was weighing up whether to continue swimming after the Commonwealth Games, amid rumours involving former girlfriend Emma McKeon, the queen of Australian swimming, and popstar-turned-swimmer Cody Simpson.

“It took all my courage and energy just to stand behind the box and swim this morning,” Chalmers told Seven’s Cate Campbell.

“Not one thing was spoken about how we broke the Commonwealth record and won the gold medal last night. Not one thing about that.

“So for me it’s heartbreaking. 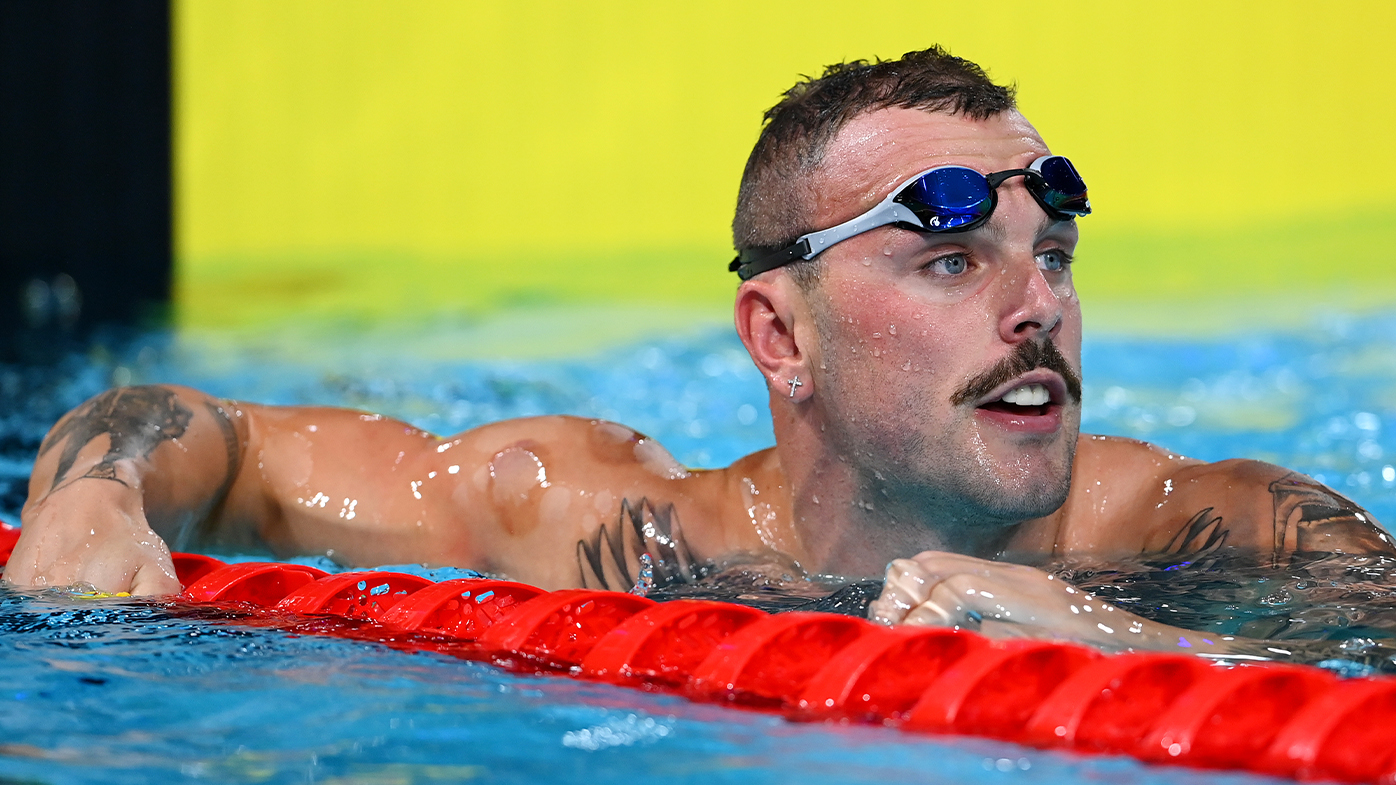 “I do and will consider what is next for me now.

“As much as the media want to make up there is conflict in the team, there is zero. We’re such a tight team.”

Chalmers and ex-girlfriend McKeon were members of the mixed relay team.