Adam Saad has spoken out as the AFL joined the Adelaide Football Club in investigating reports of an alleged racial slur made towards him during Carlton‘s loss at Adelaide Oval on Saturday night.

In a Tweet circulated on social media, the Carlton cheer squad claimed a female Crows supporter called the Blues defender “a terrorist”. Saad is a first-generation Lebanese Muslim – the only practicing Muslim player in the competition.

The post also labelled the subsequent action taken by Adelaide Oval ground staff as “absolutely disgraceful”, after the accused woman was spoken to but allowed to remain in her seat for the remainder of the match.

According to Adelaide Oval’s code of conduct, any person who engages in racial abuse “may be removed” from the venue.

“Depending on the severity of the behaviour, anyone evicted may incur a ban, suspension of membership and/or police charges,” the code says.

Addressing the media on Sunday, Saad said he wanted to use the incident to educate people on the peacefulness of his religion.

“[I’m] always grateful to be in this position, can’t complain,” he told reporters.

“Those things shouldn’t be said but hopefully the AFL and the clubs will deal with it.

“It’s disappointing, I guess we’ve just got to educate around making comments like that.

“At the end of the day I know who I am as a person and us as a Muslim community.

“As long as we can educate the person and move things forward.” 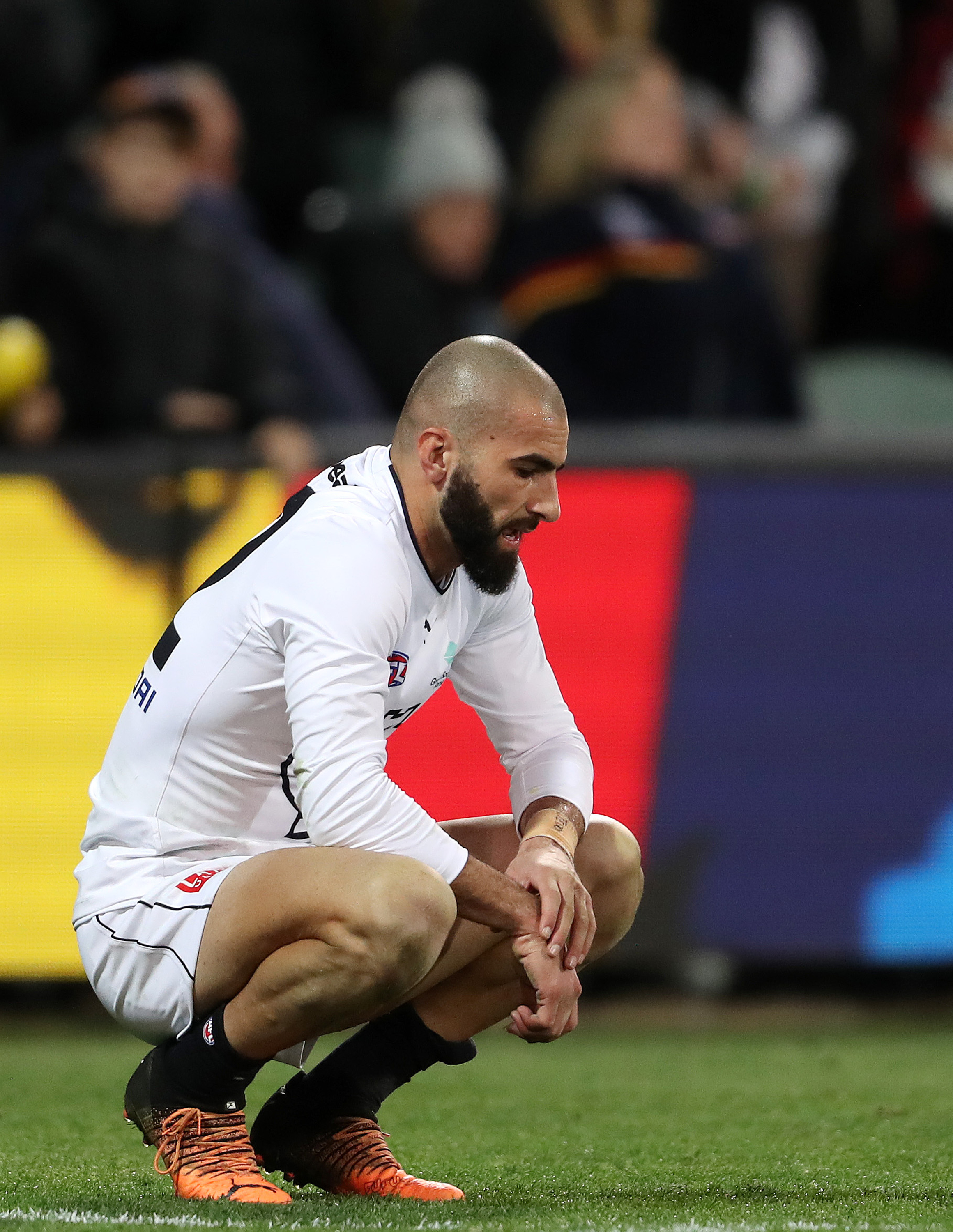 The Blues said in a statement they were comforting impacted members of their community.

“The Carlton Football Club is working with AFL Integrity and all relevant parties regarding an allegation of racial vilification in the crowd during Saturday night’s game at the Adelaide Oval,” it read.

“The club is fully aware of the seriousness of the alleged comments, and has been providing the appropriate level of support to its people as the matter is investigated.

“The club makes clear that vilification of any kind is disgraceful, unacceptable and has no place in society, let alone our game.”

In a separate statement, the Crows said they would not stand for any type of anti-social behaviour.

“We do not tolerate and strongly condemn any form of discriminatory behaviour and it has no place in football or society. Adelaide Oval should be an inclusive and family friendly environment,” it read.

In response to the incident, AFL House said the league would continue to advocate for diversity and inclusion.

“Football is a place of inclusion and belonging and there is no place for racist behaviour in our game,” a statement read.

“Nobody in our game or in the community deserves to be discriminated and vilified against due to their faith or race and there is simply no excuse for it.”

South Australia Police have confirmed officers and Adelaide Oval security took down the details of people allegedly involved in the incident.