The mid-match chat that led to Hynes’ heroics

Sharks match-winner Nicho Hynes has revealed how a chat with teammate Matt Moylan set the stage for his golden point heroics against the Rabbitohs.

The Sharks prevailed in a match which was a tense arm-wrestle the entire time after Hynes drilled a field goal with three minutes left in a second golden point period to give his team a 21-20 win at Shark Park.

Following his game-winning exploits, Hynes said he’d spoken with Moylan in the break between the two golden point periods about who would take the vital kick.

“I put us under pressure with that pass to Toby (Rudolf) so I had to do that otherwise I would’ve been crying all night,” he told Fox League after the win. 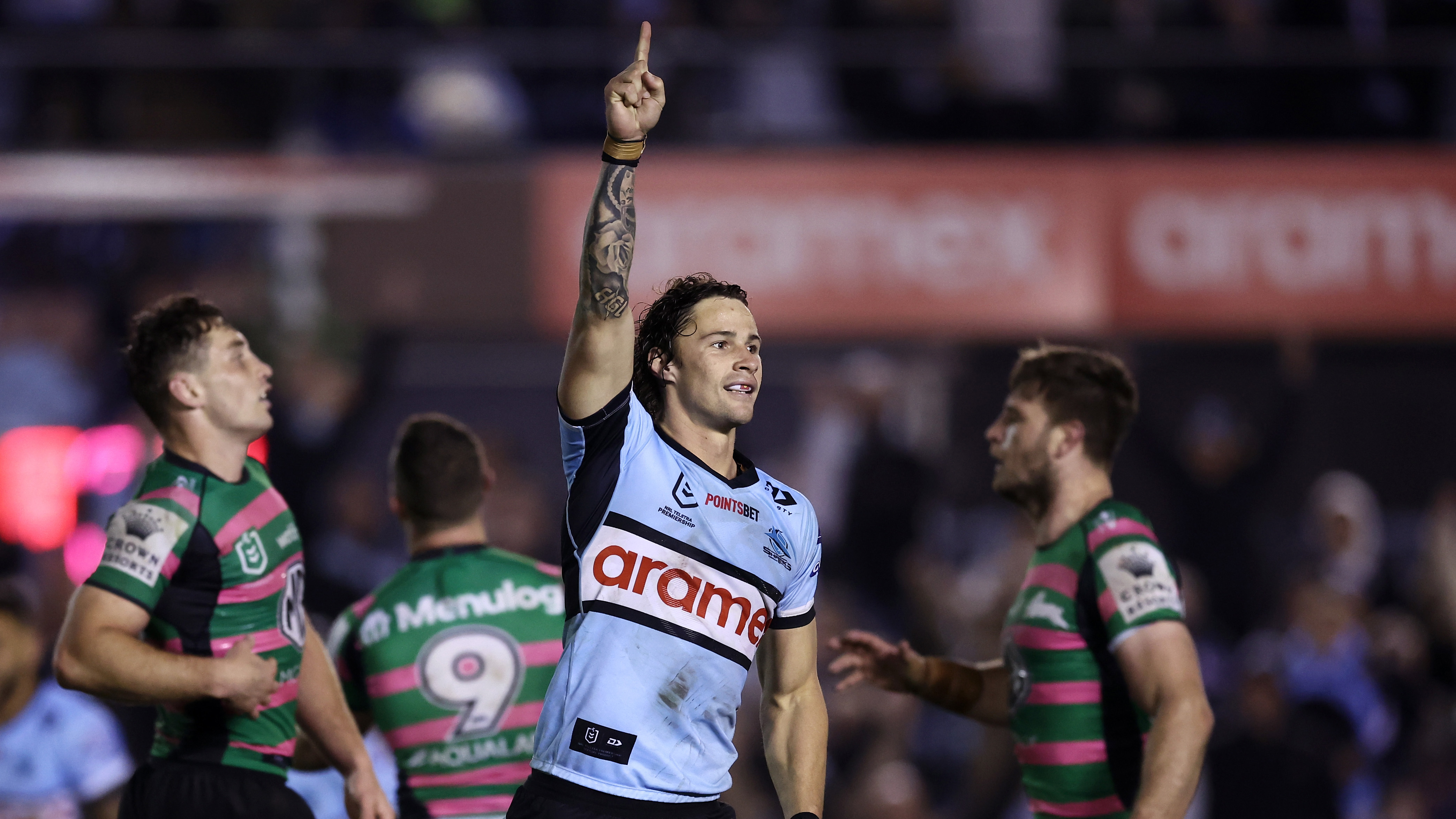 “We just kept defending and we stuck into it and it worked out for us. I wanted it the whole time and I got tackled by Latrell one time and (Moylan) wanted one and I said, ‘Nah’.

“At the half-time break I said, ‘Get me in position, I want one’, and luckily enough I got one.”

The win could prove to be vital in the make-up of the NRL’s top eight, with the Sharks now in third spot on the ladder.

Following the loss, the Roosters are now in seventh spot on the ladder with 24 premiership points.