Raiders big man Joseph Tapine could face scrutiny from the NRL judiciary after being sin-binned for an off-ball punch during his side’s win over the Titans.

Tapine was marched from the ground with seven minutes left in the first half of the Raiders’ 36-24 win at Cbus Super Stadium after taking exception to a tackle from Titans hooker Aaron Booth.

The incident occurred when Tapine looked to offload a ball while being tackled by a number of Titans.

Booth came in late and low, taking out the Raider’s legs and causing him to crash to the turf, with the tackle leaving Tapine fuming. 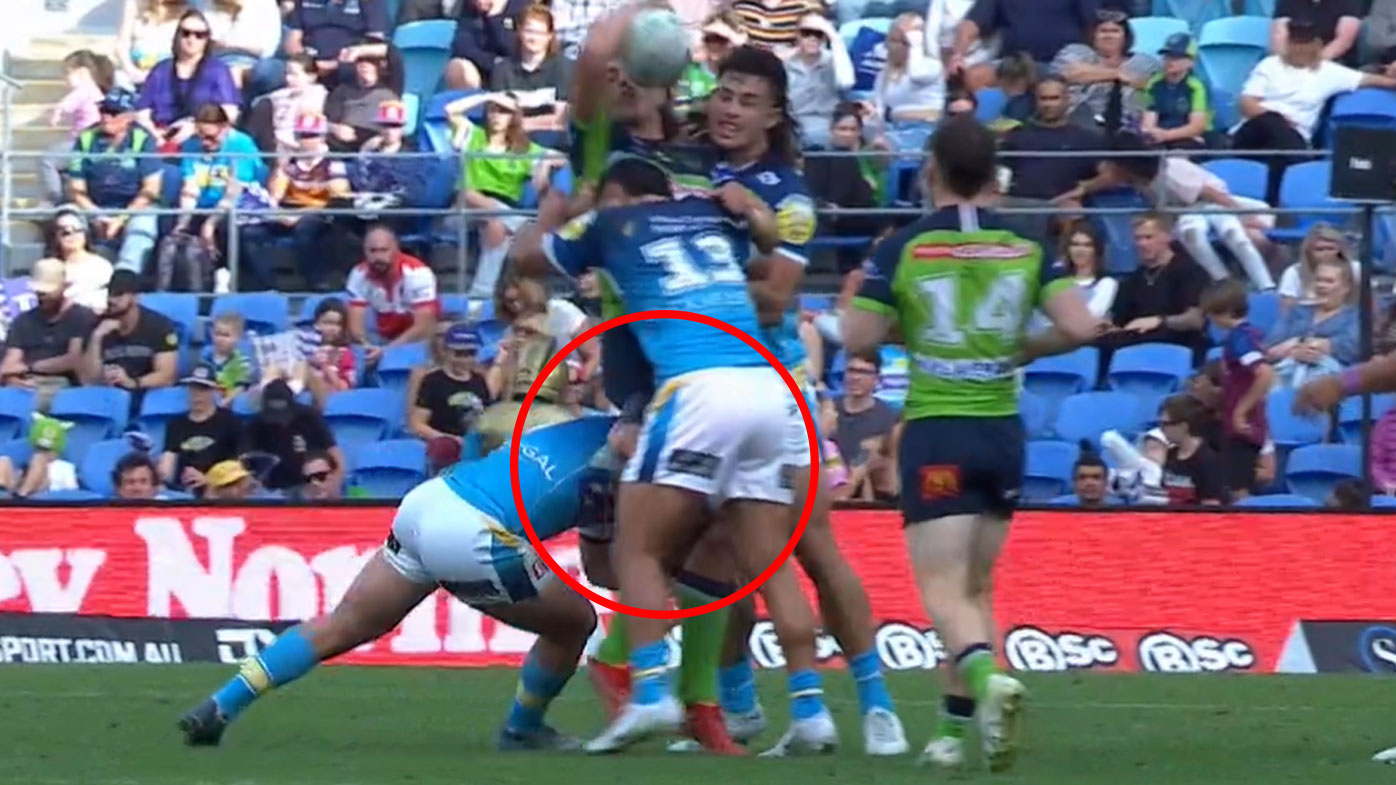 As play continued on Tapine tangled with Booth while the pair remained on the turf, with Tapine swinging a right arm towards Booth’s head.

After a brief stoppage, the Bunker ruled Booth’s tackle to be a fair one, but told referee Ben Cummins to give Tapine his marching orders for throwing a punch in the fracas.

Tapine’s sin-binning, which occurred with the Raiders holding a 16-6 lead, threatened to allow the Titans back in, particularly after Tanah Boyd’s 39th-minute try drew the home side to within four points at the break.

However, the Raiders stormed home after the second half, with tries to Hudson Young (46th minute) and Tapine (65th minute), while Sebastian Kris scored a double with tries in the 51st and 73rd minutes.

The win allowed the Raiders to stay in touch of the eighth-placed Sydney Roosters, with the two sides level on points.