Collingwood young gun Jack Ginnivan has admitted being the centre of the AFL’s seemingly never-ending free kick furore has impacted his mental health.

Despite being just 22 games into his AFL career, the 19-year-old has become one of the league’s most recognisable players this season, but not for all the right reasons.

While he’s proven to be a damaging weapon in the Magpies’ forward line, kicking 32 goals in 17 appearances this season, it’s his penchant for drawing high contact that has created most of the headlines.

After drawing several high contact free kicks early on in the season, Ginnivan has seen umpires turn a blind eye to dangerous high tackles on him in recent weeks after the league’s crackdown on players who feign for free kicks. 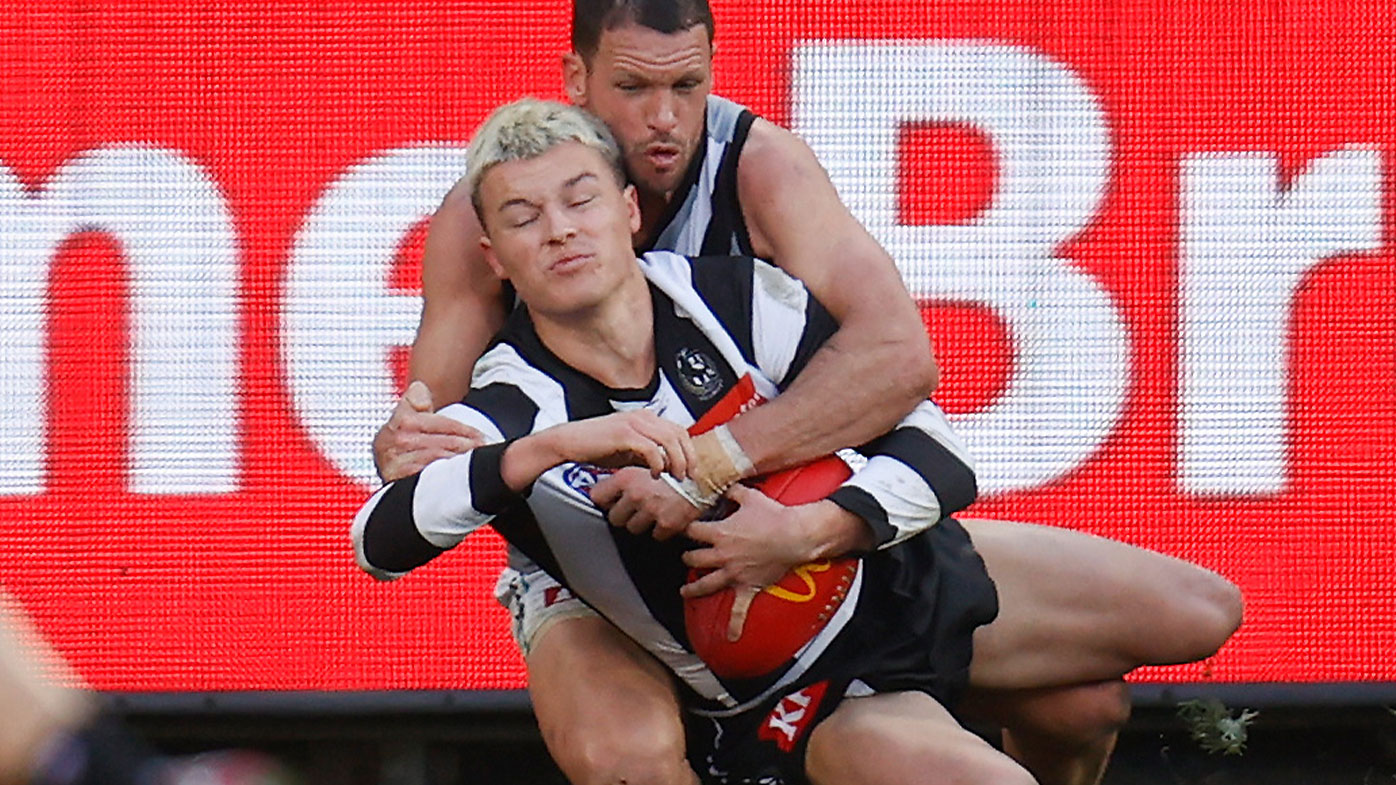 Ginnivan was again at the centre of a dubious call in the second quarter when he was seemingly caught high by Port veteran Robbie Gray, only for the umpires to award a free kick against him for holding the ball.

However, the controversy did not deter him, with the teenager playing a starring role in Collingwood’s 10th straight win of the season.

Ginnivan finished with three goals against Port Adelaide and opened up on the toll of the free kick saga afterwards.

“Coming off a s–t week last week, didn’t play my best, and just got back to work on the training track,” he told Fox Footy after the win.

“I got lucky and all the boys supported me, so it was good to get on the end of a few. 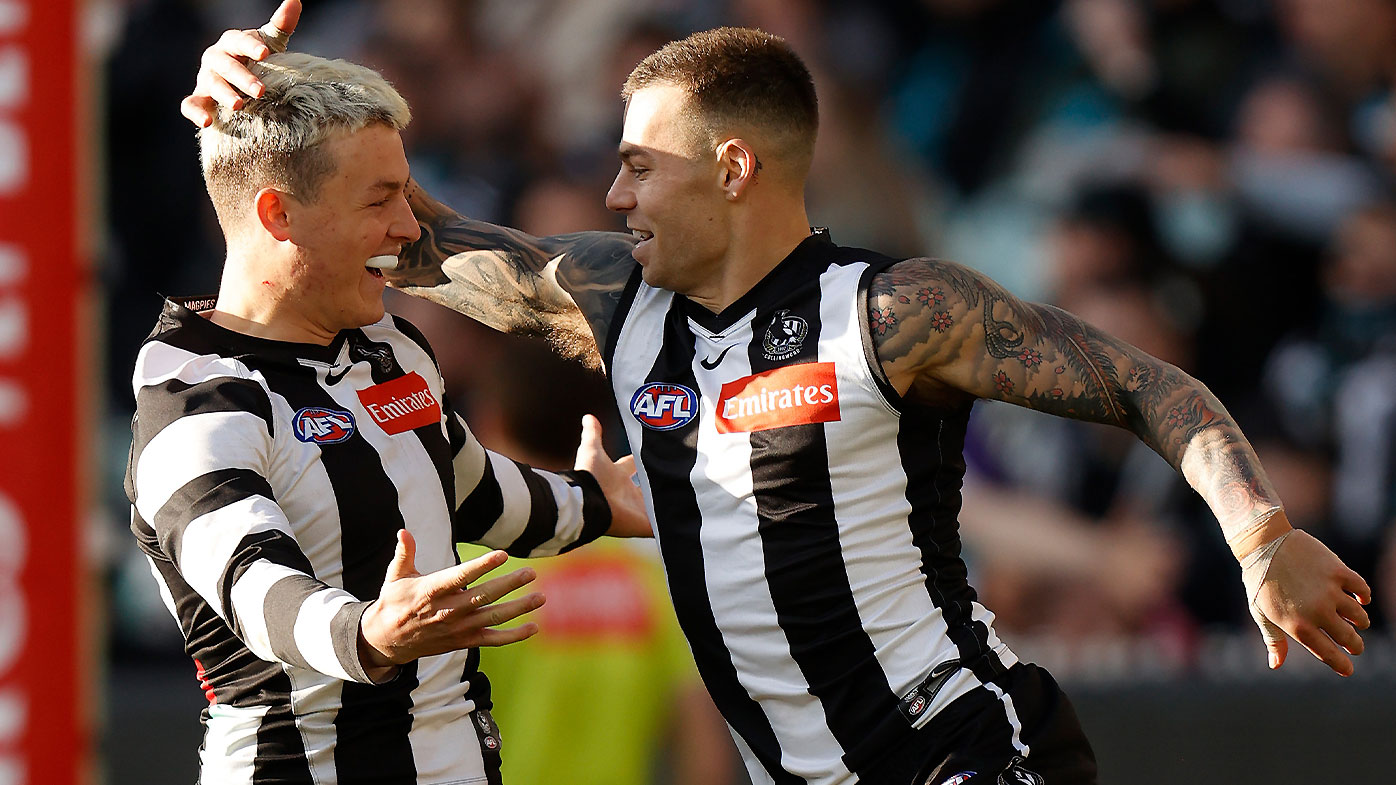 “It’s definitely taking a toll on my mental health and all that stuff, but I’m here happy, smiling, when you’re kicking goals and winning it’s beautiful.”

Ginnivan thanked his teammates and coach Craig McRae for helping him cope with all the scrutiny he has endured so far in his young career.

“I’ve got some strong leaders around me,” he said.

“Darcy Moore, Callum Brown is one of my best mates, he’s looking after me, my mum and my family is so amazing up here every week, so I can’t complain.

“Fly (McRae), he’s a beautiful human, I love him to bits and he’s looking after me day by day, so it’s really good.”

The surging Magpies will face yet another stiff test next week when they face the reigning premiers Melbourne at the MCG on Friday night.