Smiling her heart out and thanking a roaring Birmingham crowd repeatedly, Jessica Stenson powered toward the finish line of the women’s Commonwealth Games marathon and captured gold on Saturday night (AEST).

Wearing green and gold for the first time as a mum, the 34-year-old Australian overcame a field that included the reigning champion, Helalia Johannes of Namibia, in the time of 2:27:31. 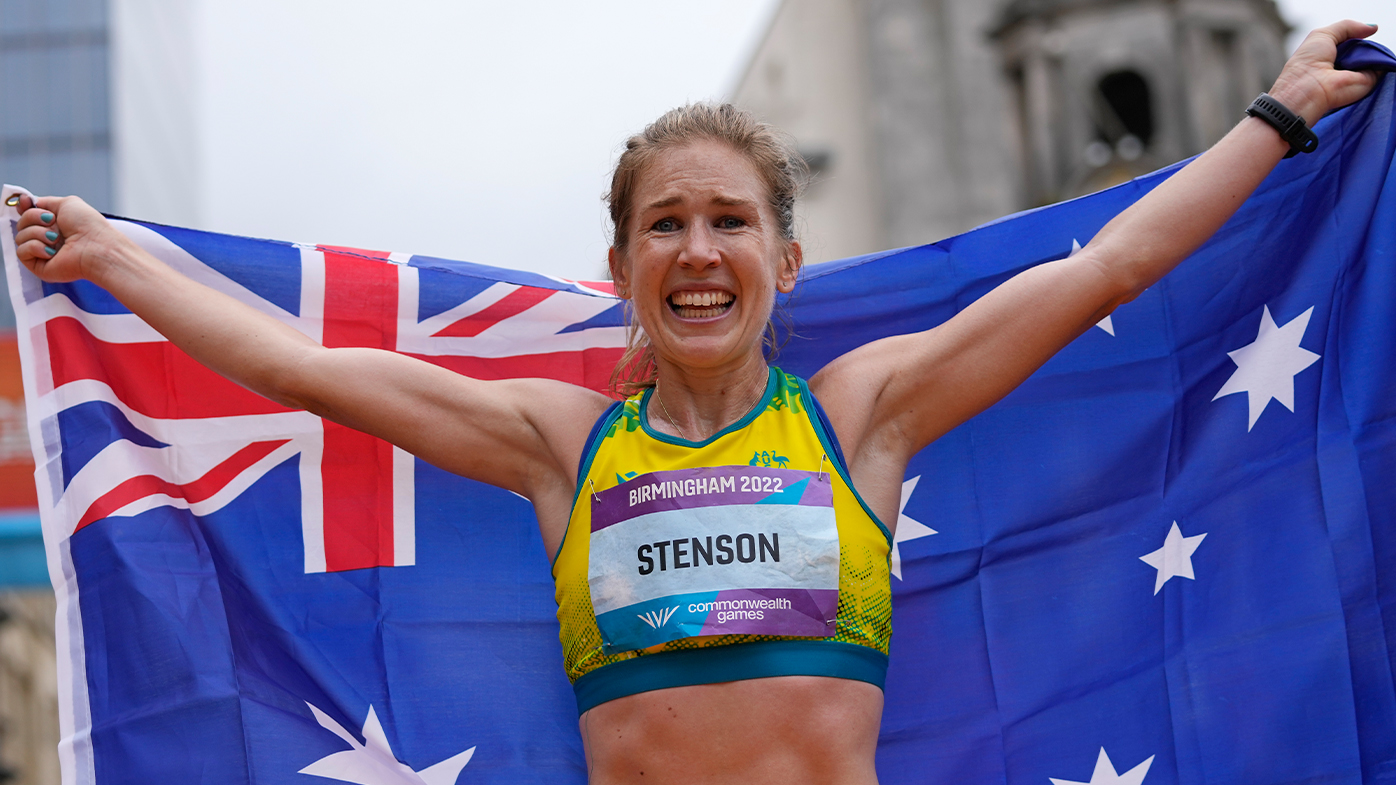 It followed the gold-medal performance of Australian wheelchair athlete Madison de Rozario in the women’s T53/54 marathon, who defended her 2018 Gold Coast triumph earlier in the day. She won in a Commonwealth Games record of one hour and 56 minutes.

Stenson had a heartmelting embrace with her husband Dylan and two-year-old son Billy in the crowd after producing the run of her life.

She also had a lovely moment with Eloise Wellings (fourth in 2:30:51) and Sinead Diver (fifth in 2:31:06) moments after her Australian teammates and dear friends crossed the finish line. 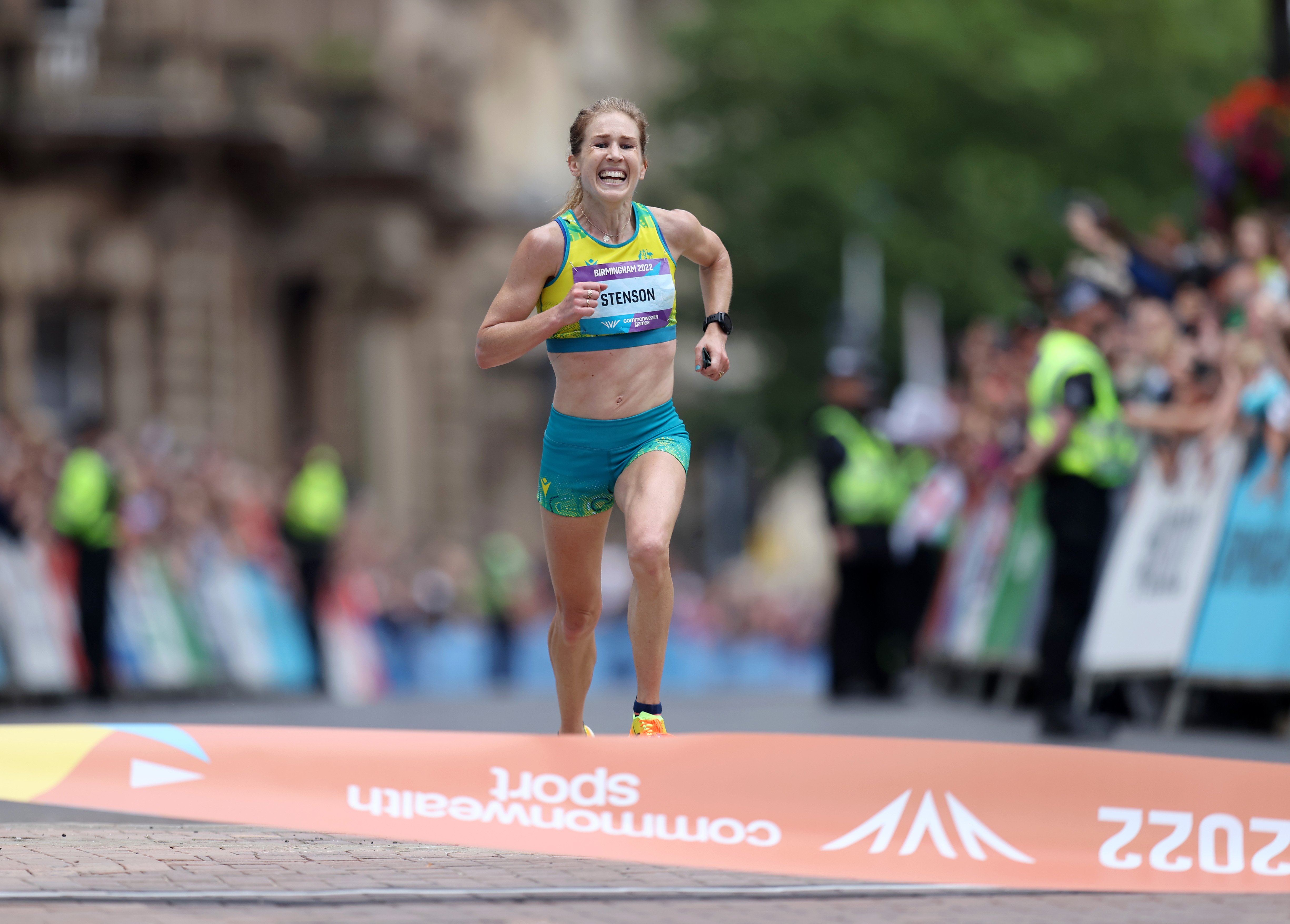 Stenson added gold to the bronze she won in the 2014 and 2018 Commonwealth Games, then under her maiden name of Trengove.

“Two-and-a-half hours of agony that turns into joy and lasts forever,” Bruce McAvaney said of Stenson’s run on Seven’s coverage.

An ecstatic Stenson spoke at the finish line about the impact of motherhood.

“I think being a mum makes you stronger, physically and emotionally,” she told Seven. 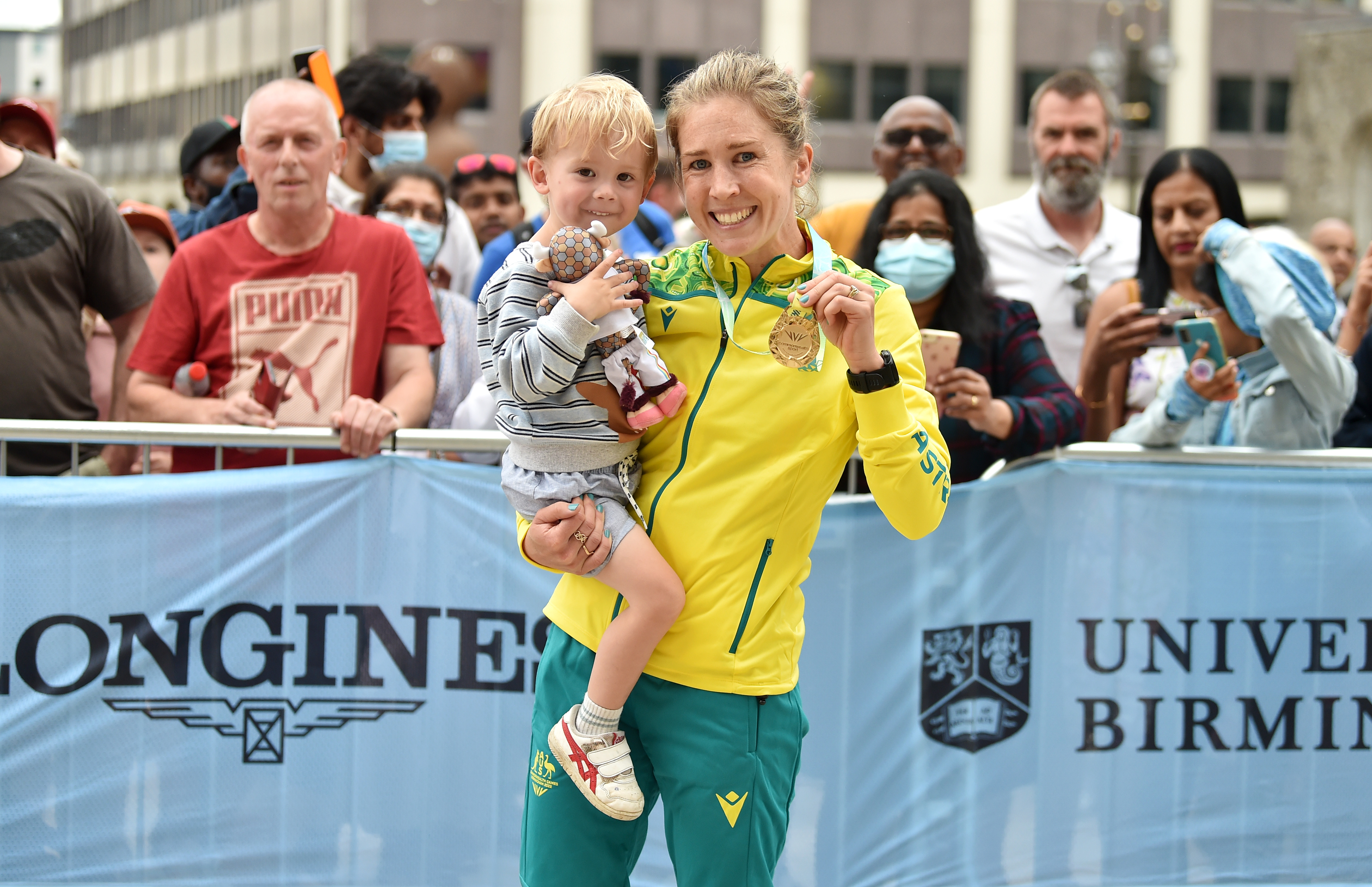 The 39-year-old Wellings and 45-year-old Diver have also established themselves as supermums on the Australian athletics scene.

Stenson and Muriuki broke away from Johannes with 17 minutes remaining, before the Australian pushed clear of the eventual silver medallist with 15 minutes to go.

That gave her the opportunity to soak up victory well before the finish line as she charged through the streets of Birmingham.