Sydney Roosters forward Egan Butcher is set to miss next week’s game against the Brisbane Broncos following a nasty high tackle in the dying moments on Thursday night.

In his team’s 20-10 win over Manly, Butcher was hit with a grade two careless high tackle charge for a shot on James Segeyaro, which sparked a brawl at the end of the match.

Both Butcher and Manly centre Morgan Harper were sin binned over the incident, which occurred with just 30 seconds left on the clock.

Butcher can escape with a one-game ban should he submit an early guilty plea, or miss two games if he were to fight the charge and lose.

The Roosters will be back in action against the Broncos next Thursday, after creating some breathing space between themselves and the Sea Eagles in the battle for eighth spot. 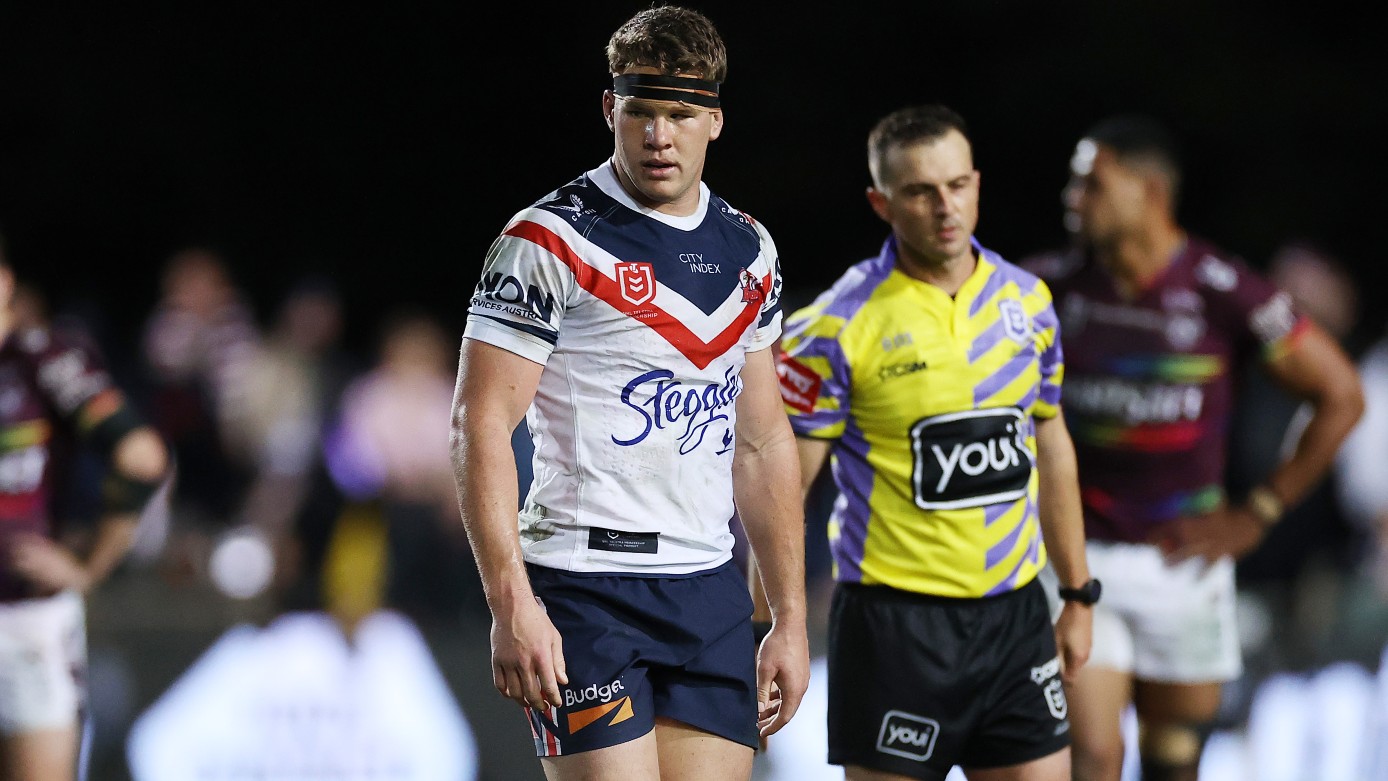 What was at times a spiteful encounter left first-gamer Alfred Smalley also facing a week on the sidelines for a high tackle, while Roosters stalwart Jared Waerea-Hargreaves escaped with only a fine for an incident involving debutant Zac Fulton.

At the full-time whistle, cameras saw Fulton engaged in a tense conversation with Waerea-Hargreaves, presumably over the pair’s coming together, as blood streamed across his face from a separate incident in the dying seconds of the match.

Smalley and Fulton were among several players called into the Sea Eagles’ first grade side for Thursday night’s clash, following the decision of seven players to boycott the game due to a reluctance to wear the club’s Pride jersey.