Jessica Stenson’s world has changed enormously since she last pulled on green and gold.

When the 34-year-old takes to the start line of the Commonwealth Games marathon on Saturday night (AEST), she’ll be wearing Australian colours as a mum for the first time.

Stenson didn’t have a little tacker in her life as she took on the world at the 2012 and 2016 Olympics, and 2014 and 2018 Commonwealth Games, clinching bronze in the marathon in Glasgow and on the Gold Coast.

But in November 2019, Stenson and her husband Dylan were blessed by the arrival of their beloved boy Billy. 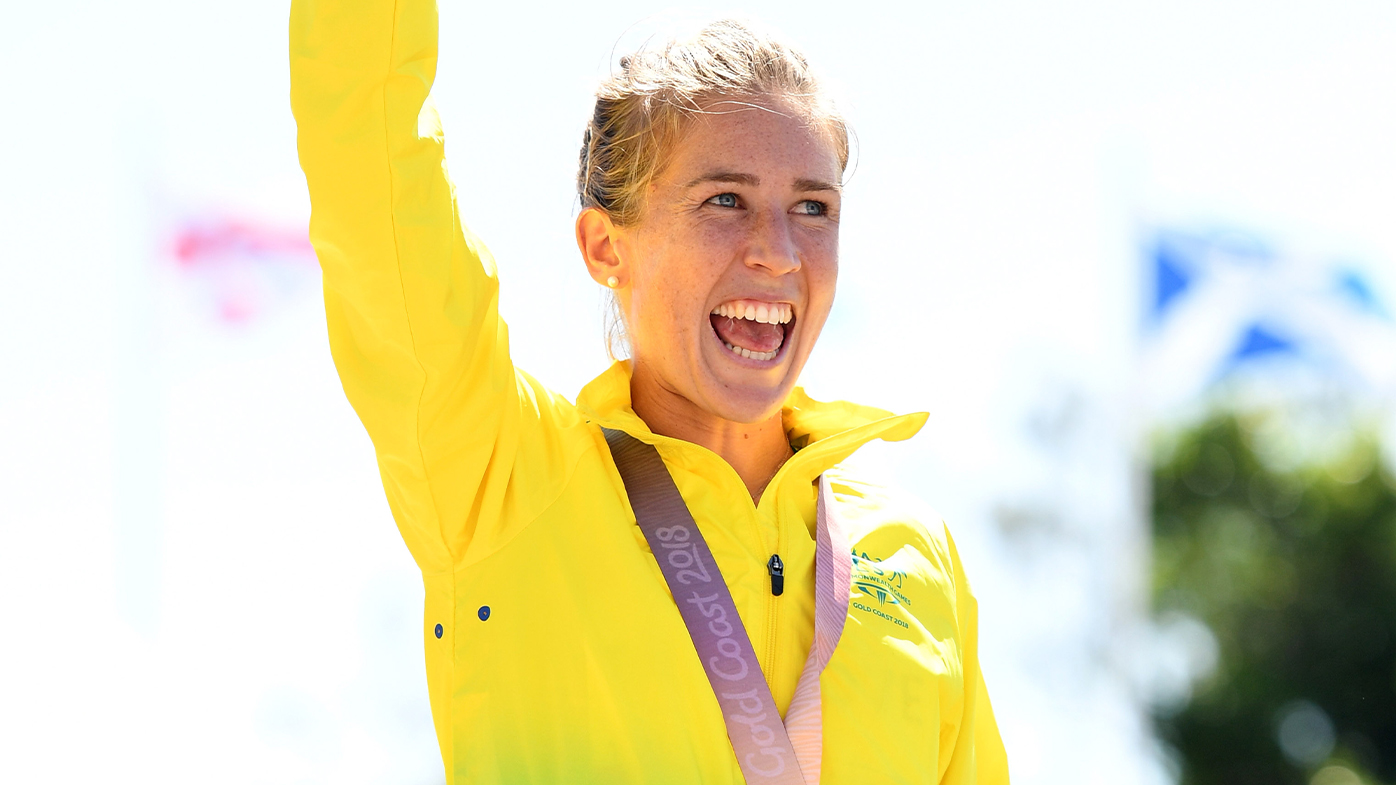 “I love running, I always have and I love the outdoors and the lifestyle as a runner, but when Billy was born I really felt complete,” Stenson tells Wide World of Sports.

“Now when I run I feel so fulfilled outside of what I’m doing in running that it takes the pressure off my running. I can just get out there and I feel free.”

That perspective discovered in motherhood has made the going easier, which throughout a training block of about 160 kilometres a week has been of welcome relief.

The South Australian, an older sister of former AFL midfielder Jack Trengove, was forced to miss seven weeks of training early this year due to a stress reaction in her femur.

She also contracted COVID-19 less than a month out from the Commonwealth Games, causing a bump in the road on a three-week training camp at high altitude in Switzerland. 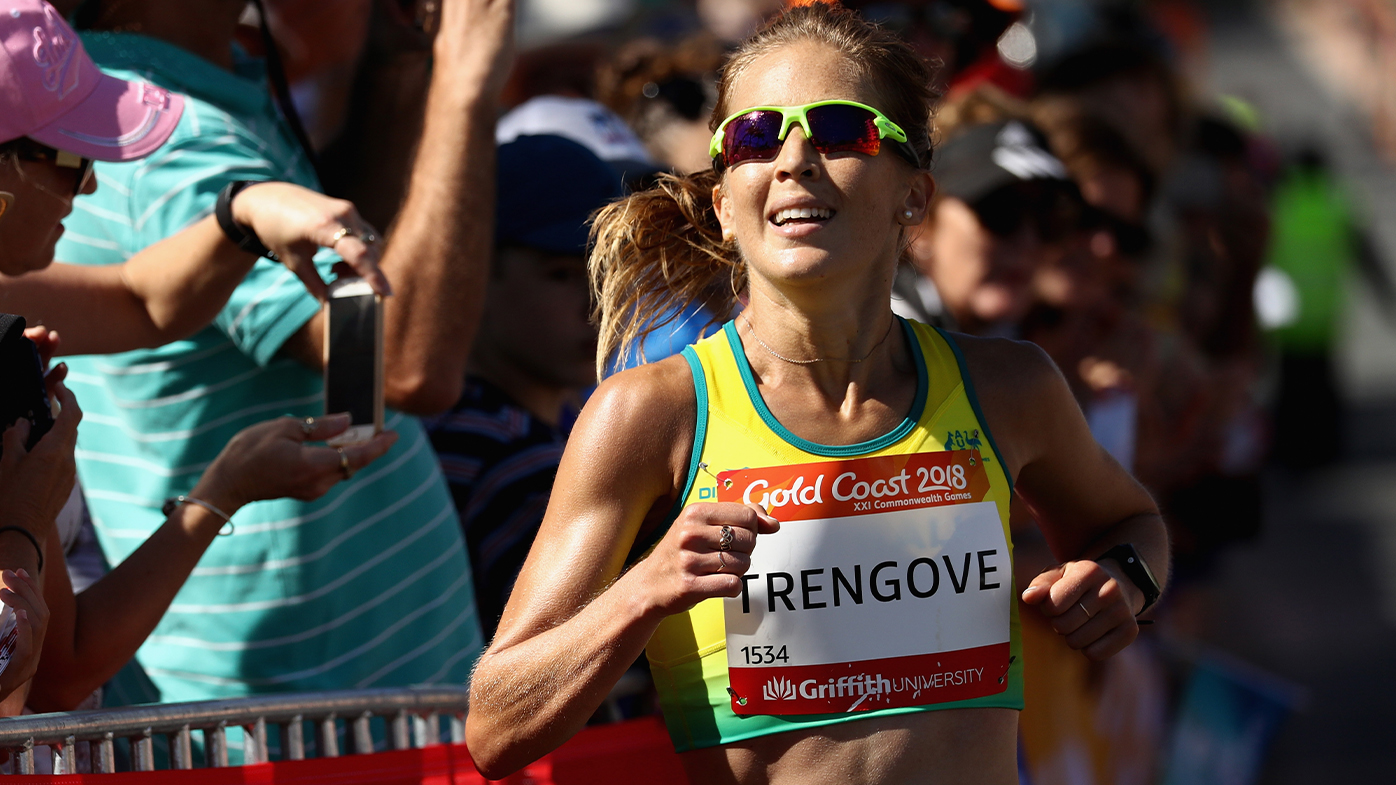 But amid the toil as an elite long-distance runner, Stenson has found motherhood “heartwarming”.

“It takes your mind away from any stress and anxiety about what you’re doing at the time. You think, ‘I’ve got kilometre reps or whatever to do tonight’, and then you see him and you instantly smile and it just takes those stresses away,” Stenson says.

“It’s very refreshing to see him out there and having fun, and it just reminds you that we’re made to move. You see young kids running around, and the freedom and the fun they feel, and it’s nice to try to take that playful approach into high-performance sport, because I think that can sometimes be lost.”

Being a mum means Stenson no longer has the time to be banking up to 200 kilometres a week, the heavy workload that built her up for bronze at the 2018 Commonwealth Games.

She also admits that lugging around a 15-kilogram toddler and not having so much time to be “idle” affects the number of weekly kilometres she’s able to run and takes a toll on her recovery.

Stenson says her husband Dylan, an engineer by trade and a serious 800-metre runner, is “amazing” at juggling fatherhood with other responsibilities.

She’s enlisted her two biggest fans for crucial roles as she charges through the streets of Birmingham.

“I’ve told them where I hope to see them on the course,” Stenson says.

“There are certain parts of the race that I typically find really difficult in a marathon. At the 25-kilometre mark, for example, you’ve still got a long way to go but you’re starting to build that fatigue.

“So I’m hoping to spot them at a few points around the course, and then they’ll do their best to make it to the finish line (by the time I’m done).

“It’s not as easy as jumping on a scooter when you’ve got a toddler to travel with,” Stenson adds with a laugh.

Throughout her journey as a mother and top-class athlete, she’s drawn inspiration from the two women set to join her on the start line in Birmingham.

“I was sharing a room with her at the London Olympics and she wasn’t a mum at that point,” Stenson says of Wellings.

“Then we went to the 2014 Commonwealth Games together in Glasgow and we were on a training camp beforehand and she had her toddler there.

“I just remember looking at her and thinking, ‘That is amazing. Imagine that feeling of preparing for a major championship with your little one there being a part of that journey’.

“So when I made the decision that I’d like to try to start a family, I had no doubts in my mind that if I wanted to come back to perform at the highest level it would be possible, because I had these role models to look up to.”

Wellings, a two-time Olympian, is about to become the first Australian runner to have competed at five Commonwealth Games.

The supermum from Sydney, for most of her career a 5000-metre and 10,000-metre runner, has made the jump to the marathon since giving birth to her second child in 2019.

She had a breakthrough performance in the Japanese city of Nagoya in March, clocking 2:25:10 to become the fourth-fastest Australian woman over the marathon in history.

Diver didn’t take up running until the age of 33, by which point she’d had one child, but her 10th-placed finish in the marathon in Tokyo last year was the best Olympic result by an Australian woman since 1988.

The Ireland-born veteran is also the third-fastest Australian woman over the marathon ever, having posted 2:24:11 in London in 2019.

In the only marathon Stenson has run since giving birth to Billy, she registered a personal best of 2:25:15 in Perth in October 2021. 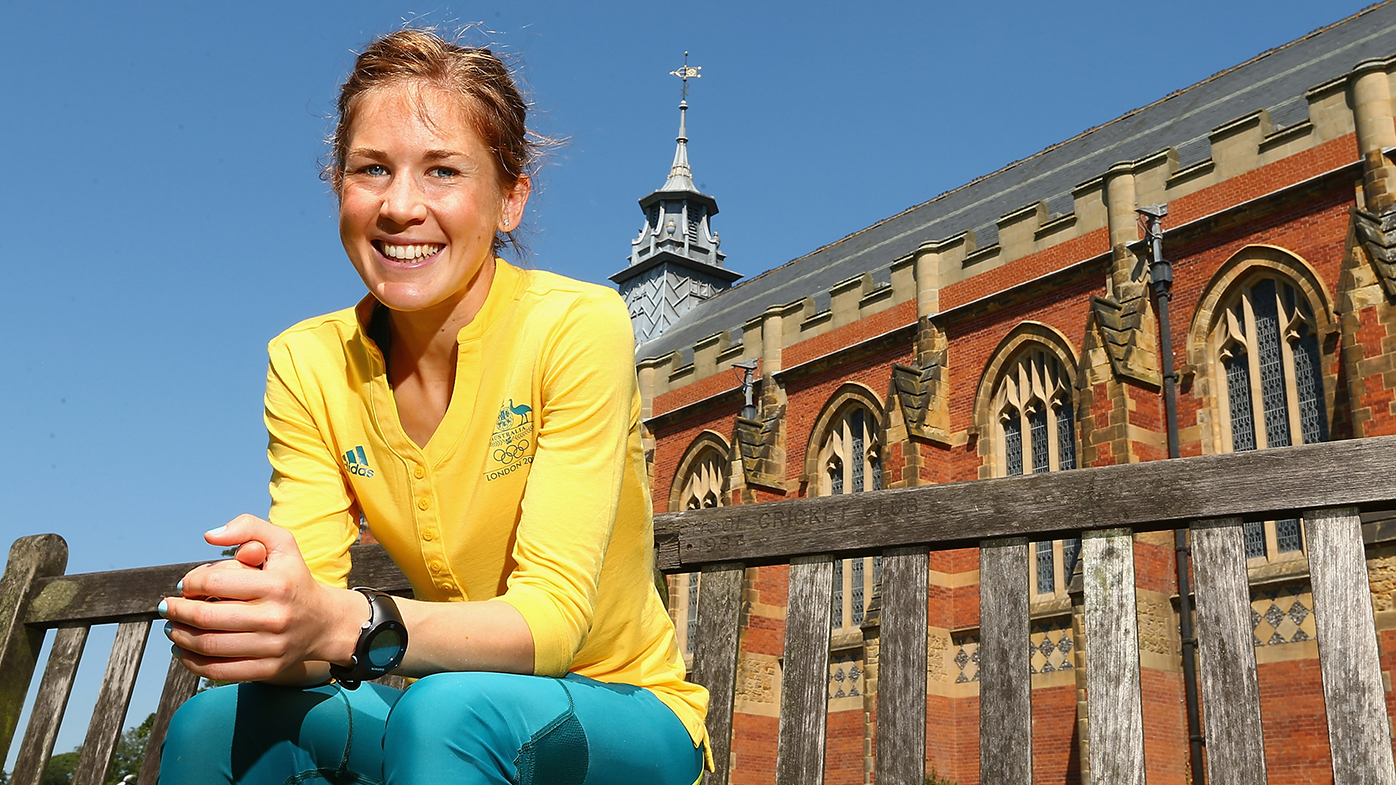 “I met Sinead in 2015 and she was a mum of two but had only just started running seriously,” Stenson says.

“So she’s had a very different journey and to see what she’s done has been amazing.”

Stenson will be rapt to take off with Wellings and Diver when the gun fires in Birmingham.

“We had the world championships and the Commonwealth Games very close together this year and the marathoners had to choose which one was there preference,” Stenson says.

“One of the major appeals of the Commonwealth Games was this opportunity to be on a team with two special friends and role models.

“We’ve really enjoyed preparing together and it will be pretty cool to be running beside each other on Saturday.

“It takes a lot to come back from giving birth,” Stenson adds.

Now, with a wonderful new perspective, a run in green and gold as a mum awaits.