One of the most tumultuous relationships in the NRL could be coming to an end – with Luke Brooks possibly having played his last game as a Wests Tiger.

Now 27, Brooks burst onto the scene in 2013 and was hyped up as the next big thing in NRL playmakers – but the potential has never been fully fulfilled.

What’s made it an even more bitter pill to swallow for Wests Tigers fans has been watching fellow members of what was once described as “the big four”, Mitchell Moses, Aaron Woods and James Tedesco, guide their teams to the playoffs and in the latter’s case, premiership glory.

Brooks injured his calf at training on Wednesday and is expected to be out for five or six weeks – so will we see him suit up for his beloved Tigers one last time?

“If you listen to Luke Brooks and the way he’s been talking over the past month, I think he may be looking to move. 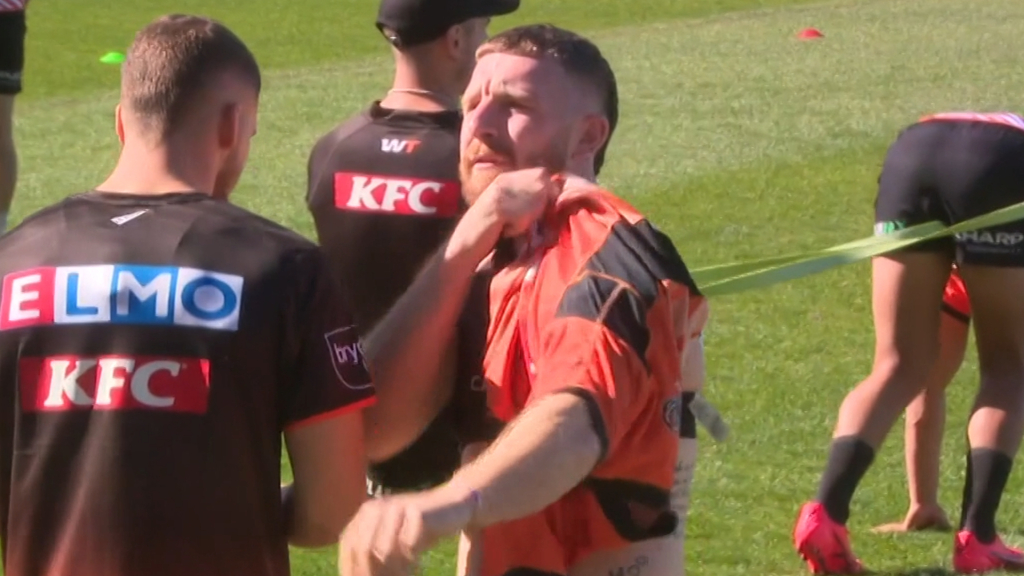 “I don’t know which club he’ll end up at, but just from the way he’s been talking, talking about how he’s going to make the right decision for himself? I think it may have been the last time we’ve seen Luke play for the Wests Tigers.”

Brooks was the last man standing as Moses, Tedesco and Woods all departed on big deals elsewhere, something that Brad Fittler believes has earned the No.7 a possible send-off game in round 25.

“He stuck there,” Fittler said.

“You’d think they’d give him a shot at one game – and I think anyone who’s any sort of football fan, he’s been through torture over the last five or six years, you’ve got to give him some credit. 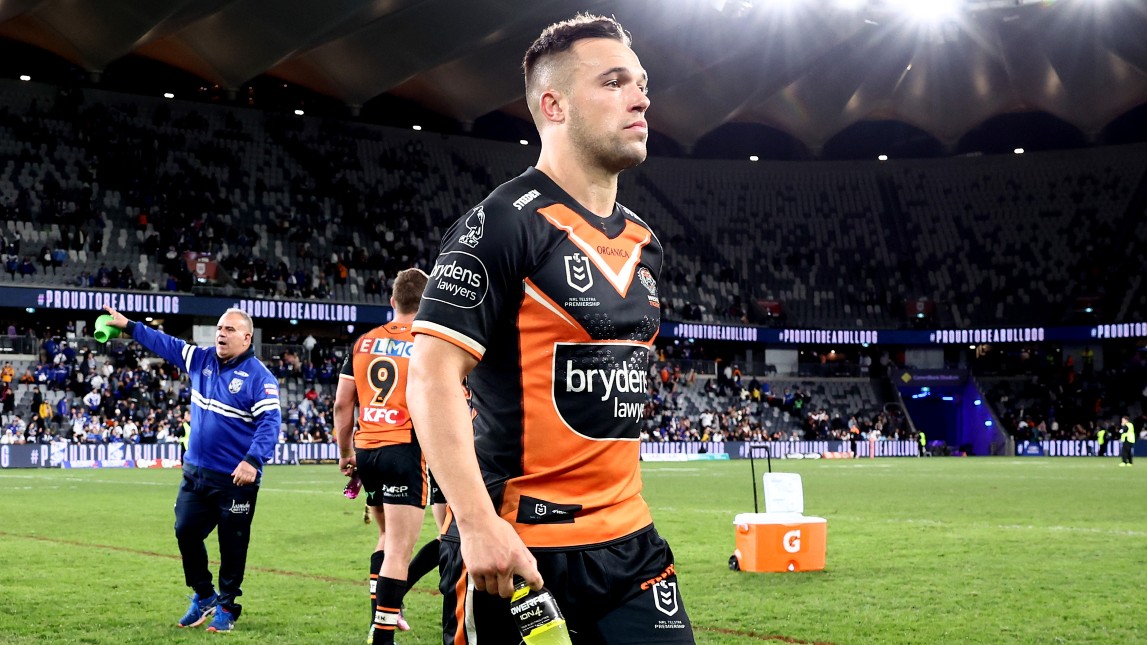 “He’s sort of put his hand up, and lots have faded away and gone out the back door but he kept going.”

But one thing that most seem to agree on is that a fresh start would be better for both Brooks and the Tigers.

“I think it would do everyone the world of good if he just got a fresh start somewhere, and I think the club where he did go would get a really good footballer,” Fittler said.

Without hesitation, the NSW coach named Newcastle as the right destination for Brooks, and given it was the moniker of ‘the next Andrew Johns’ that seemingly set Brooks up for failure from the start, the two linking up would be serendipitous.

“I think they need a half most definitely, and you hear Andrew Johns, he’s the greatest Newcastle player ever, he’s said multiple times over the last few weeks – they need a half.”

Golfer drops club in disgust as rare feat plays out