The Team Penske pilot opened his second season with a win on the streets of St Petersburg from pole position, vaulting to the top of the standings.

Since leading the points after the first hit-out of the year, the Kiwi has slid down the order after a rough three-race run. 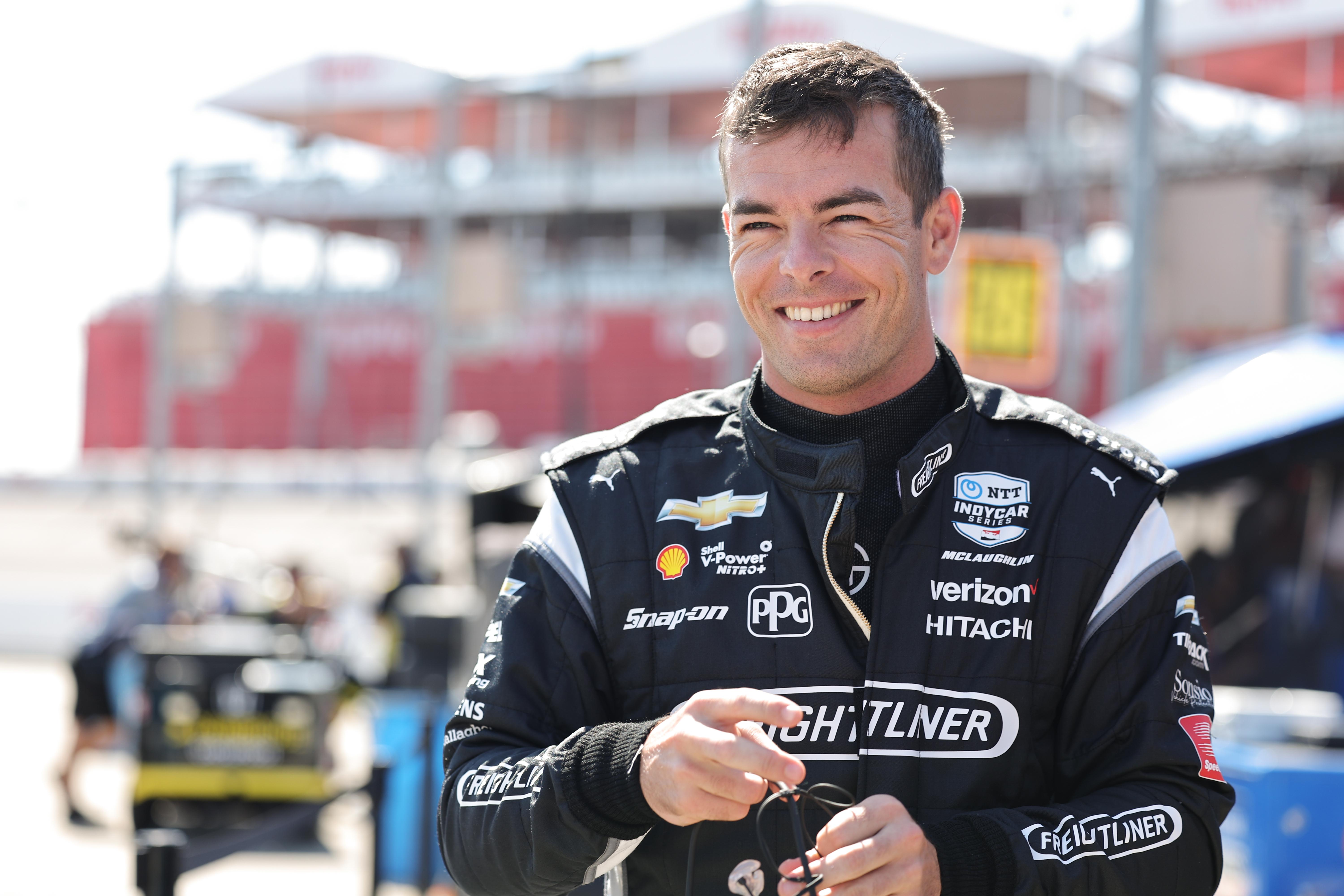 Although it’s been an at times up-and-down campaign, two wins and a further two podiums have him within 86 points of Chip Ganassi Racing’s series leader Marcus Ericsson.

Asked whether the title was still on offer, McLaughlin replied, “Yeah, if we get on a bit of a roll.

“All these tracks last year, this is where I sort of got on my roll a little bit and started really building up for 2022.

“I’m really excited to hit these tracks, go top five for the rest of the year, maybe squeeze in a couple of wins. I definitely think that’s attainable. There’s a huge amount of confidence.

“We can risk a little more if we need. We’re in a position, 86 points off, we have nothing to lose. One bad race, we’re sort of out of it. We have to go after it, see what we’ve got.

“I’d love to be in the top five, love to win the championship, but a top five would be a big tick in the box.” 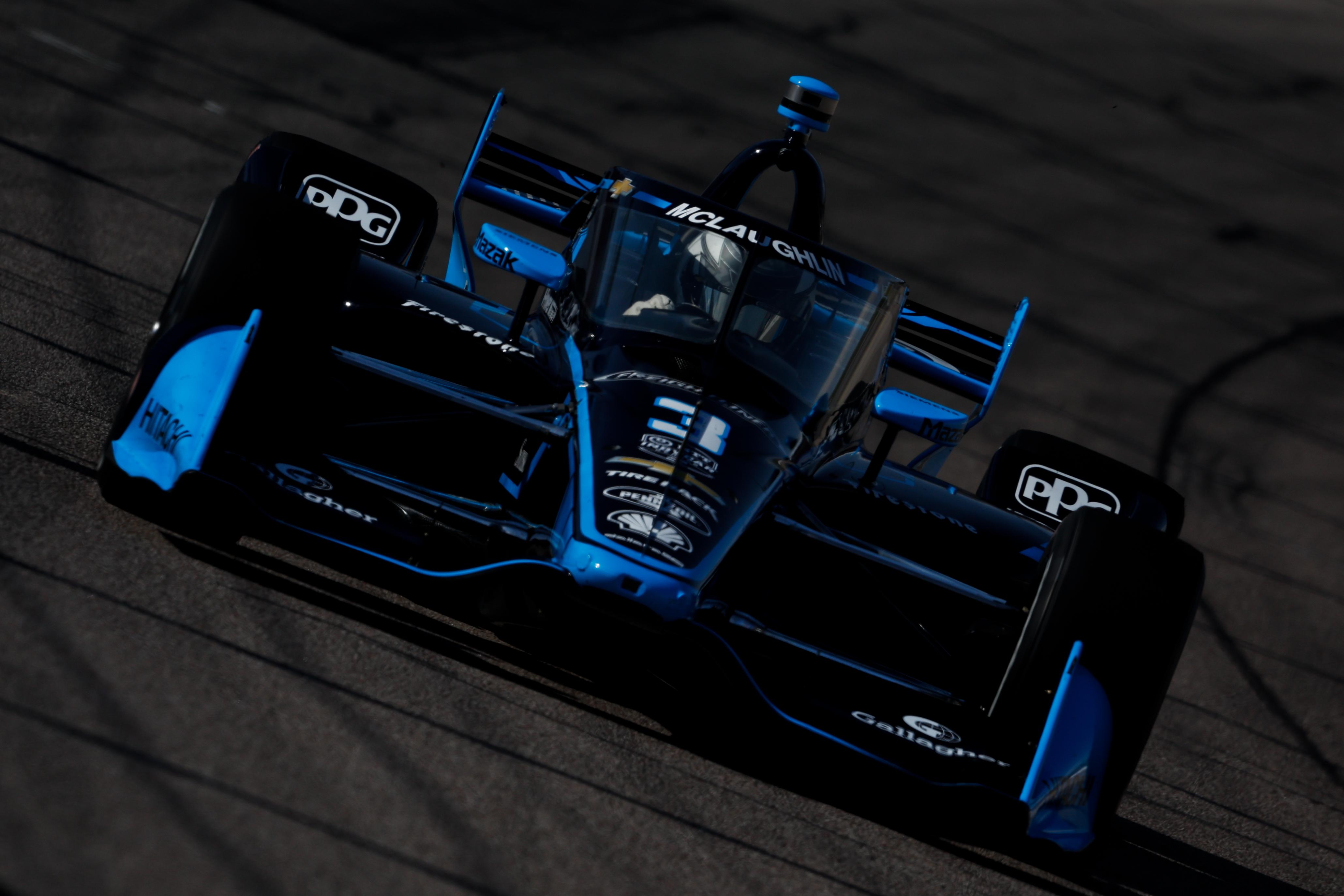 McLaughlin is one of just three drivers to have multiple victories this year.

His teammate Josef Newgarden who lies third in the standings has four wins while McLaren SP driver Pato O’Ward has two just behind him in fifth.

Consistency, however, has proven to be key for the top two of Ericsson and Australia’s Will Power – who each have one win.

With proven pace, McLaughlin said he “doesn’t need to be silly” in his quest for the title.

“Our ultimate goal, we’d like to be in the top five of the championship,” McLaughlin said.

“To win the championship would be an absolute bonus, absolutely. We’ll literally do the best thing we can, at the same time doing what we need to do for the team as well.

“We’re focused on just getting the most out of it. If we need to take a risk here or there, we’re in a position that we’re able to do that. So it’s a little bit less I guess consequence if something does happen for us.

“You’ve got to control that risk versus reward, but we definitely look at it now where maybe we can have a risk here or there.” 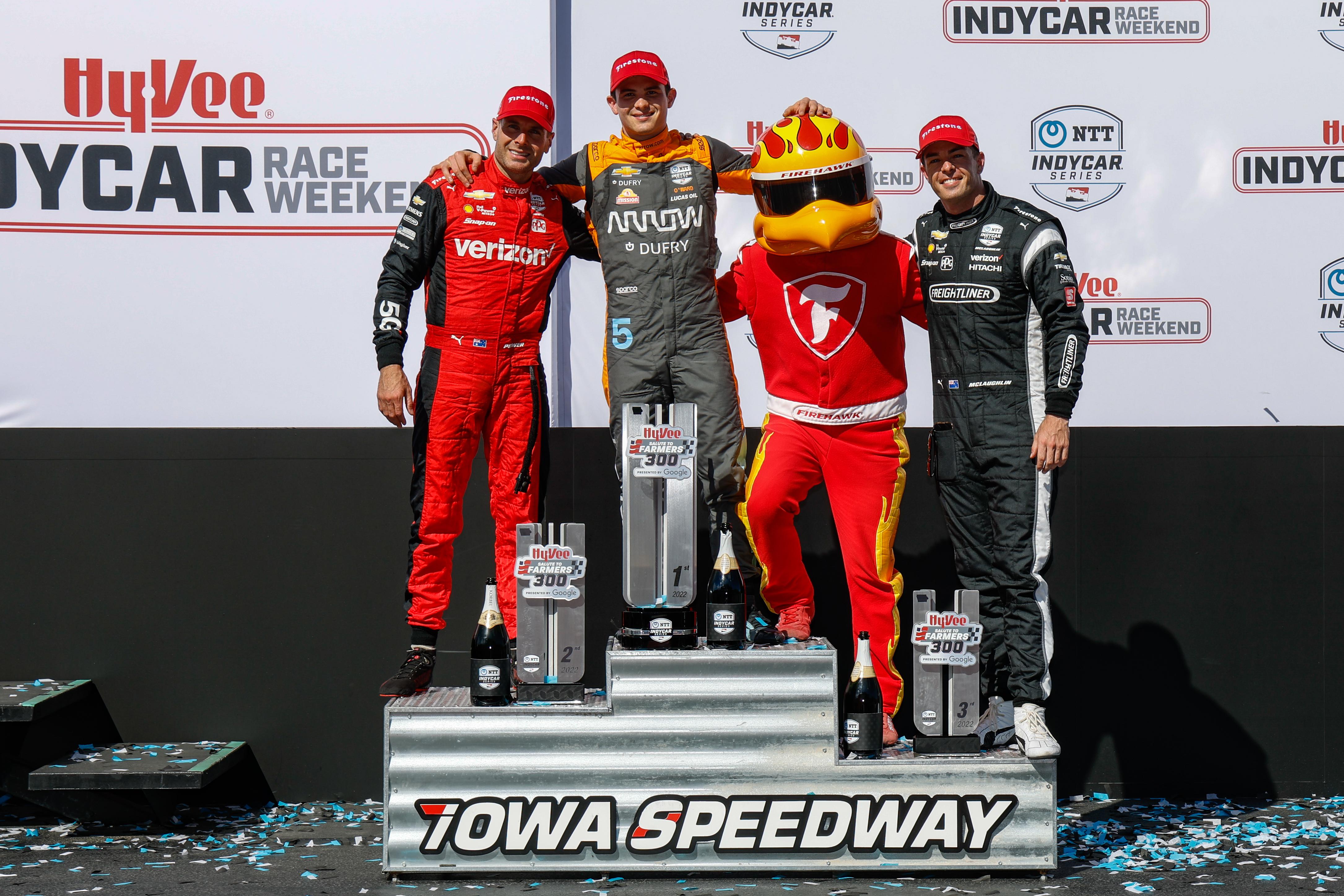 The points picture might have looked a lot better if not for a rogue loose wheel in the first of two races at Iowa Speedway.

McLaughlin had been running fourth at the time before plummeting down the order to 22nd in the end.

“I’ve been really happy with our progress this year,” he said.

“I surely would like to be a little bit closer. I think Saturday really hurt in terms of points-wise where we’re at in the championship.

“You’re past the point of relying on luck right now,” he added.

“We saw at that Mid-Ohio when I won, 10th to sixth, I was right there. Things can change pretty quickly.

“I fully believe if we got on a roll, potentially got top threes for the rest of the year, you never know where that puts you. That’s a lot of points. That’s just our goal.”

The Gallagher Grand Prix gets underway on Sunday at 2.20am AEST.