Maria Folau has fired a shot at the NRL and Peter V’landys over the “hypocrisy” surrounding her husband, Israel.

The broadside came amid the furore of Manly’s pride jersey, which a number of players have refused to wear, citing religious and cultural beliefs.

The Sea Eagles boycotters have been widely criticised for their stance and V’landys has revealed the NRL will implement an annual Pride Round as early as next season.

“Absolutely. We are very proud that we are a game for everybody,” V’landys told media in response to the suggestion of a round to celebrate the LGBTQ community.

“That’s why I’m in this game, because I had a difficulty being accepted as a migrant and rugby league accepted me. 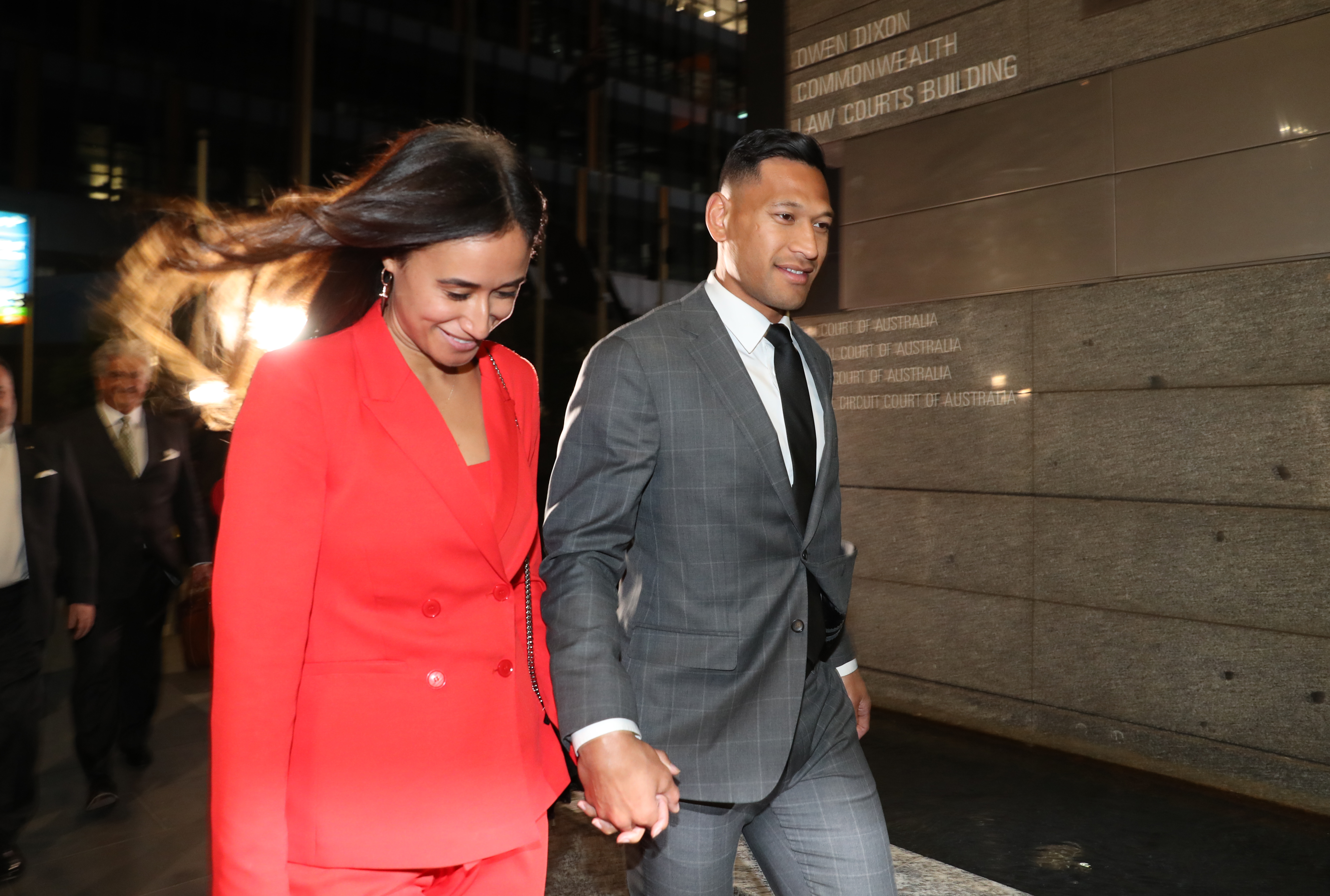 “It was inclusive back then and it is inclusive now. It’s important that every boy and girl and man and woman can go to the game and feel they can be treated the same as everyone else.”

Those comments angered Maria Folau, whose husband Israel was sacked by Rugby Australia in 2019 for posting a number of harmful statements about gay people on his social media accounts.

He has since attempted to return to the NRL, although no club has lodged a contract for his signing. The Dragons contemplated it last year before heavy backlash convinced them it was a bad idea. 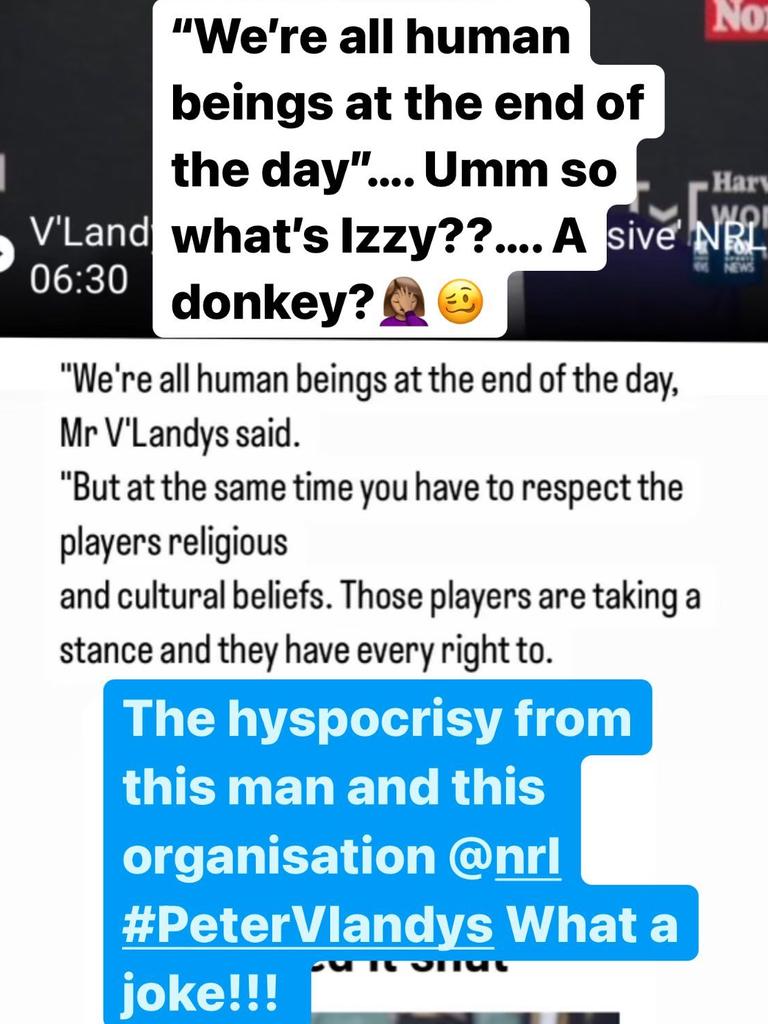 While the NRL or V’landys have never categorically said Folau will never be allowed to return to the game, it’s generally understood his signature wouldn’t be worth the social nightmare it would create.

“‘We’re all human beings at the end of the day’ … umm so what’s Izzy??… A donkey?” a furious Maria Folau posted to Instagram on Thursday.

“The hypocrisy from this man and this organisation … What a joke!!!”

The Sea Eagles will wear their pride jersey on Thursday night against the Roosters, despite the boycott of seven first-grade players.