What Pies must do for ‘discriminated against’ star

Ross Lyon has urged Collingwood coach Craig McRae to speak out against the umpires’ perceived mistreatment of Jack Ginnivan.

The controversial Collingwood youngster again became a subject of raging debate when Essendon’s Mason Redman caught him high and put him in a headlock on Sunday, only for umpire Matt Stevic to not pay a free kick. The AFL admitted a free kick should have been awarded.

Leigh Matthews unloaded on the AFL on 3AW, saying he felt “sick” that the fabric of the game was being destroyed and labelling Ginnivan “victimised”. 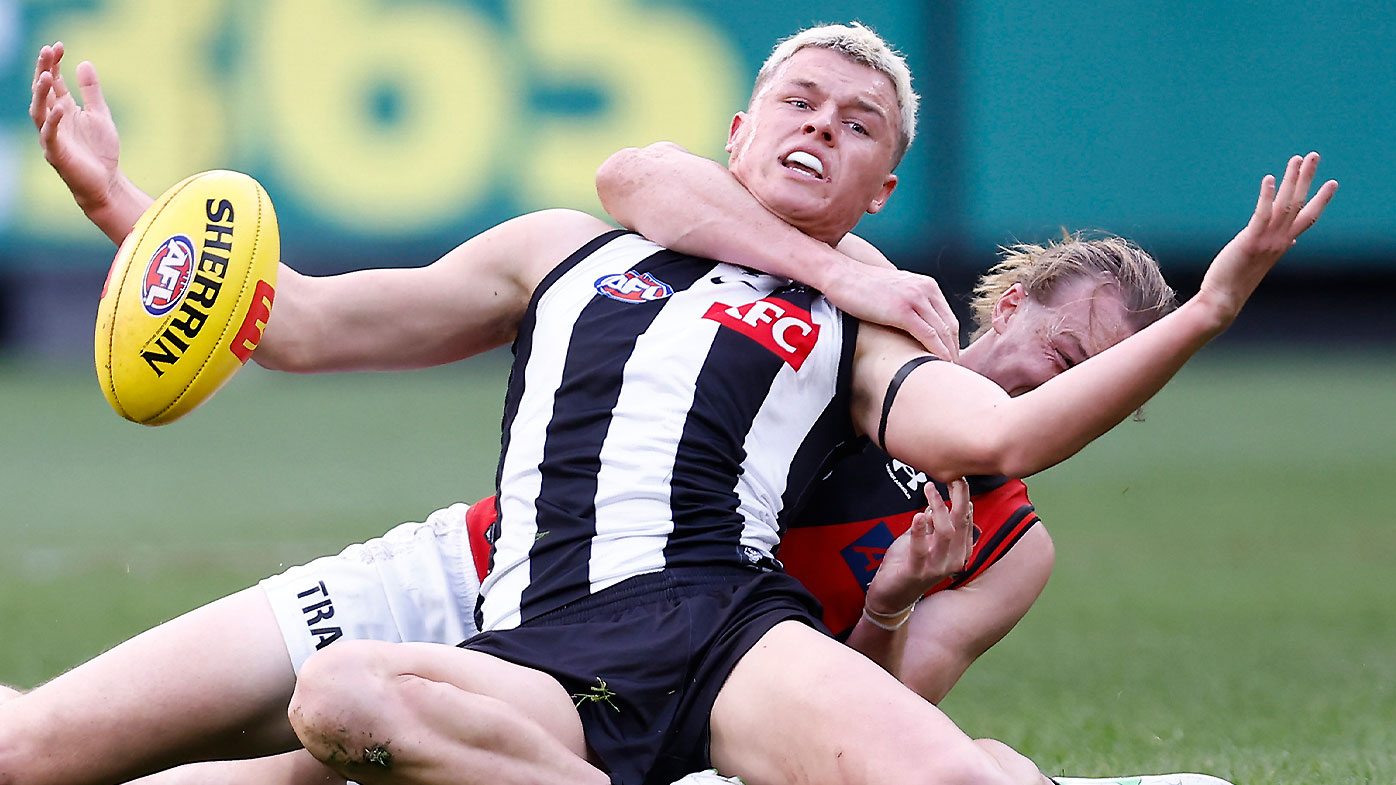 Lyon called for McRae to go public with his support of the 19-year-old Ginnivan after pointing out that as Fremantle coach he did that for Nat Fyfe.

“He’s being discriminated against,” Lyon said of Ginnivan on Nine’s Footy Classified.

“I think it’s now time for McRae to come out and go, ‘Enough. We need to look after him. If the umpires won’t, we (will)’.

“Me watching the Redman vision … Ginnivan should have got up and really got stuck (in). In our day, you’re up and you’re into that bloke.

“I’m seeing those clips where they’re coming in with an intent generally not to lay a legitimate tackle … I don’t like it, I don’t like what I’m seeing. Does he drop a little bit? A lot of those are swinging, reckless tackles. 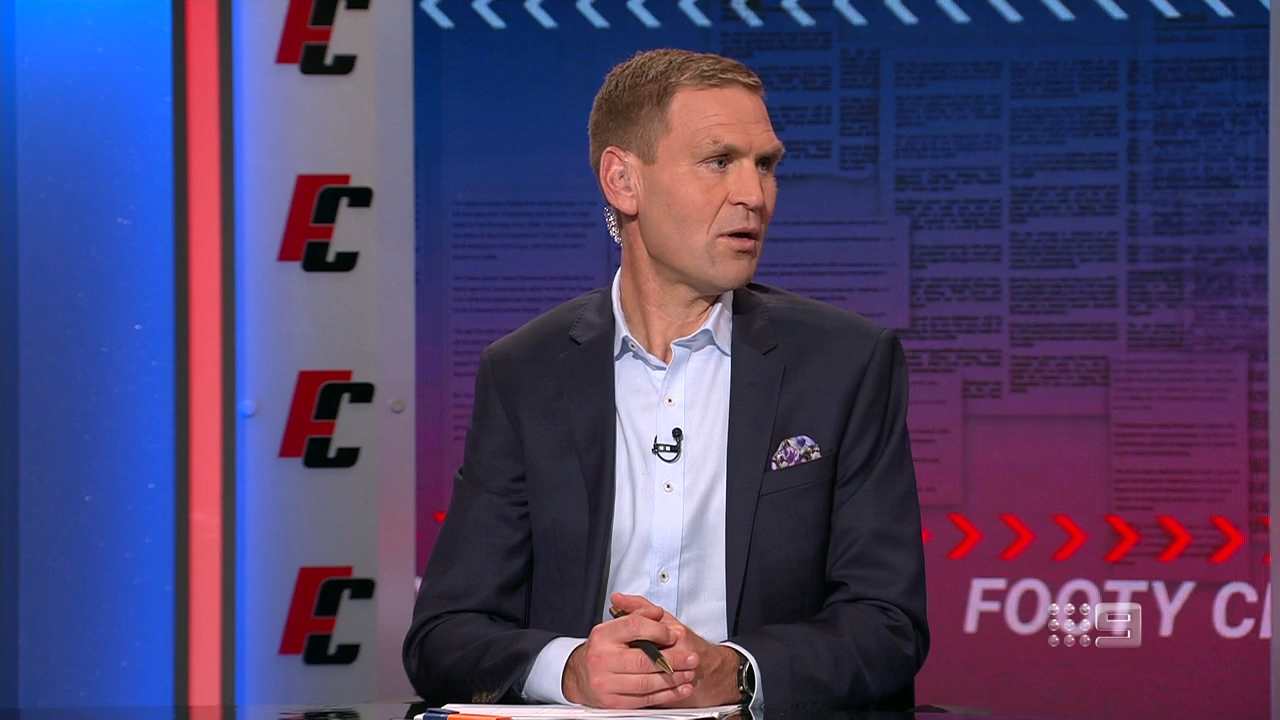 Lyon made his comments about a week after the AFL tweaked its high-contact interpretation, primarily in response to many thinking Ginnivan had a tendency to milk free kicks by lowering himself in tackles.

“Where the tackle is reasonably applied, and there is prior opportunity, and the ball-carrier is responsible for the high contact via a shrug, drop or arm lift — holding the ball should be called,” the AFL said in a statement.

Luke Beveridge has made a public stand against perceived umpire mistreatment of Aaron Naughton, as Justin Longmuir has done for Fyfe and Stuart Dew for Izak Rankine.

Ginnivan is expected to play his 22nd AFL game when Collingwood meets Port Adelaide at the MCG on Saturday.