Red Bull boss Christian Horner has claimed the FIA is hiding behind safety in an effort to help Mercedes recover ground lost through its ongoing porpoising battles.

Ahead of the French Grand Prix last weekend, the sport’s governing body announced it was tweaking floor rules for 2023 in an effort to combat porpoising. The tweaks included increasing the height by 25mm and more stringent flex tests.

The FIA claim they are making the rule changes on safety grounds, which under F1’s technical regulations means they can do so “without notice or delay”, and therefore without needing to gain the support of teams.

Horner said the rule changes were all to help “a certain team”, and that the FIA needed to “just follow normal process”.

“Again, I didn’t see any issues (in France),” he told motorsport.com.

“I think the last three or four races, you really didn’t see any issues. 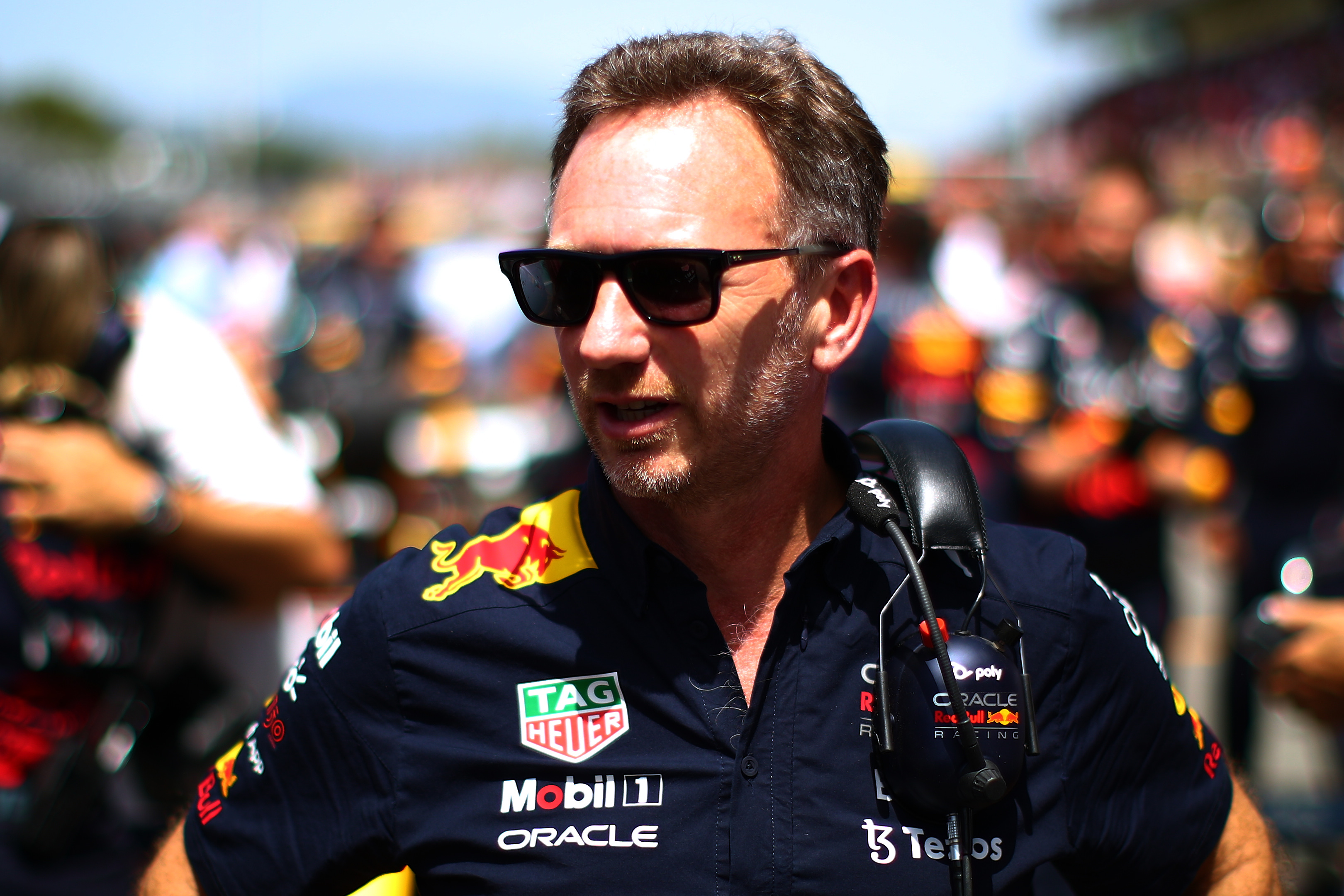 “So I think that there just needs to be a common sense solution, not rewriting the rulebook for next year at a point of the year – with budget caps where they are – which is just too late.

“I think it’s actually an even bigger issue for some of the smaller teams, that quite simply would not have the resource to be able to react.

“I think whatever measure is taken, it just needs to be sensible.”

Mercedes and Ferrari among others have both suffered with porpoising throughout the season.

F1 cars achieve their peak downforce levels when running as close to the ground as possible, which is where porpoising becomes an issue. By raising ride height, the teams will cure the issue but lose significant performance.

The issue reached its peak in June’s Azerbaijan Grand Prix, where many teams – most noticeably Mercedes – suffered chronic porpoising down the 2km-long front straight. Red Bull is one of the few teams that has been mostly immune to the phenomena.

However, the last four races – France, Austria, Great Britain and Canada – have been held at circuits with long straights, and porpoising has not been an issue at any of them.

This, Horner argues, proves the issue is not safety-related.

“It’s down to a team how it chooses to operate its car. You can remove the porpoising very easily, but that’s at the sacrifice of performance.

“Therefore, it’s not the duty of the FIA to ensure a team is competitive. Otherwise, we’d have had engine BOP (balance of performance) over the last 10 years.”

The French Grand Prix was won by Max Verstappen after Charles Leclerc crashed out.