A broken wrist would usually be enough to sideline the best athletes, but not Marco Andretti.

A gritty drive to ninth by the third-generation racer in the Superstars Racing Experience season finale would be enough to secure him the title.

Andretti suffered the broken wrist with nine laps to go at Sharon Speedway after rear-ending Dave Blaney in a multi-car pile-up. 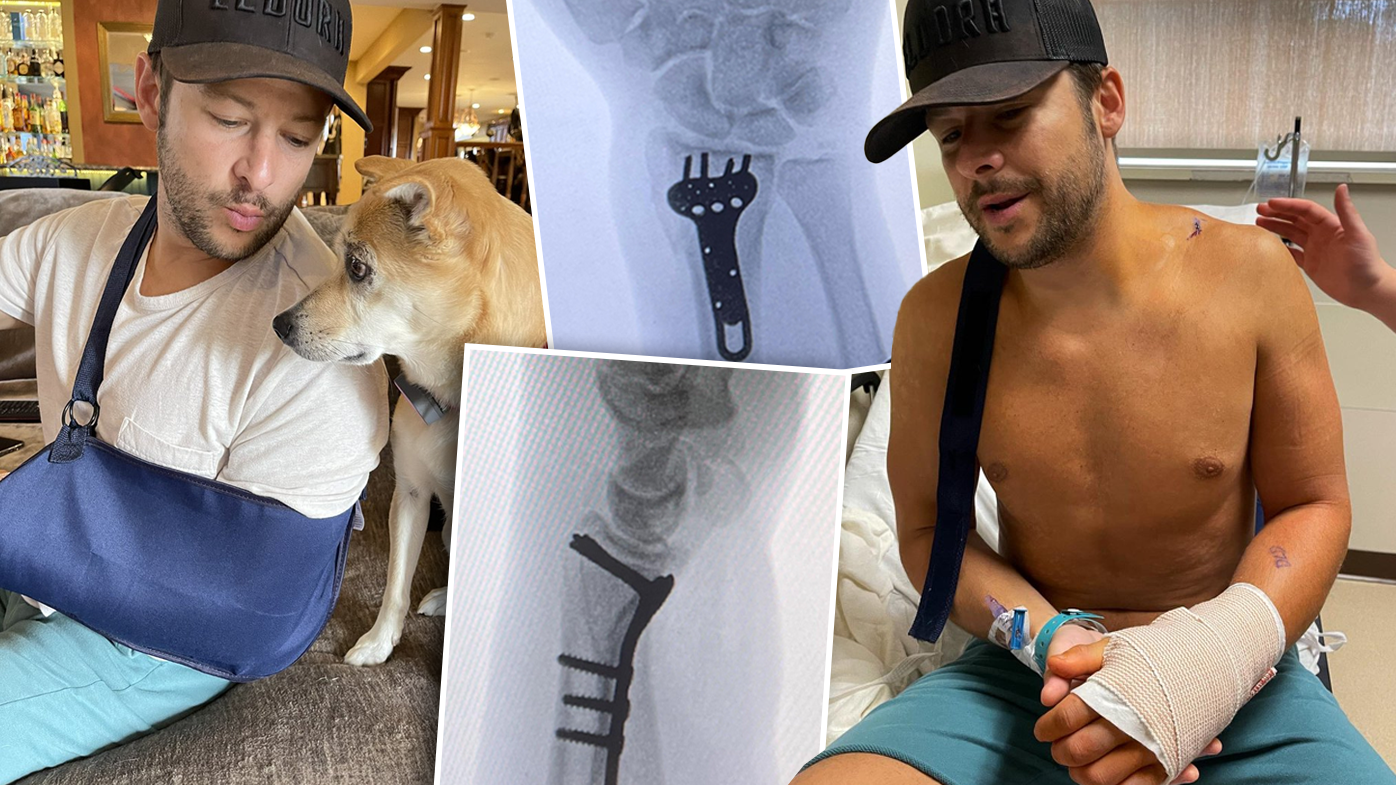 That forced the No.98 to the pit lane for repairs. Fortunately for Andretti, the rules allow drivers to pit without losing laps to the leaders.

The 35-year-old would restart the race in 13th and last before hauling his way through to the title-deciding spot.

Ironically, his title win came without claiming victory in any of the six races this season.

On three occasions, Andretti finished second. His performance in the season finale securing him the championship by just two points over Ryan Newman.

NASCAR star Chase Elliott won the final race of the season in what was his sole appearance.

“I broke my wrist in that last little thing, I got my thumb caught in the wheel,” said Andretti.

“That was a painful last couple of laps but I just wanted to cover and finish right where I needed to finish and we were able to do that. This thing was pretty robust tonight.” 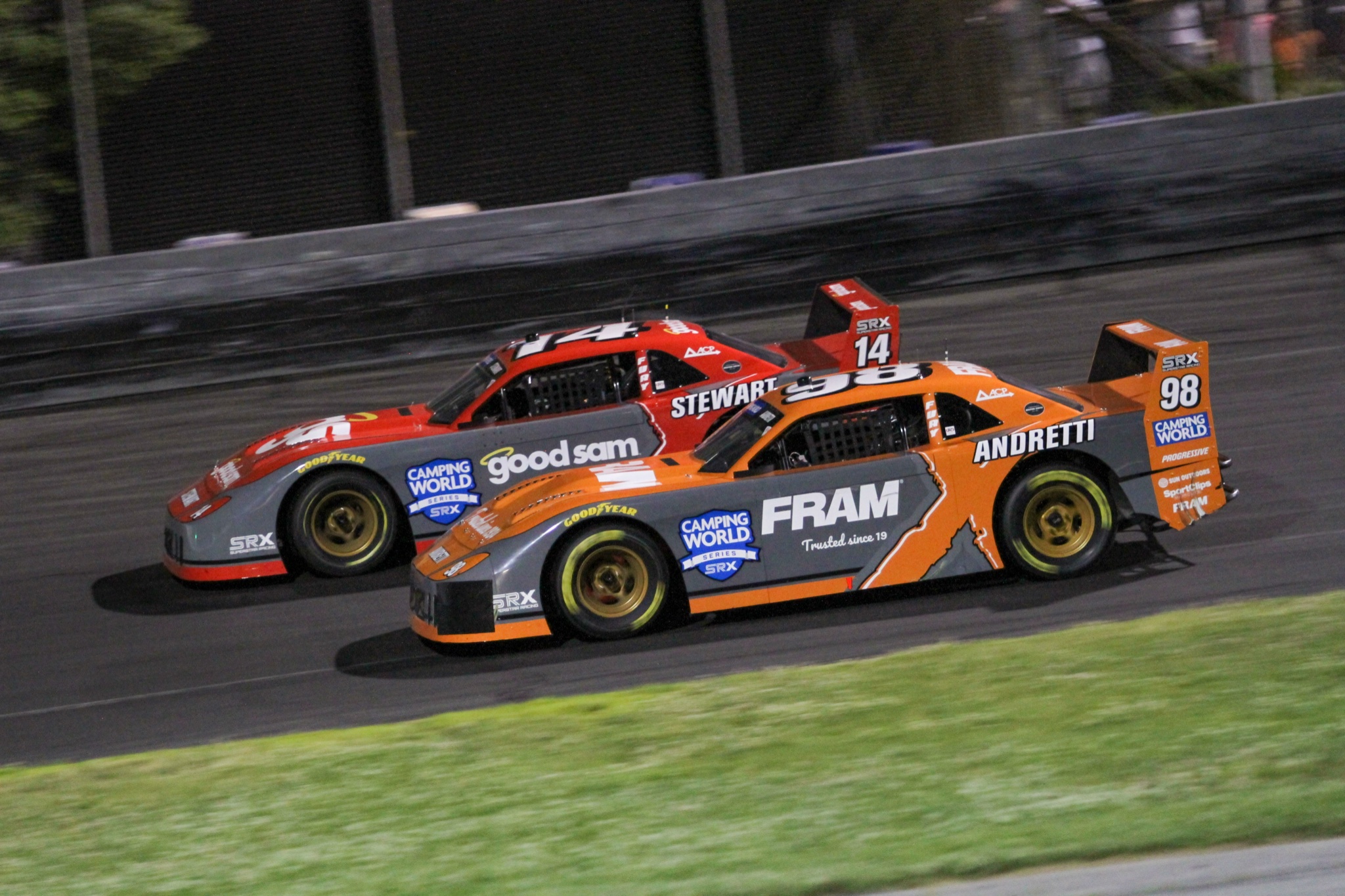 Andretti took to social media after the win to show his “sub ideal” battle scars (pictured above) before undergoing surgery on Wednesday.

Andretti is the son of IndyCar champion Michael Andretti and grandson of Formula 1 champion Mario Andretti.

The third-gen driver famously finished second on his Indianapolis 500 debut.