The US Open preparations of Australia’s Nick Kyrgios have received a setback, with the Wimbledon runner-up forced to pull out of an ATP tournament with a knee injury.

The 27-year-old had been due to face German Peter Gojowczyk in the opening round in Atlanta on Wednesday (AEST), but withdrew just minutes before the match.

“I just want to say I’m extremely shattered that I’m not able to compete tonight,” Kyrgios told the crowd.

“I’ve won this tournament once and I’m playing some of the best tennis of my career, all I wanted to do was come out here and give you guys a show, to see what I was capable of.

“I’m unable to give out my best performance, I’m extremely sorry.”

The Australian’s withdrawal will see him tumble down the world rankings, from his current position of 47 to somewhere outside the top 60, depending on other results.

Had rankings points been awarded at Wimbledon, where he lost to Novak Djokovic in the final, Kyrgios would be inside the top-20, and guaranteed a seeding for next month’s US Open. 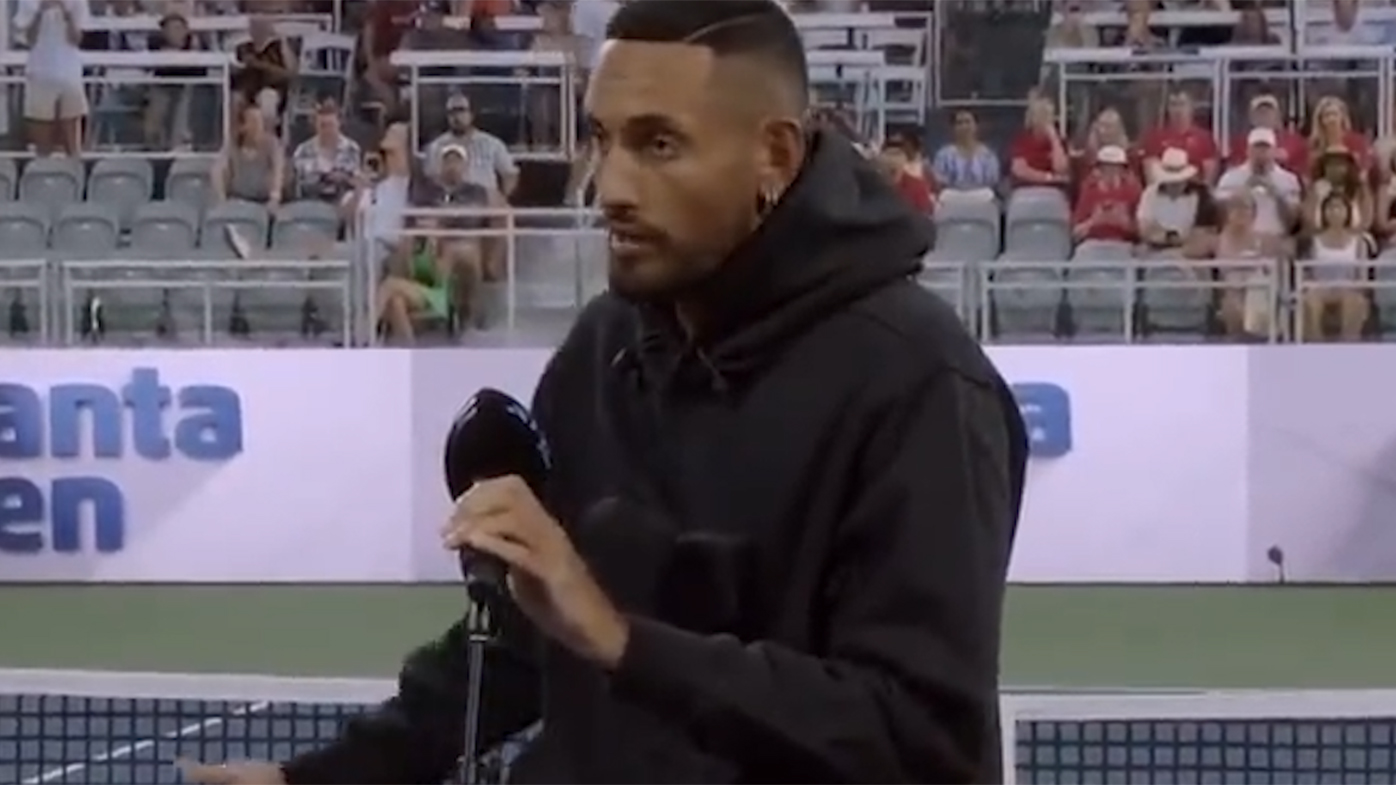 The Australian teamed up with good friend Thanasi Kokkinakis in the doubles on Tuesday, where the pair had a straight sets win, and Kyrgios isn’t ruling out playing their quarter final on Thursday.

“I’m going to keep my hopes up and maybe be able to continue doubles with Thanasi,” he said.

“I hope you’ll all not be too hard on me. I was going to come out here and see you guys face to face to tell you that I love you guys and hopefully next year in singles I’ll be able to compete and give it my all.