With Anthony Joshua vs Oleksandr Usyk on the horizon, recently retired Tyson Fury has his eye on climbing another mountain, quite literally.

Reports claim the two-time heavyweight champion, who quit his professional boxing career just months ago, is in talks to take on Hafthor Bjornsson, who played ‘The Mountain’ in Game of Thrones and is a former world’s strongest man.

The WBC heavyweight champion called time on his career after knocking out fellow Brit Dillian Whyte at Wembley Stadium in April. He appeared with UFC heavyweight champion Francis Ngannou in the ring after the fight, spruiking a potential mixed combat exhibition fight for the start of 2023.

According to reports in the UK, Fury is now in negotiations to take on Bjornsson in an exhibition likely to take place in November at a football stadium in London, in what looms as the first of a series of non-competitive fights for ‘The Gypsy King’. 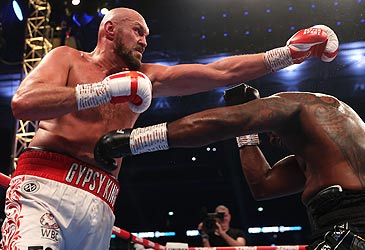 “It would be a bit of fun,” Fury told UK’s The Telegraph.

“It would be great to get in there in front of, say, 70,000 fans and show him what boxing is all about, make him miss, and knock him out.

“We are talking to his team at the moment and it is definitely something I’m interested in.” 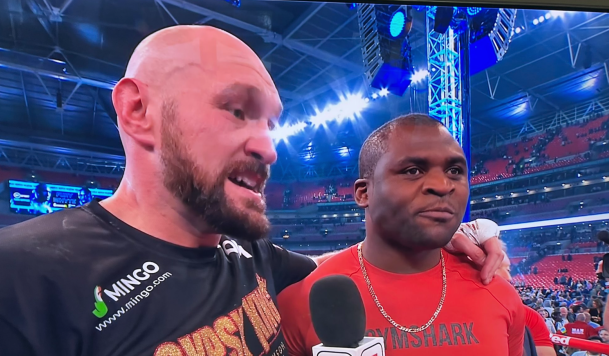 Speaking to IFL TV, Bjornsson confirmed talks are taking place while admitting his chances against the heavyweight champion are limited.

“Would I get beat? Probably, but I would not give a f—” Bjornsson said.

“I would do my best and who f—ing knows? I’m f—ing strong and my punches hurt so if it happens he can’t take it easy because I’m a warrior, I’m a Viking, and I’m going all in if it happens.

“Nothing is impossible if you have the mindset at least.”

Even though Fury has shut down talk of returning to professional boxing, speculation is rife that he’ll eventually fight the winner of Joshua and Usyk, who clash in the ring on August 21 (AEST). 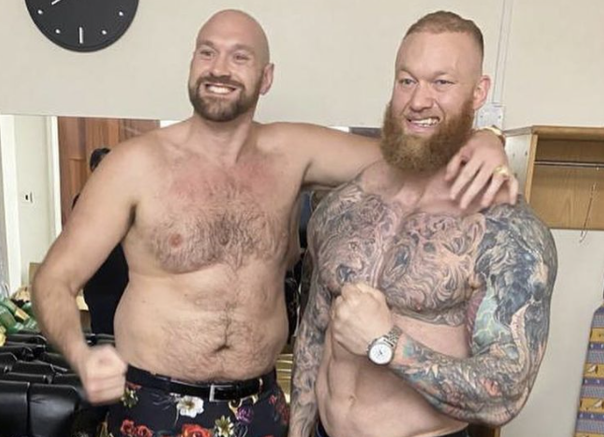 Fury and Joshua have been touted for a huge unification clash at Wembley, and it was in the works until Joshua was stunned by Usyk in September 2021.

Ever since Fury beat Whyte, he’s been adamant about his retirement plans which involve putting on big events the public would want to see.

“I’m not overly concerned with Anthony Joshua and Usyk in Saudi Arabia next month, whoever wins, because I’ve achieved everything I wanted to as a professional boxer, undefeated and having won all the belts,” Fury said.

“There are so many other things I can go on and do.”