Former referees boss Michael Stone has described the farcical events after Sunday’s Cowboys-Tigers game as the biggest “smother job” by league officials in over 30 years.

Stone, a grand final and State of Origin referee, couldn’t remember a bigger fiasco since a little-known loophole in the rules cost St George a game in the early 1990s.

“I can’t believe what I saw on Sunday and how the NRL then tried to cover its tracks,” Stone said of the controversial finish in Townsville.

“It’s a smother job, plain and simple – they are making up the rules as they go.

“It reminds me of a Dragons-Sharks game in around 1990 when (Dragons coach) Brian Smith asked officials if the ball was rolling near the deadball line and his fullback had a foot out of play and touched it, would it be a 20-metre tap. As the rules stood then – they were changed very quickly after the game – he was right, but when it happened on the field, the ref ordered a line dropout instead of a 20m tap – and of course the Sharks scored and the Dragons lost. 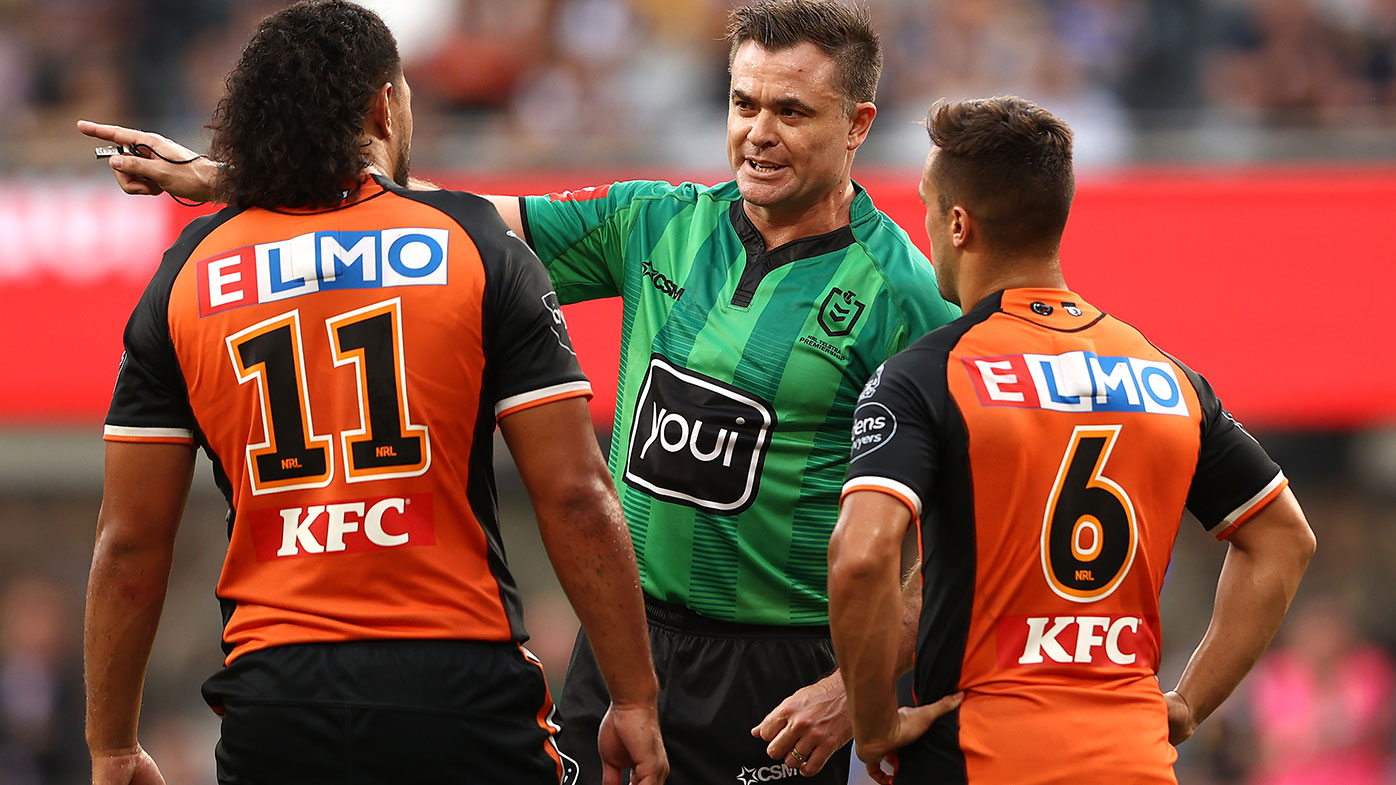 “Smith got his captain to lodge an official complaint on the field and all hell broke loose. The league went into damage control, made up a bunch of excuses and we are seeing the same here.

“Poor (Bunker referee) Ashley Klein had no idea and took the soft option of giving the Cowboys the penalty for a blatant dive… no common sense.

“For the NRL to say the game wasn’t over and the Cowboys could launch a captain’s challenge is pure fantasy. And they do admit they got the challenge wrong, it should not have been a penalty – it’s a complete farce – sadly we have learnt little in over 30 years.

“I really couldn’t believe what I was watching. I felt for the Tigers – they were dudded.” 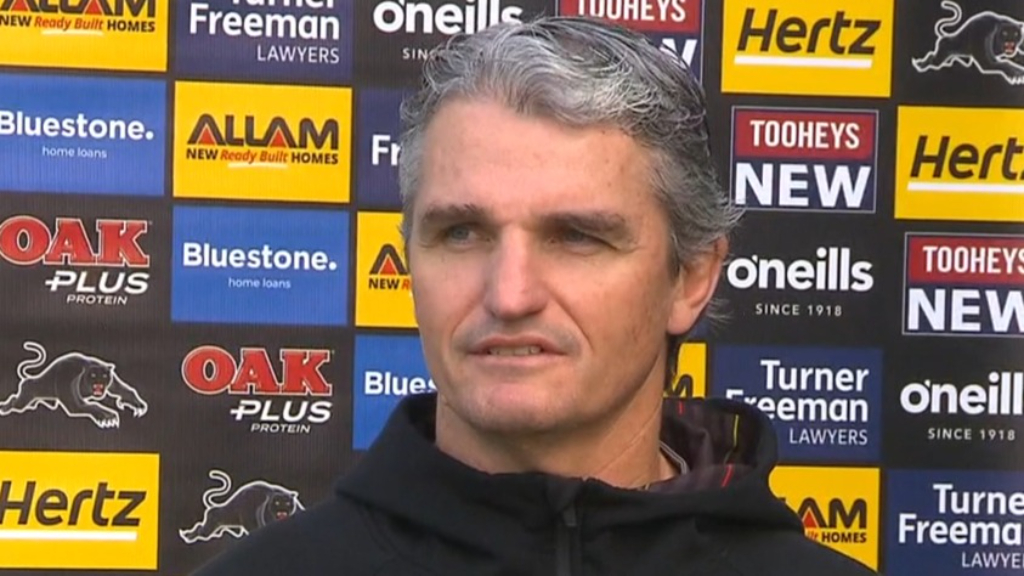 Newcastle fans are disenchanted with their players for their awful results this season – and events after last Friday night’s thrashing from the Roosters only added to their angst.

The Knights players were seen having a pub bonding session that went long into the night, laughing and joking despite their limp display only hours earlier.

Several locals who witnessed the partying contacted me and couldn’t hide their disappointment at the players’ apparent lack of pride or caring about their performance.

In past years Mitchell Pearce was blamed for the drinking culture at the club – looks like he wasn’t the problem after all! 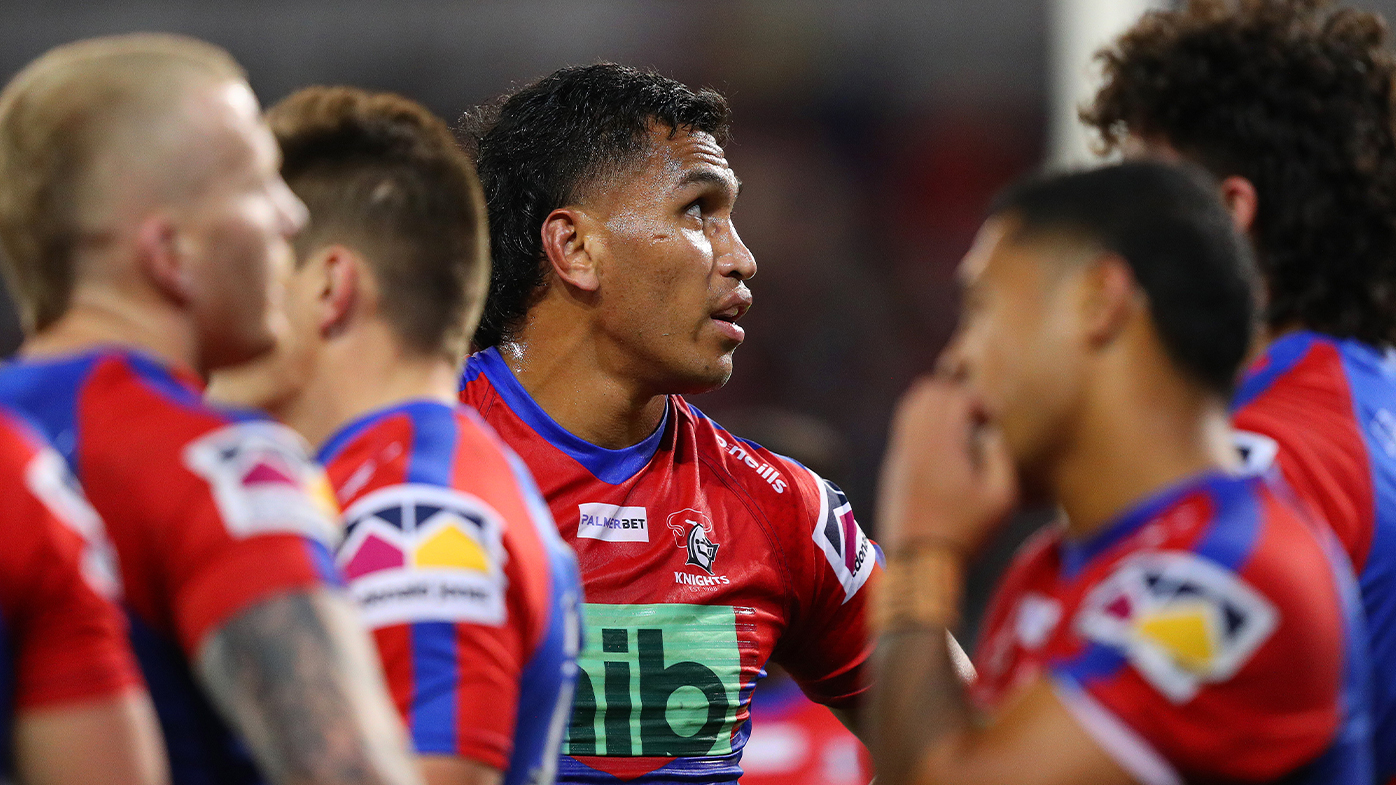 YOUNG GUN ON THE OUTER AT MANLY

I’m hearing all is not well between Manly and talented utility Josh Schuster.

Schuster has been hailed as the next big thing at Brookvale for several years but you only had to look at his body language – and seven errors – against the Dragons last weekend to see something isn’t right.

Schuster was promised the No.6 jersey a couple of years ago… but lost out to Kieran Foran, who Schuster was told would be moved to hooker.

Last weekend, even with regular hooker Lachlan Croker out, Foran kept the five-eighth spot and Schuster remained on the bench.

The big guy has talent but hasn’t lived up to the hype and the Sea Eagles believe he is carrying too much weight, adding to the tension.

Don’t be surprised if he is wearing another team’s colours in 2023. 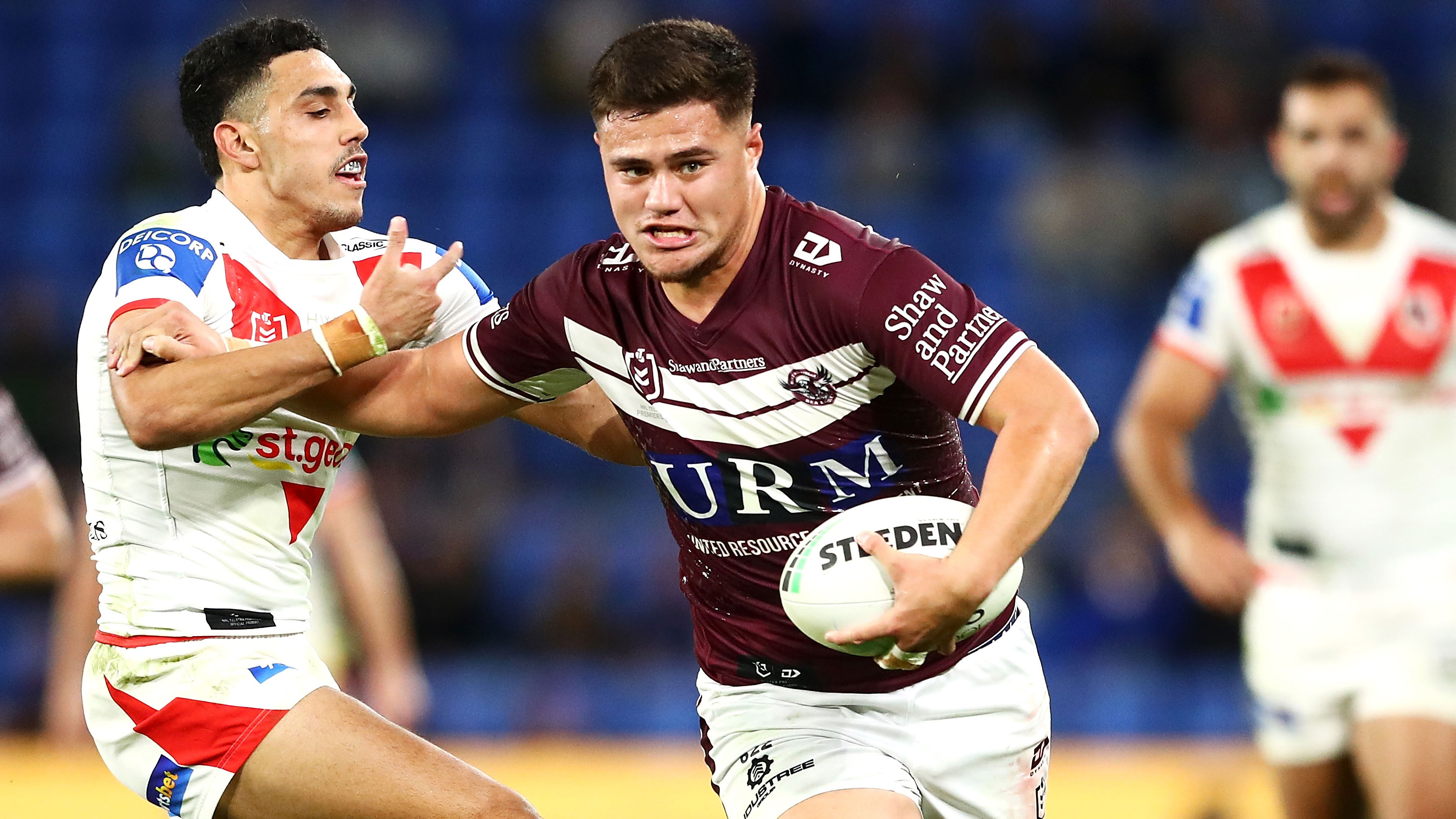 Don’t mess with my son!

That was the clear message from Broncos star Tesi Niu’s mum as she fired off a broadside at online trolls on Facebook last weekend.

Despite the Broncos’ impressive win over the Eels, Niu was targeted by hecklers on a Brisbane Facebook page – and mother Lesieli Niu let fly.

And while her spelling wasn’t the best, her passion should serve as a warning to trolls who see players as easy targets.

“Even we won still negative comments about my son come on haters grow up and be a man,” she posted.

“If you don’t wanna support the players go (and) support other teams. Heads up and keep smiling son Tesi you are the best let the haters talk cause (sic) they can’t even do what you do on the field.”