Despite having one of the most experienced lists in the AFL, the Eagles currently sit 17th on the ladder with a 2-16 record and a paltry percentage of 57.9 per cent.

Port Adelaide great Kane Cornes said the Eagles’ struggles this year had stemmed from a number of players being allowed to remain out of shape and “overweight”.

“It tells me Adam Simpson has been far too lapse on his players. He’s let standards slip for a long period of time, we spoke about this with Elliot Yeo earlier, it was an elephant in the room, and Adam Simpson dirtied up on it,” he told Nine’s Footy Classified. 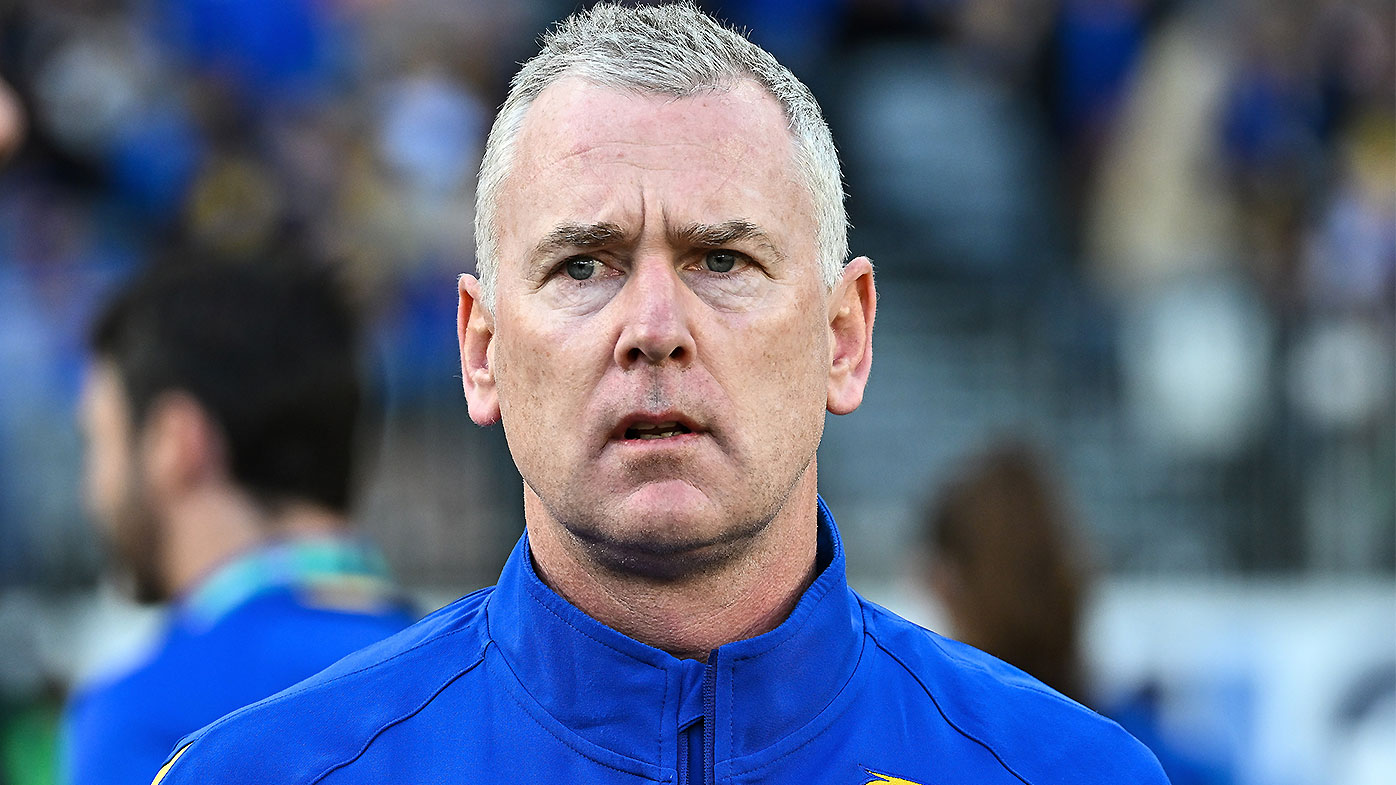 “He’s got to ask himself: Is he driving his players as hard as he possibly can? Andrew Gaff hardly touched it (against the Saints), he had 17 disposals for a full game of footy.

“Their players went missing on the weekend, they’re not fit enough, too many players are overweight, and that’s on the coach, as well as the support structure around him. But ultimately the coach drives the standards, and if Simpson asked himself honestly, I reckon he’s been very relaxed on his players for a number of years.”

A prime example of a player who’d not been playing up to standards was star midfielder Tim Kelly, who was held to a career-low four disposals by Saints rookie Marcus Windhager despite spending 84 per cent of the game on the field.

Kelly joined the Eagles amid much fanfare at the end of 2019, with West Coast sending Geelong three draft picks to land the WA native, but he has failed to recapture the form that saw him finish top five in the Brownlow Medal count in his final season with the Cats. 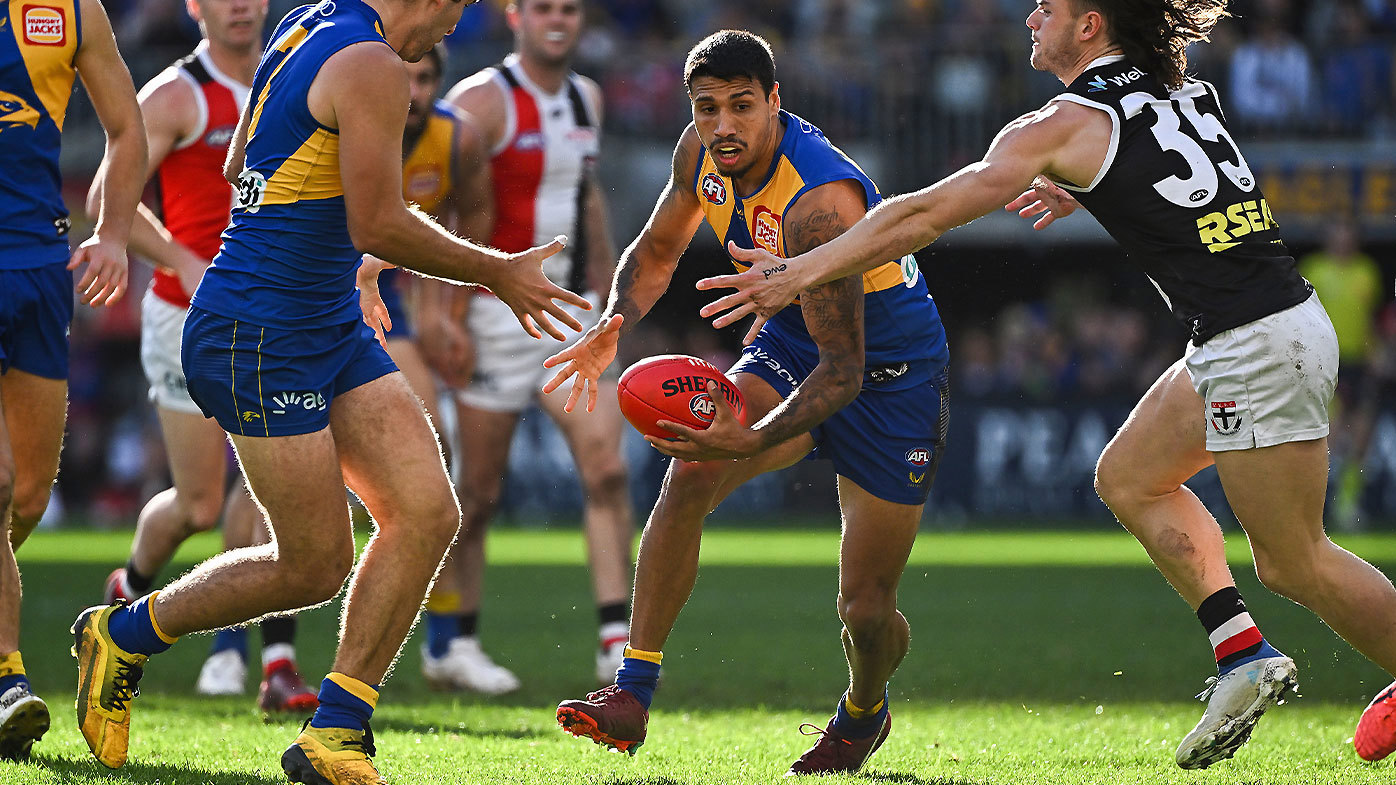 Essendon great Matthew Lloyd said it was “absolutely staggering” to see a 19-year-old be able to hold a seasoned veteran like Kelly to such a low mark.

“I’d love to know what’s going on over there in Perth with the pressure they’re under,” he told Footy Classified.

“I coached Marcus Windhager last year at Haileybury. To hear that he kept Tim Kelly to four disposals just staggers me.

“Imagine going to Petracca and Oliver, they’d get their 25, 30, 40 on a kid. That just shows how far he has fallen. And it’s a player who’d never ever played in that role before.”

The struggling Eagles will look to arrest their slide when they travel to the Gold Coast to take on the Suns on Sunday afternoon.