Jimmie Johnson left commentators aghast and his spotter laughing after executing a risky, three-wide pass on his way to 11th at Iowa Speedway.

The No.48 pilot previously avoided contesting the ovals events out of caution but has grown in confidence to the point that he was the star of the 250-lapper in Iowa. 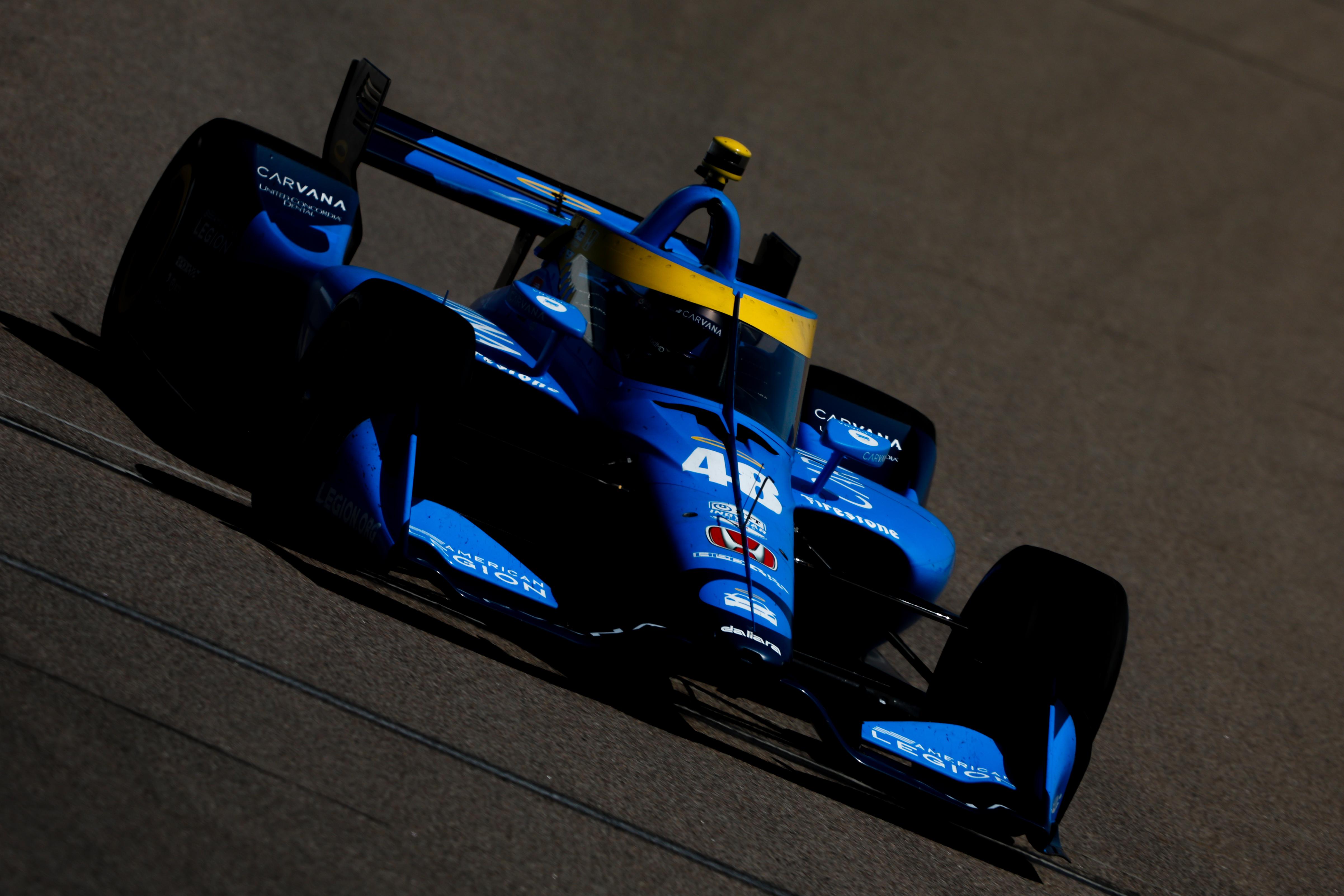 As he charged through the field on fresh tyres, Johnson boldly went to the outside of Jack Harvey and Devlin DeFrancesco to the third lane of the track.

The lower lanes are typically considered the safer option, with the higher lanes usually covered in rubber and dirt.

Nevertheless, the Chip Ganassi Racing driver made it work.

“He’s going to have to be careful with moves like that,” yelled IndyCar racer turned commentator Townsend Bell.

“Jimmie Johnson, up in the grey! James [Hinchcliffe], your hands are up on your head right now.”

Hinchcliffe replied, “I am so nervous. This is making me so uncomfortable guys.

“When you have a car running in lane two like that, you don’t try to go to lane three.

“Eventually the marbles get up there. He’s the only car driving up there. He was making lane three happen. I’m sweating.”

Speaking after the Hy-VeeDeals.com 250 won by Team Penske’s Josef Newgarden, Johnson said he had confidence the high line would work after trying it out earlier in the race.

“I had a really good look at the line, could see where it was clean, where the marbles started,” Johnson explained.

“I tried it a few laps, just had my right side [tyres] up in that cleaner part of the track. Three or four tenths a lap faster immediately. I kept working that.

“Word travelled fast and that line was kind of run off after a period of time. For a while it was working really well.” 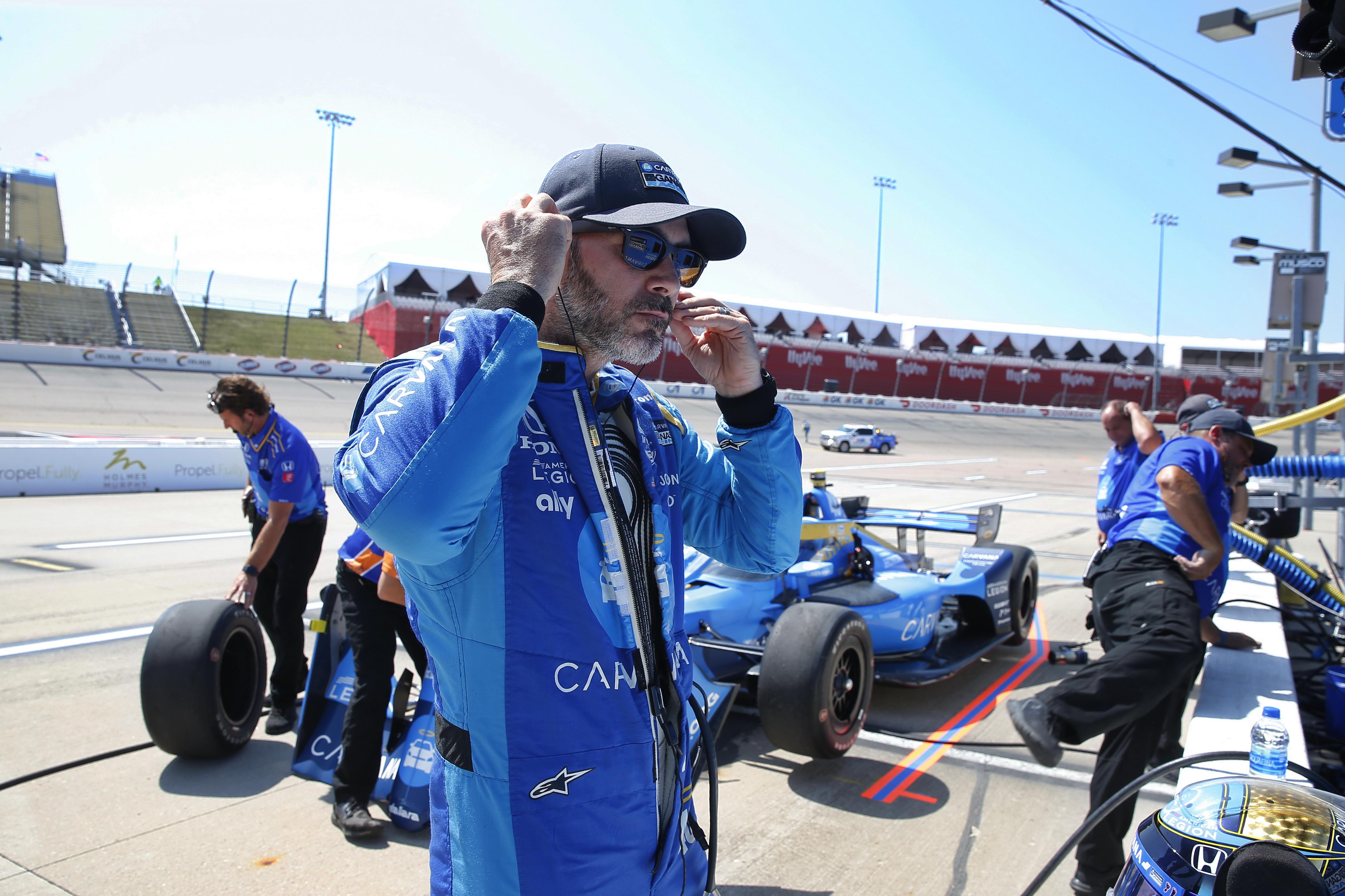 It wasn’t all smooth sailing, however. Earlier in the race, Johnson spun on lap 17 after a textbook NASCAR move turned him around.

“If you think of tracks like Atlanta or Richmond in the Cup cars, probably Kevin Harvick was one of the first ones to expose if you drive on the painted line, it will help turn the car and create some grip – I just tried it and it didn’t work,” Johnson said.

“I was running lower and lower in [turns] three and four. It was working well. I thought, Let me just put the left sides on the painted lines. I was backward instantly. It was just a mistake on my behalf.”

The second leg of the IndyCar Series double-header at Iowa Speedway gets underway on Monday at 5am (AEST).