Port Adelaide great Kane Cornes says Jamarra Ugle-Hagan could become one of the AFL’s most dominant players if he builds on his breakout game with a strong pre-season.

After a tough start to his career, the Bulldogs youngster exploded in his team’s comeback win on Saturday, kicking a career-best five goals in what was a match-winning performance.

Cornes compared the 20-year-old to Geelong superstar Jeremy Cameron, and suggested he could potentially take the AFL by the “scruff of the neck” next year.

“You remember performances like this, complete breakout games. He’s been building into this,” he told Nine’s AFL Sunday Footy Show.

“There is a bit of Jeremy Cameron about him because he is a beautiful ball-user and his finishing ability shouldn’t be underrated because there’s not many forwards in the game that are kicking it as accurately as he is. 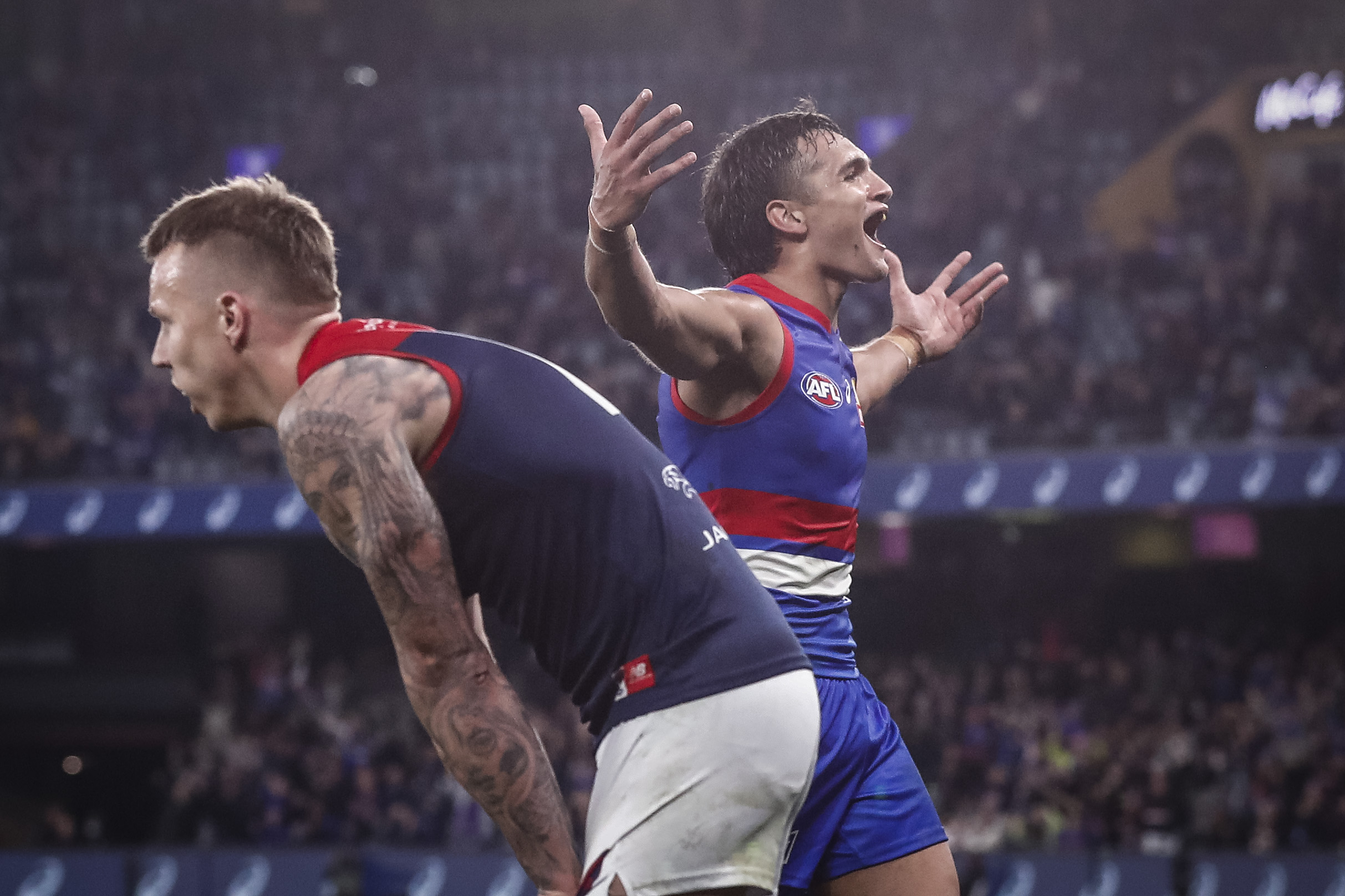 “I think he has worked on his toughness and he is a lot more competitive.”

Cornes said he would advise Ugle-Hagan to get even fitter in the off-season ahead of his third season at the AFL level next year.

“What you would say to him now is, ‘I want you to have the biggest pre-season you’ve ever had’,” he said.

“You may want to have two weeks off at the end of the year, but come back (and) hire a personal trainer, get as fit as what Jeremy Cameron did this off-season and you will see the results.

“He’s a young forward who could completely take this competition by the scruff of the neck.”