The Aussies now sit fourth on the medal tally at the halfway point of the competition with medals from Elijah Winnington, both 4x100m freestyle teams, Kaylee McKeown and Lani Pallister. 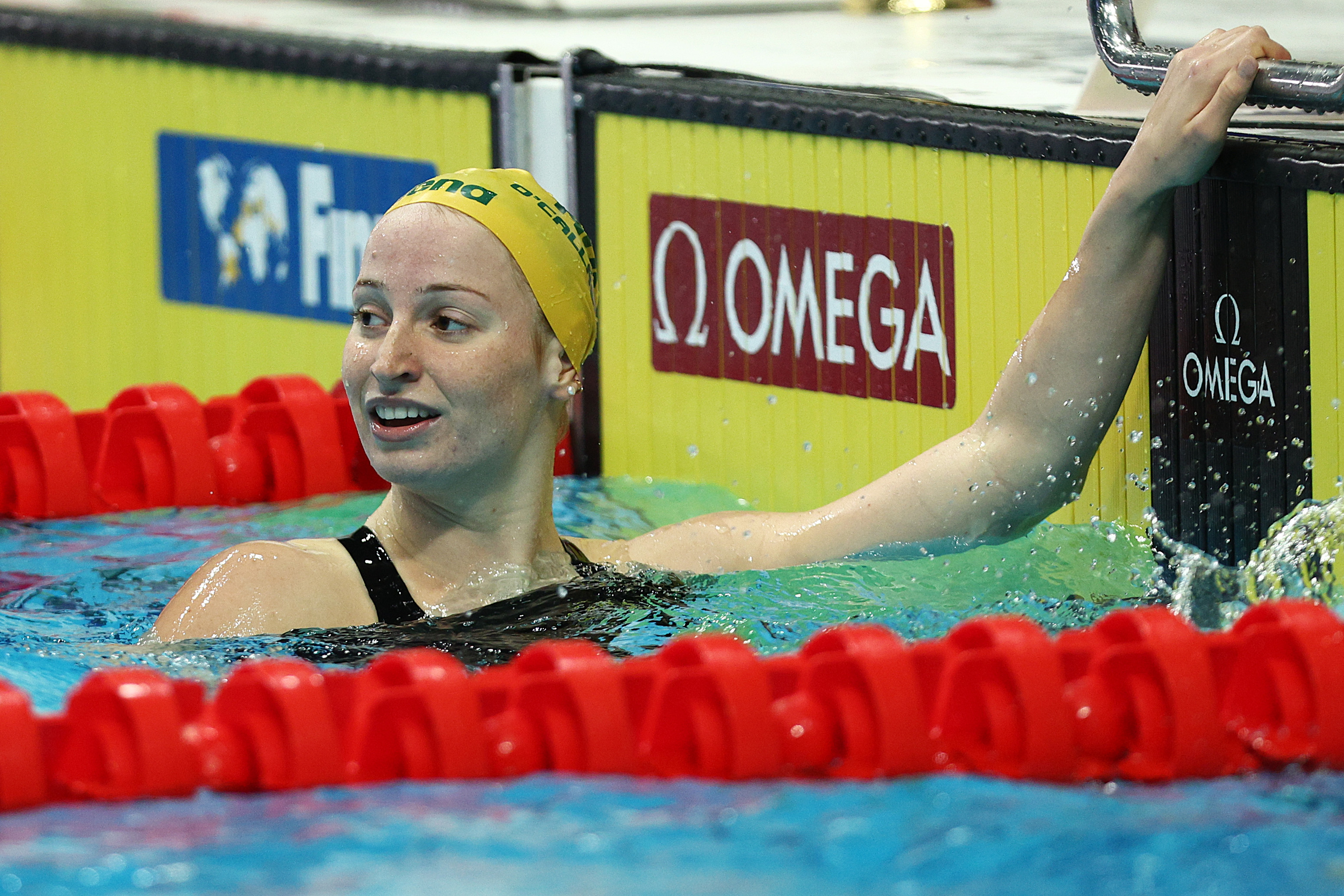 In third position at the 150m turn, the 18-year-old produced the second fastest final 50m split to push China’s Junxuan Yang all the way to the end.

Competing in her first individual final at an international meet, O’Callaghan said she had no preconceived expectations.

“This race was just the start for me in my first World Championships, so I wasn’t expecting too much coming into the meet,” she said.

“I was nervous all day and definitely shocked to look up and see that result when I touched the wall. To medal in this race is quite cool and that really did it for me.”

Compatriot Madi Wilson finished fifth, 1.6 seconds behind O’Callaghan. The pair will lay a strong foundation for Australia’s 4x200m relay team as they prepare to contest the heats tonight.

Australia claimed another silver medal in the final race of the session with Kaylee McKeown, Zac Stubblety-Cook, Matt Temple and Shayna Jack going one placing better than the Aussies’ bronze medal efforts at last year’s Olympics.

As one of only three females in the water for the opening backstroke leg, golden girl McKeown turned in sixth place after the first 100 metres to give the team a great start.

A 58.92 breaststroke leg from Stubblety-Cook improved Australia to fourth at the halfway mark, before a 50.84 from Temple in the butterfly clawed back almost seven seconds for the Dolphins as they turned in third at the 300m mark.

In her return to international competition, Jack’s second relay anchor leg of the championships was just as gutsy as her first, finishing her freestyle leg in 52.92 to improve a further place and secure runner up behind a dominant United States team.

“We all went into this focusing on our own race as individuals but also how we bring that together as a unit as well,” she said afterwards.

“We put it together and came home with a silver which I think we are all really, really proud of. Everyone loves being a part of relays, it’s a rare opportunity in an individual sport to enjoy that moment together.”

“The strength comes from the people who aren’t here, the rest of the team behind us that put us in this position,” Stubblety-Cook said.

“Sharing it with a team like this is very special and it also makes it very exciting for the rest of this week with a few of us still having our main events ahead of us.”