The Blues lost game one by only a converted try, but then swung the axe and made five changes to the line-up ahead of Origin II in Perth this Sunday.

Reagan Campbell-Gillard, Tariq Sims, Kotoni Staggs and Ryan Matterson have all been axed, while Jack Wighton was a forced out due to COVID-19. 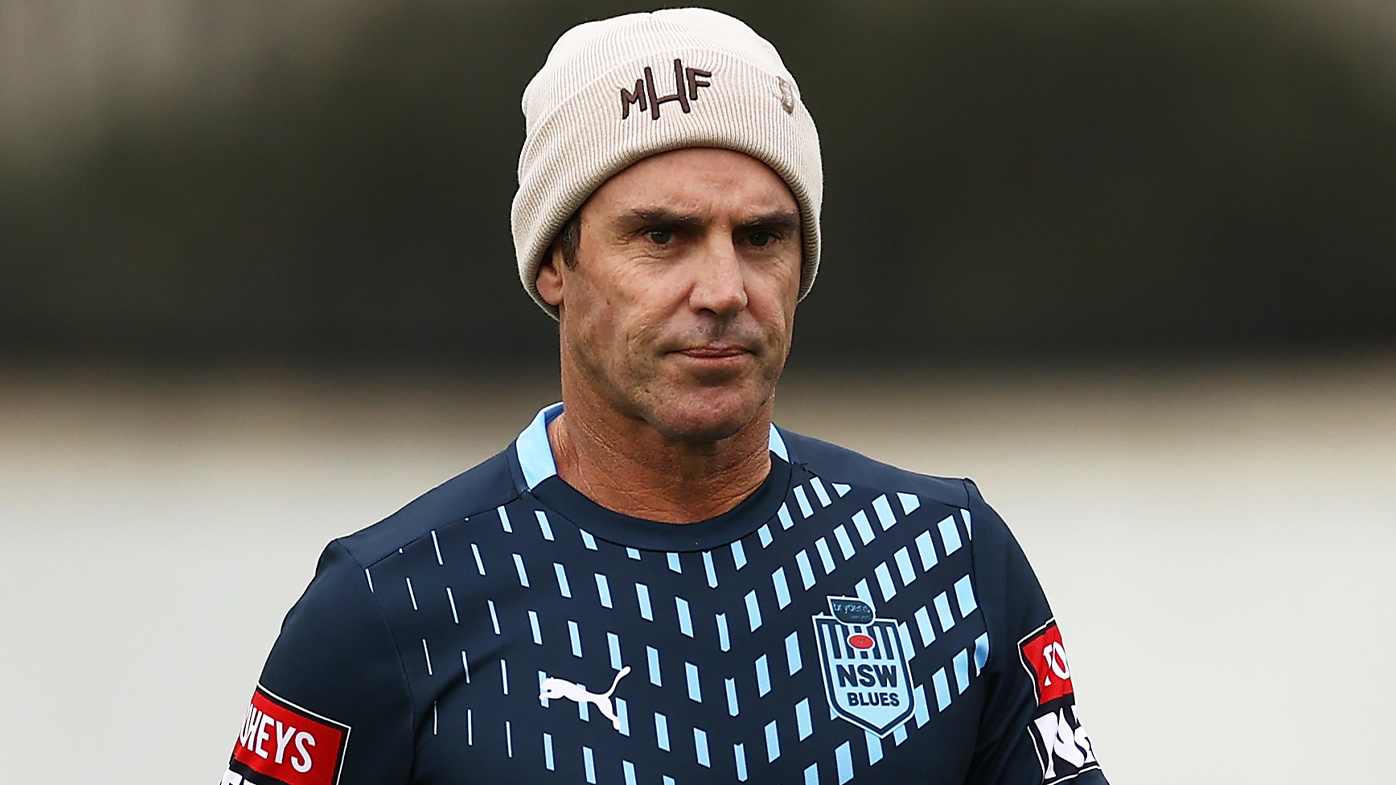 “They’ve taken a machine gun to the joint,” Vautin told Wide World of Sports’ 4BC radio.

“Wow. Kotoni Staggs had a great start to the year, some really good games for the Broncos, he was going to be the next thing and he’s lasted one game. Goneski.

Fittler defended his sweeping changes when speaking to Nine’s 100% Footy on Monday night.

“Maybe they’ve taught us a lesson and we’re going to combat that,” the Blues coach said.

“We’ll have some smaller men around there and see if we can generate some speed.”

Fittler has brought in Matt Burton and Siosifa Talakai to make their Origin debuts, while recalling Api Koroisau, Jake Trbojevic, and Angus Crichton to the team.

There’s one selection that Vautin is impressed by – Trbojevic returning to line up at prop. 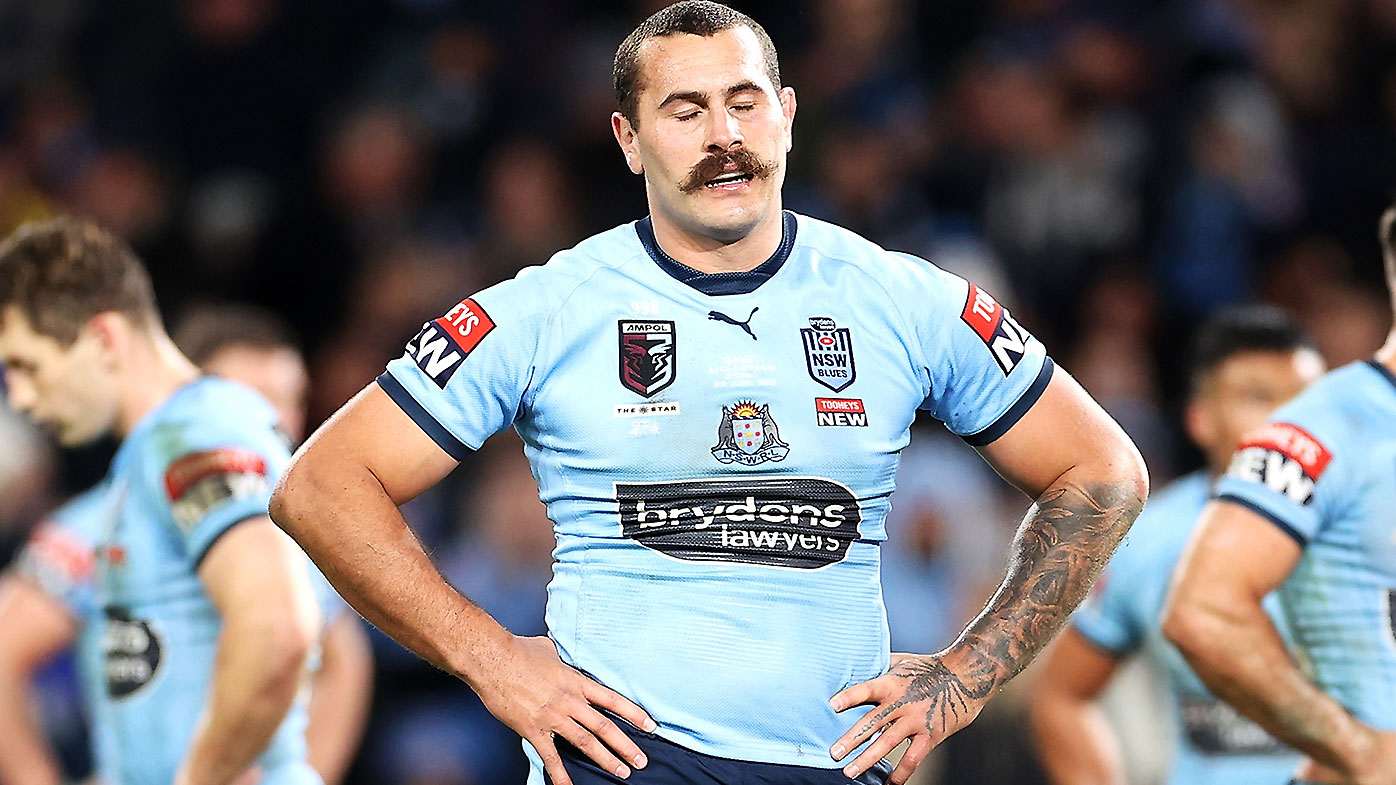 The NSW statesman was a surprise omission from the squad for game one.

“Queensland are not going to be as good up the middle with Jake there, I’m telling you,” Vautin said.

“They’ve made seven changes (to the squad), but it’s still a pretty good team.”

Here is everything you need to know about Origin II.

Tickets for game two and the entire series can be purchased via the NRL’s authorised ticketing partner, TICKETEK.

Game two and the entire series will be live and exclusive on Nine.

Coverage for game two will start at 7pm (AEST) and wrap up with a post-game show until 11pm. You can also stream the match free on 9Now.

You can also follow the action with Wide World of Sports’ match centre as well as the live blog, featuring expert opinions and live reactions from Nine’s rugby league commentator commentators. 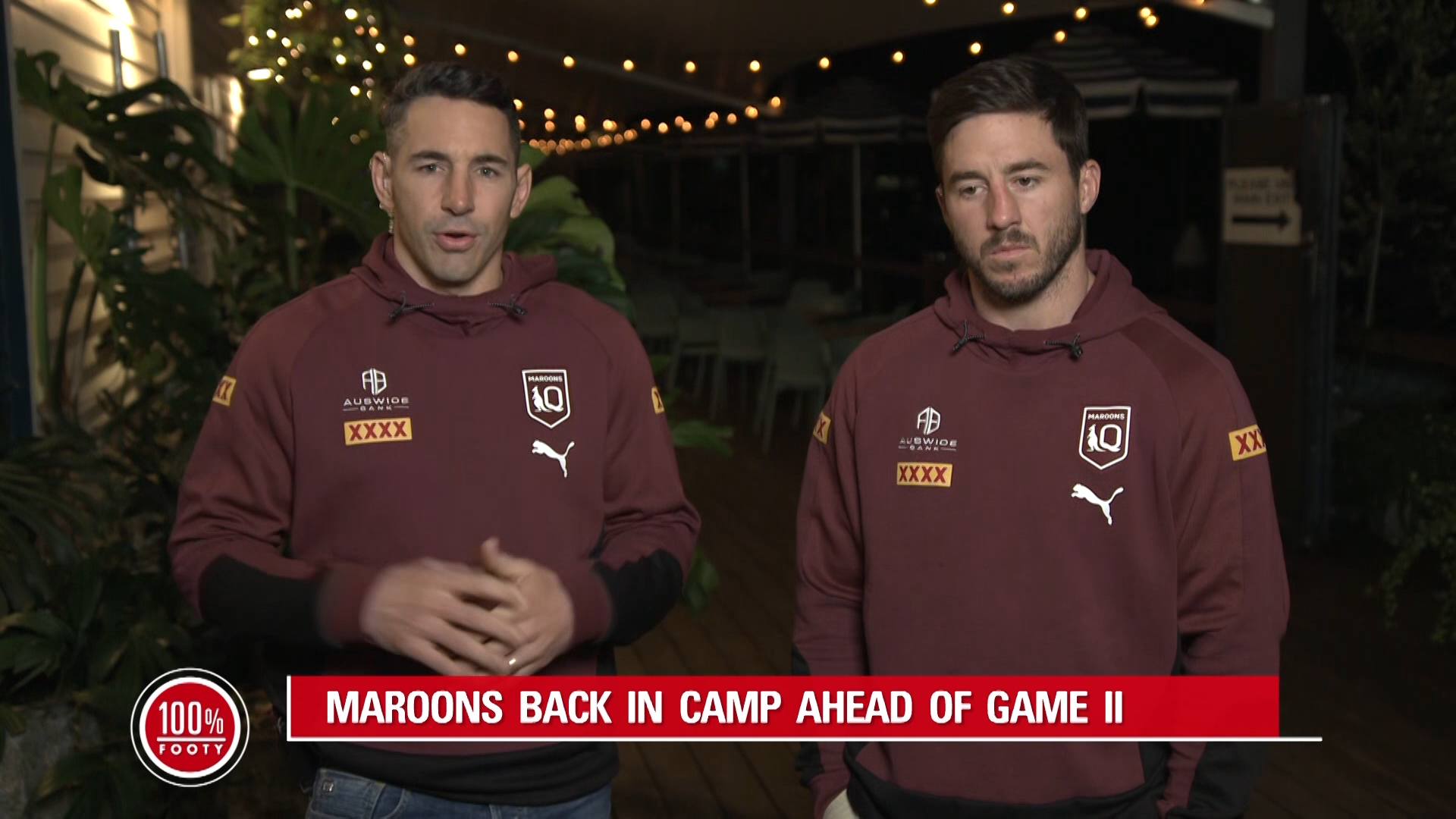 Ashley Klein has retained his post as referee after officiating game one. 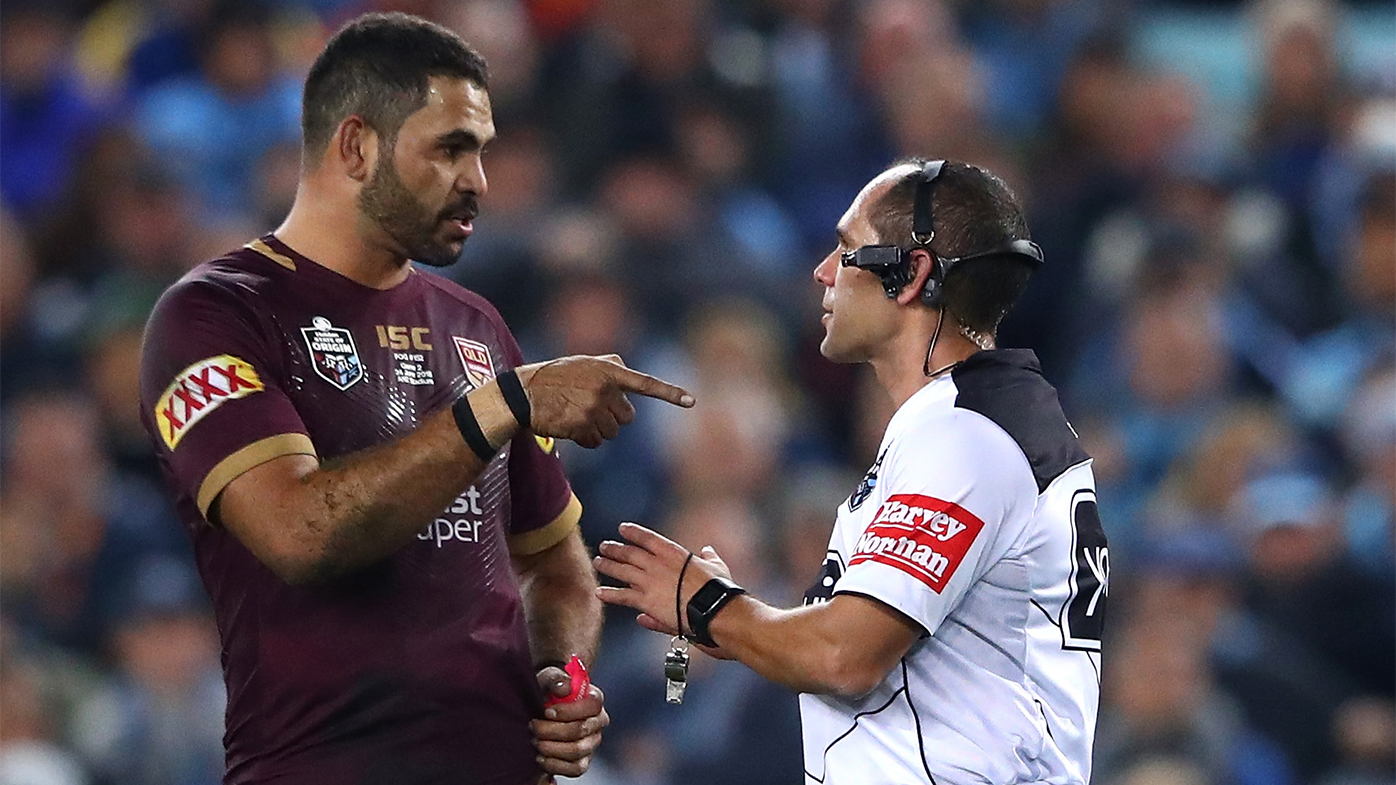 Many are intrigued by the selection of Talakai, who Fittler named in the No.17 jumper.

Talakai’s push for a NSW jersey received a huge boost when he dominated the opening half of Cronulla’s win against Manly in round seven. He piled up 20 runs for 262 metres, as well as eight tackle busts, three linebreaks, three try assists and two tries of his own.

Talakai struggled in his time at the Rabbitohs, but he’s transformed into a lethal ball-runner at the Sharks.

The 25-year-old can do a job in the centres and back row, and his X-factor is massive. 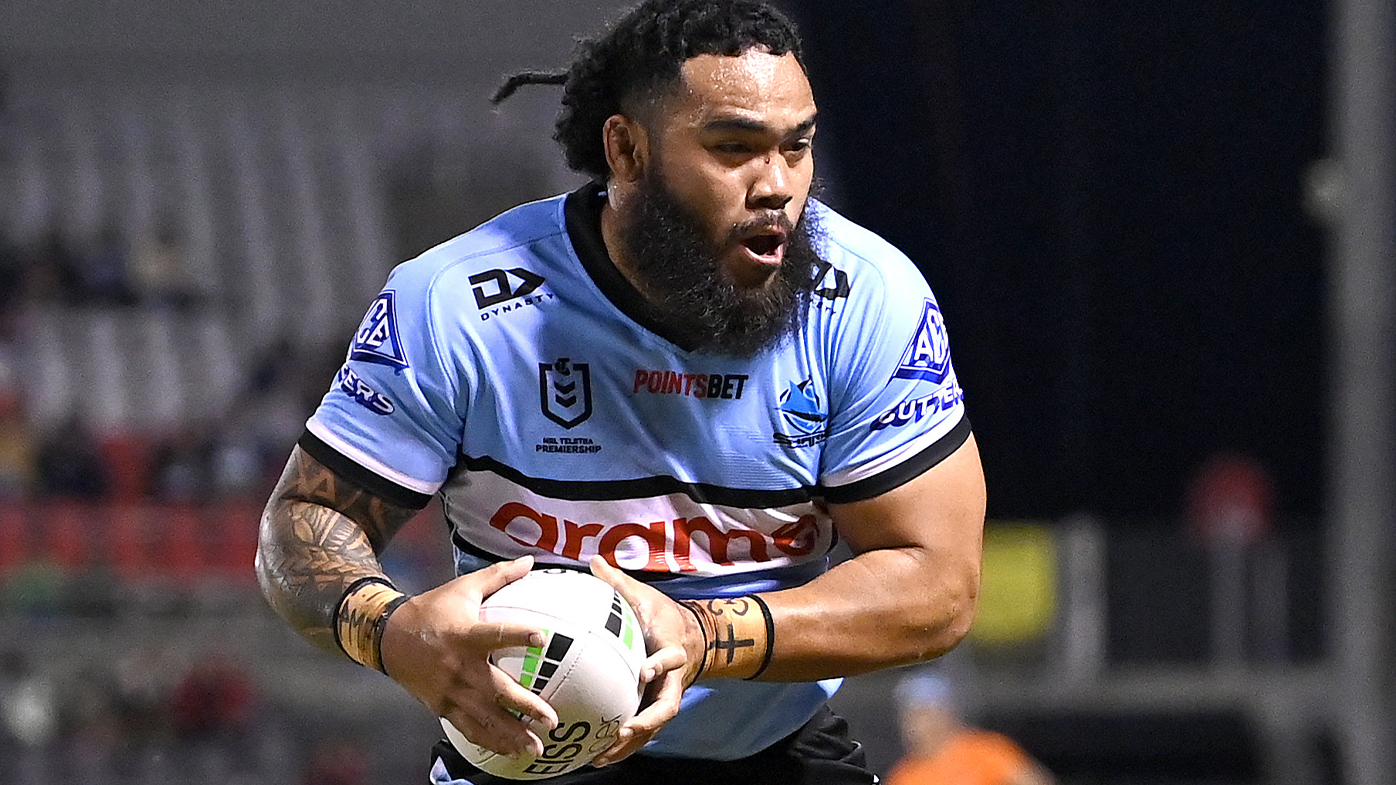 Cleary on a mission

By the age of 23, Nathan Cleary had clinched an NRL premiership, won three Origin series and took out two Dally M halfback of the year awards.

But the Panthers superstar failed to fire in the Origin opener and the heat is on him to deliver in game two.

“They did a good job in the first game. They had great kick pressure and got to me a few times,” Cleary said.

“I need to be better. I’ll try and get myself into better spots. I’ll watch video and see where the pressure is coming from and work around that.

“It’s a part of footy, especially in Origin, and it’s on me to fix it.”

Cameron Munster was lauded for producing a Wally Lewis-esque performance in the Maroons’ opening-game triumph.

The megastar five-eighth finished the match with 19 runs, 188 run metres and eight tackle busts, and halted a NSW threat late in the dying minutes when he stripped the ball off Stephen Crichton.

Expect a swarm of sky-blue jumpers to be swamping Munster every time he touches the ball.

The under 19s men’s State of Origin game will be played at Sydney’s Leichhardt Oval on Thursday from 7.45pm, in a double header with the under 19s women’s match.

Watch the under 19s men’s State of Origin exclusively live and free on 9Gem and 9Now.