Simon Whitlock has labelled success at the PDC World Cup of Darts as “the pinnacle of my long career” after he and Damon Heta claimed victory in the final.

The pair were too strong for the Welsh duo of Gerwyn Price and Jonny Clayton, taking the best-of-five series in four matches.

The pair dedicated their win to the tragic death of Anderson, who died last year at just 33.

“I was thinking about Kyle the whole time we played,” Whitlock said afterwards.

“We miss him – he was a great guy and a great dart player.”

Heta said he played Anderson’s old walk-up music as inspiration during the tournament.

“This was for Kyle, and for Australia in general,” he added.

“We’ve got so much support back home and hopefully, this can build the game in Oz.” 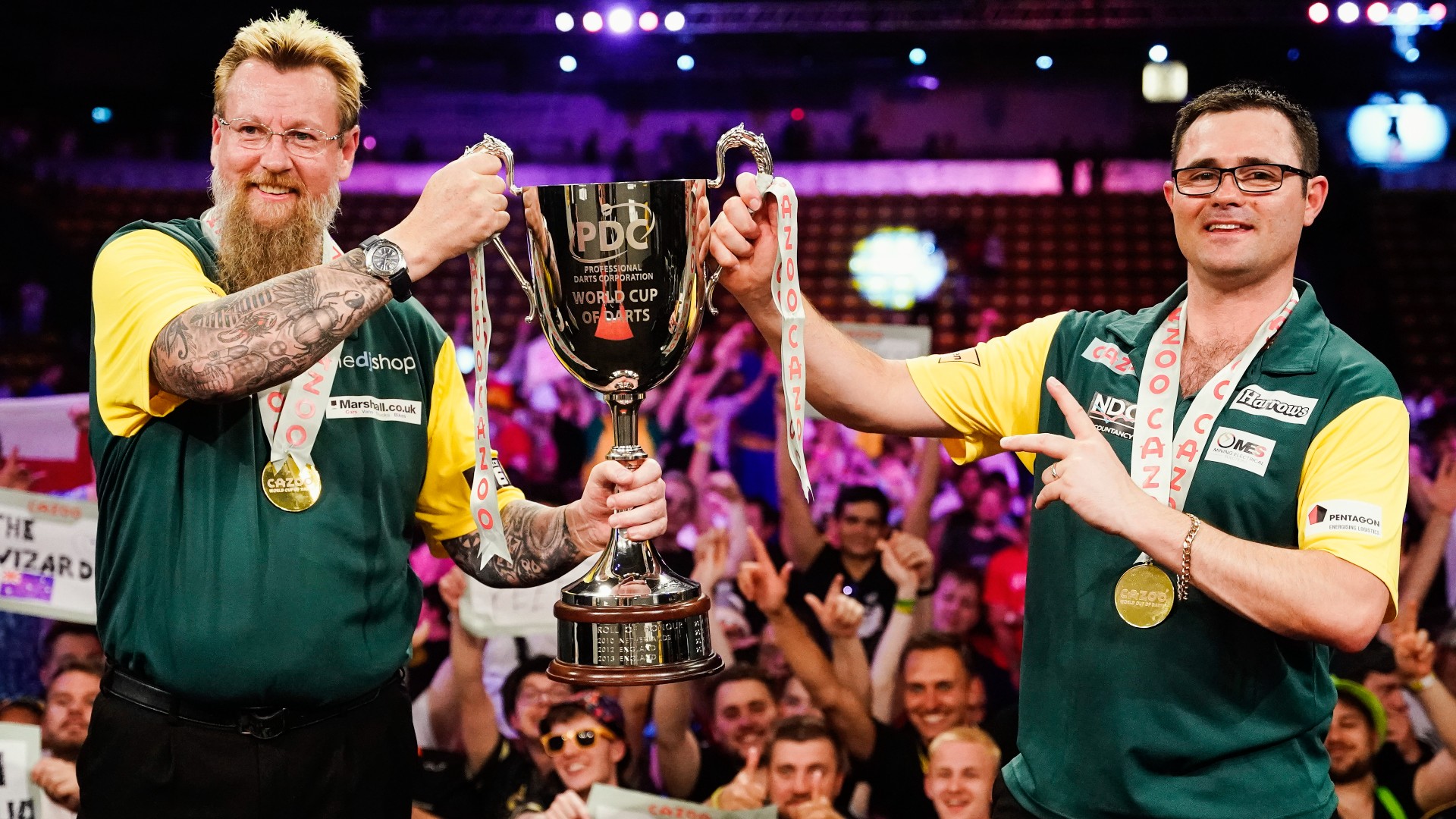 The victory in the final was especially sweet, given that Wales had knocked them out of each of the past two tournaments at the quarter-final stage.

It capped off an impressive run for the duo, who beat Lithuania, Sweden, and Belgium before facing the top-seeded English pair of Michael Smith and James Wade in the semis.

Heta defeated Smith in a 4-3 thriller, before Whitlock produced some of the best play of his wonderful career to clean sweep Wade, 4-0.

“I am so proud for us both, for Australia and for my past team mate Kyle,” Whitlock tweeted.

“Thank you everyone I am the happiest person in the world right now.”