‘We’re not saying no to transgender athletes’

Members of swimming’s international federation widely adopted a new “gender inclusion policy” that only permits athletes who transitioned before age 12 to compete in women’s events.

“I’m just thankful that we finally have a decision and a direction we’re going,” Seebohm told Nine’s Today. “It’s a decision we were all, I think, hoping for, but we didn’t know if anyone could actually make that decision.

“We’re not saying no to transgender athletes, we’re saying, ‘yes we’re going to make a category for you’.

“It makes it easier for the athletes knowing what’s going on, how the competition is going to look and that the sport can continue to be as fair as it can be and still include everyone.”

The verdict hinged on a majority vote at the organisation’s general congress after hearing presentations from three specialist groups.

“71.5 per cent of people voted this way so, I mean, how can we disagree with this vote?” Seebohm asked.

“From my understanding they had scientists, they had legal people, they had athletes, and they had transgender people in this vote so we have tried to include everything and I think they’ve really done it from a scientific background as much as we have the knowledge.”

The four-time Olympian discussed the sensitivity and controversy around debating transgender and gender-diverse participation in professional sport, saying the repercussions of speaking out can be “scary”.

“I think it was a matter of once one Australian athlete said something, it was like, let’s stand together because we all feel the same it’s just that we were all too scared to be the first one to say anything,” the 30-year-old said. 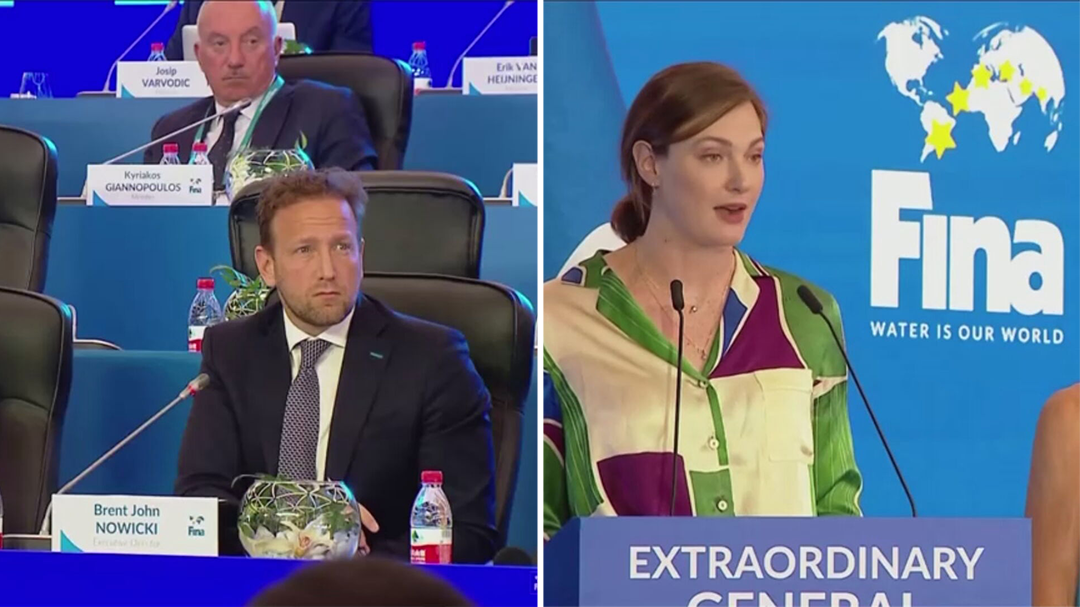 “They are bringing in an open category for athletes who identify in any way. There’s going to be a competition for [transgender athletes] based around everyone else competing as well – the male category, the female category and the open category – I mean you’ve got the Paralympics as well,” Seebohm said.

“They’ve got tons of different categories to include everyone, this is just a new level of inclusion.”

Seebohm acknowledged that this was not the end of the trans-in-sport debate in Australia and sports worldwide and that there was still a long way to go to ensure all groups are satisfied.

“I think there’s going to be people who will be upset with this decision but this decision was made by a majority of people,” she said.

“This is going to be a snowball effect, we are one of the first sports to make a decision.

The announcement aligns with the World Swimming Championships which is currently underway in Budapest.

Australia remains in second spot on the medal tally after medals from Kaylee McKeown, Elijah Winnington and the women’s 4x100m freestyle team in the opening two days of competition.

Mates ‘raged all night’ in his house amid US Open prep