Suliasi Vunivalu has re-signed with Rugby Australia until the end of 2023, saying the lure of playing in a World Cup for Australia was too much to turn down.

The confirmation comes after widespread conjecture that the former Storm winger would remain in the 15-man code, and challenge for a World Cup berth with the Wallabies.

“I’m enjoying my time at Ballymore with the Reds. I’ve made a lot of good friends here and I have enjoyed learning from someone who also has experience in both codes in Brad Thorn.”

The 26-year-old won two grand finals with Melbourne before switching to rugby in 2021, where he has struggled for fitness – and as a result, is yet to play for the Wallabies. 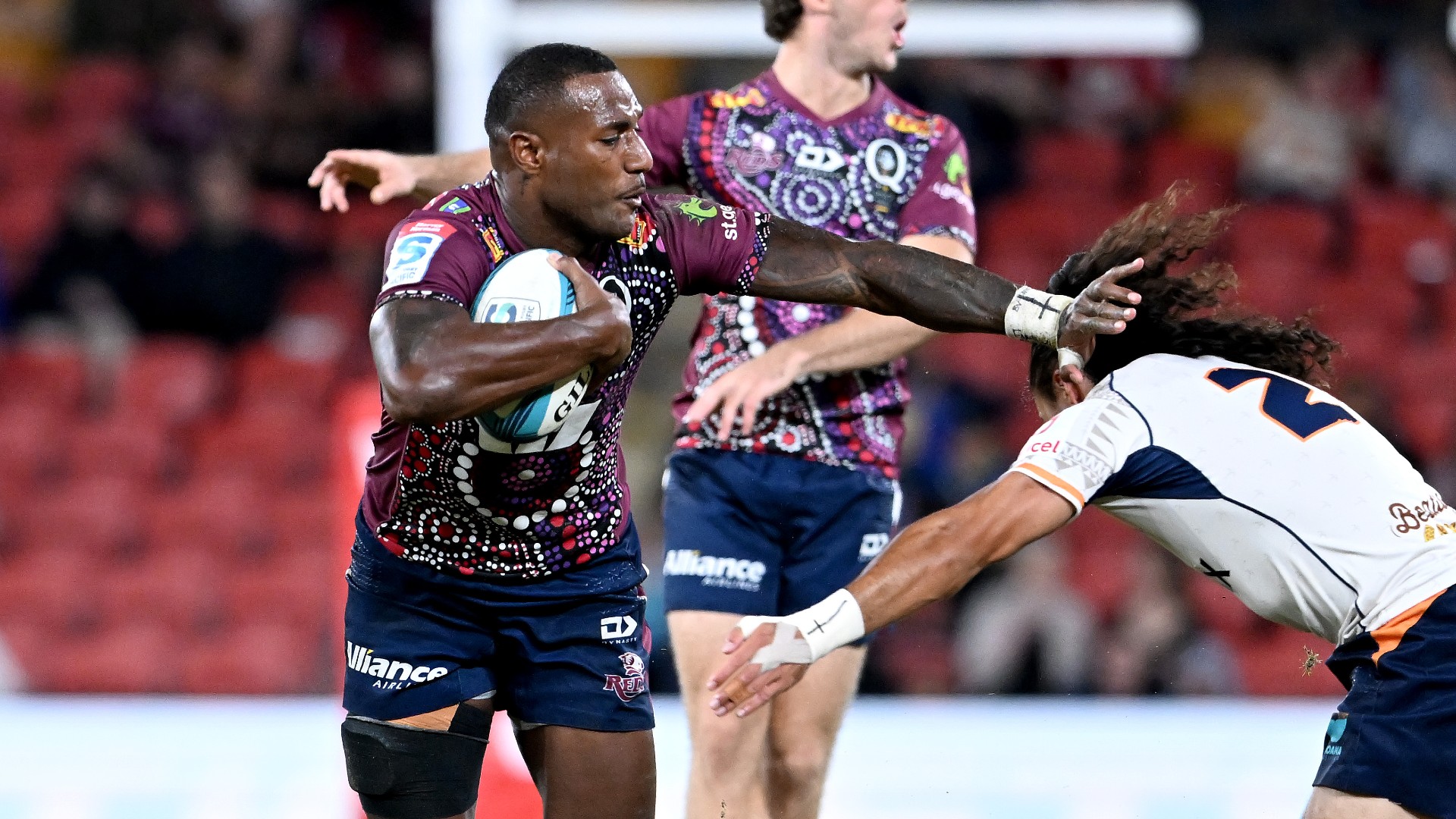 Multiple hamstring injuries have kept him to just 15 games for the Queensland Reds across two years, although he is currently in camp with the national team and hopeful of a debut in the upcoming series against England.

“I still have a lot to learn, but Queensland is the best place for me to reach the next level,” he said.

“Playing in a World Cup for Australia was a big reason I made the move to Rugby last year and I’ll be doing my best to hopefully achieve that goal.

“I’m looking forward to learning more over the next few months in Wallabies camp and taking that back to the Reds in 2023.”

Wallabies coach Dave Rennie hinted last week that Vunivalu was close to a debut, and said today that the winger’s re-signing was a huge boost for the sport.

“Having Suli re-sign is a massive positive for all supporters of Australian Rugby,” he said.

“He’s an incredible athlete with huge potential and having him in the Wallabies squad is only going to accelerate his development.

“His ability in the air is phenomenal and we’ve been impressed with his work ethic and desire to improve all areas of his game.”

Australia will play three matches against England on Saturdays July 2, 9, and 16, the first of which coming in Perth before the series moves to Brisbane, and then Sydney.

TGP Analysis: Data from National Statistics in England Reveals Almost 530,000 Vaccinated Have Died Including Non-COVID Deaths Between January 2021 and March 2022